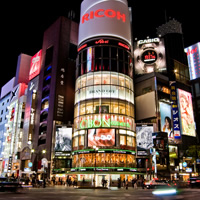 The Ginza district is a luxury shopping area located in the district of Chuo, Tokyo, south of Yaesu and Kyobashi, and north of Shinbashi. The area was built on a former swamp, that was filled during the 16th century, and the name Ginza comes from the silver coin mint that was established there in 1612, during the Edo period. It is known as one of the most expensive places in the world, with luxury top name department stores such as Channel, Caroline Herrera, Dior, Gucci and Louis Vuitton and hundreds of other retail stores located in the area. Amongst the shops, there are exclusive restaurants, art galleries, drinking establishments and hotels, a very popular area on Sundays (12 pm - 5 pm) when the main street `Chuo-Dori` is closed to traffic and pedestrians can shop and stroll along the street. The famous Wako building and Hattori Clock Tower are featured in Ginza along with tech companies like Sony, Nikon and Apple showcasing the latest and greatest gadgets. 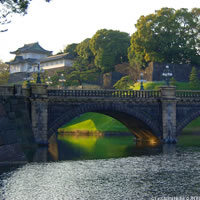 Hibiya is an area covering part of the Chiyoda Ward in Tokyo the heart of the business district, the area along Hibiya Street from Yurakucho to Uchisaiwaicho is the Hibiya district featuring Hibiya Park and Hibiya Station. Tokugawa shogun built his magnificent castle in Hibiya and is home to the Imperial Palace today which is home to Japan`s 125th emperor, the palace was built on the ruins of the Edo Castle. The area features theaters and hotels that date back to the 20th century; the most popular theater in the neighborhood is the Takarazuka Theater which features an extravagant all-female production. 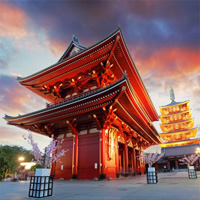 Shibuya is one of Tokyo`s busiest neighborhoods with the Shibuya Crossing the busiest crosswalk in the Japan, Shibuya Station the busiest train station in Japan and Tokyo`s busiest shopping and entertainment districts, the area is like the Times Square of Japan. The area features a mix of shops, restaurants, bars and clubs along with the Meiji Shrine the area includes many well-known commercial and residential districts including Harajuku, Yoyogi, Ebisu and Higashi. 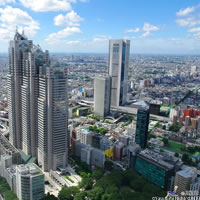 Shinjuku is Tokyo`s largest neighborhood, it is so big that it is made up of many different neighborhoods with several separate towns and villages that grew together as one to form the Tokyo metropolis. The area is a major commercial and administrative center with the busiest railway station in the world Shinjuku Station. Tokyo`s tallest skyscrapers are located in Shinjuku housing business offices along with numerous restaurants and bars, a well-known location for nightlife with the locals. Tokyo`s red light district Kabuki-Cho and Shinjuku Ni-chome Tokyo`s premier gay bar district can be found here. Shinjuku Gyoen is the park here originally built as the garden for the Imperial household and a famous venue for cherry-blossom viewing in March and April