Welcome to Hanoi! Upon arrival at the airport, you will go through customs and immigration. Should you opt to purchase a transfer to your hotel; a representative will be waiting for you as you exit immigration. Arrive at your hotel, check in and do not give in to jet lag! There is so much for you to see and do!

We recommend you get acquainted with the city by choosing a sightseeing tour such as the Hanoi bus tour which transports you around the city offering stops at 14 popular tourist attractions. Head over to the famous Old Quarter where you can explore the area`s 36 streets, wander down the winding alleyways filled with shops and street food, grab some Vietnamese pho and some strong coffee, then begin exploring the sights of this capital city. Check out Dong Xuan market, the largest indoor market in Hanoi filled with fresh produce, souvenirs and plenty of food.

The Old Quarter is home to many attractions such as the Bach Mah Temple which is situated in the heart of the district and is one of the oldest Buddhist temples in the city with the legendary `white horse` statue featured inside.

Head over to the Hanoi Memorial house, a well-preserved property that was once a traditional merchant`s house in the late 20th century. A beautifully decorated house that is filled with antiques and artifacts, you can even see local crafts people and calligraphers at work.

The magnificent St Joseph`s Cathedral is located on Nha Tho Street, the spectacular Neo-Gothic architectural style of this church is simply breathtaking on the inside and outside. It is the oldest church situated in the capital city featuring two large towers and five bells.

Stroll around the beautiful Hoan Kiem Lake, walk down the shaded paths covered by weeping willow trees and discover some of the city`s well-known landmarks such as the red wooden Huc Bridge, the Ngoc Son Temple, and the Turtle Tower.The lake is a perfect place to catch a sunset

On your first evening in historical Hanoi attend the Thang Long Water Puppet Theatre, this world famous show is unique to Northern Vietnam and dates back to the 11th century where locals put on a show with wooden puppets whose stage is a pool full of water, the show is accompanied by a live orchestra playing traditional music and songs that narrate the show. 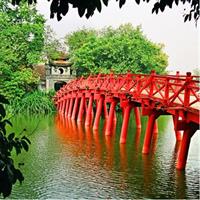 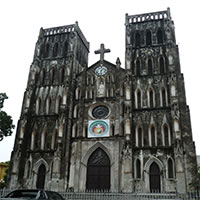 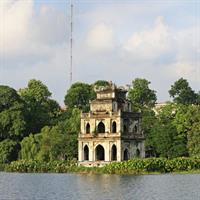 Start your day off with a hot cup of traditional Vietnamese coffee and a French baguette the way the locals do. Set out for a day of exploring this beautiful city`s history and architecture with a visit to its many temples and museums. Begin at the Ho Chi Minh Museum situated in the Ho Chi Minh complex an area dedicated to the late leader Ho Chi Minh. The museum is spread over 5 floors with the main exhibition hall located on the third floor, marvel at the artifacts on display and the bronze statue of the president standing in the courtyard; wander around the grounds featuring ponds and fountains where the president once resided.

From here make your way to the Ho Chi Mausoleum, the large memorial building is situated in the center of Ba Dinh Square, it is the final resting place for the late president known as Uncle Ho. His body is embalmed in a glass case situated in the central hall where people from all over the world come to pay their respects to the great leader.

Visit the One Pillar Pagoda, the Buddhist temple is one of the most iconic temples in the city dating back to 1028, the pagoda was built to resemble a lotus flower growing out of the water. Check out the beautiful gardens that surround the temple filled with bonsai trees.

Head over to the Presidential Palace, a magnificent 3 story French Colonial style building enclosed by large wrought iron gates and surrounded by mango trees and an orchard; explore the beautiful grounds featuring botanical gardens and a carp pond.

Grab some lunch at one of the many street side stalls located in the city, try some traditional Bun cha (grilled pork with noodles in a sweet sauce) and spring rolls, cha ca (spicy fish fry) or banh mi (Vietnamese sandwiches).

For your second evening in the city head to the Hanoi Opera House situated by the Hoan Kiem Lake, the building features classical French architecture and the venue for many events including concerts, ballet, and symphonies. The Hilton Hanoi Opera Hotel is situated across the road where you can stop in at the bar and enjoy a drink before your show.

After the show wander around the lake and browse the shops and bars that line the waterfront. 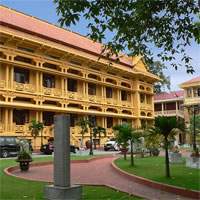 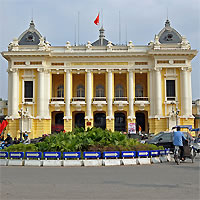 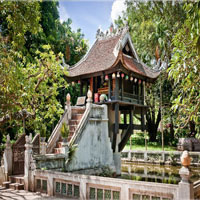 Today make your way to Ba Vi National Park, one of the most famous scenic locations in Vietnam with its stunning natural beauty covering 26,720 acres of mountain range situated 30 miles west of Hanoi. Enjoy the tropical rainforest surroundings and topography this beautiful national park has to offer. Walk or hike through the sub tropical terrain of the three tiered mountains that stand in the park, Dinh Vua, Tan Vien and Ngoc Hoa, the views from their summits are simply superb. At the top of Tan Vien stands a shrine in memory of the Mountain God, panoramic views from here stretch out over Hanoi and the Red River Valley. Enjoy a picnic in the park where there is a bird garden and an orchid garden. Make your way back to town.

Take part in an authentic Vietnamese cooking lesson where you will meet with your host and visit the local market to gather your ingredients, and then head back to the chef/hosts residence where you will learn to cook together and enjoy the dishes you have prepared.

Spend your last evening on the vibrant streets of the Old Quarter where you can find some of the best nightlife in the city. Sit back and enjoy a drink or two at one of the many bars and pubs situated on these historical narrow streets, listen to live music and enjoy entertainment where visitors and locals fill these lively streets. Retire for the evening; this area closes down at midnight. 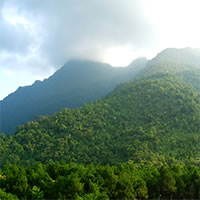 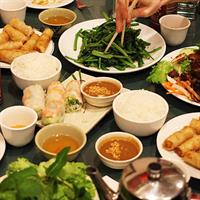 Should you be able to spend additional days in Hanoi visit the Perfume Pagoda located 37 miles southwest of Hanoi in the Huong Son Mountain ranges, the journey begins by boat followed by a hike up to where the temple lies. Built into the cliffs of Huong Tich where there are several Buddhist temples that surround the Pagoda. Visitors come here in search of good luck from inside the famous cave where stalactites and stalagmites are said to bring luck when touched.

Visit the Vietnam Museum of Ethnology where the main focus is on the rituals and diverse cultures of various ethnic groups from all over Vietnam. The complex is huge covering over 10 acres of land featuring an open air exhibit, a library, an auditorium and over 15,000 artifacts.

The Imperial Citadel of Thang Long is a cultural complex in the heart of the city which served as the capital of Vietnam for over eight centuries and the political center for 13 consecutive centuries. The site signifies cultural and historical importance to the country and its residents.

The Temple of Literature which is dedicated to Confucius, sages and scholars and home to the Imperial Academy, Vietnam`s first national university. Built in 1070 featuring Vietnamese architecture the building is incredible and well preserved. There are many pavilions and halls that sit on 13 acres of land featuring 5 courtyards, gardens and ponds with 82 `Stelae of Doctors` statutes.

If you get the chance stay at the Tan Da Spa nestled in the foothills of the mountains in the Ba Vi National Park set in a breathtaking natural setting with stunning views. Visitors can stay here and relax at the spa which offers mud baths, natural hot springs, and spa treatments.

Enjoy Bia Hoi the local beer at happy hour at the Bia Hoi Junction! A must do experience on the streets of the Old Quarter where locals and visitors gather outside in a large open air bar setting to enjoy beers for VND5,000 (US$0.50 beers).

If your additional days in Hanoi fall on a weekend be sure to visit the famous Hanoi Weekend Night Market which runs Friday through Sunday from 6 pm onwards in the Old Quarter. The streets are lit up and filled with roadside stalls selling clothing, souvenirs and street food. 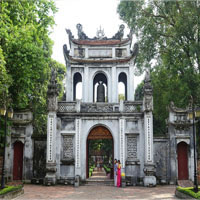 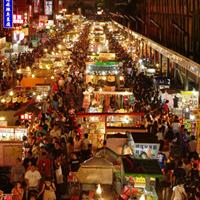 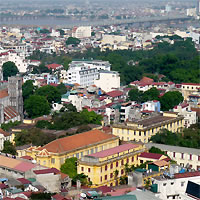 Your Last Day in Hanoi 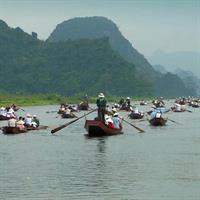