Ocean City is one of the oldest seaside resorts on the U.S. East Coast, dating from 1875. Nearly three dozen resorts and hundreds of hotels line the beachfront and the 2 1/4-mile Boardwalk, an Ocean City staple.
Rehoboth Beach

Rehoboth Beach is one of the most popular of the Delaware Beaches. It is often called `The Nation`s Summer Capital` because so many visitors come from the D.C. area. Peaceful Dewey Beach sits a half-mile to the south.
Wilmington

Wilmington, the largest city in Delaware, was later permanently settled by the English but was founded by the Swedes as Fort Christina in the 17th century, making it the first Swedish colony in the U.S.
Baltimore

Baltimore, Maryland`s largest city, is a history buff`s goldmine: Over 30% of the city`s buildings are on the National Register of Historic Places, more than any other city.
Washington, D.C.

The nation`s capital is technically in the District of Columbia, but many historic and popular suburbs, such as Bethesda, Rockville, and Potomac, are located in Maryland.
Interests

Historic Towns of the Mid-Atlantic
The site of the first permanent English settlements and the places that played pivotal roles in the Revolutionary War, the War of 1812, and the Civil War – these historic places are all in the Mid-Atlantic.

Iconic American Road Trips
Out of all the ways you can see the United States of America, there`s really no other mode of transportation that is more exciting and freeing than the automobile. The United States is known for some of the most iconic road trips in the entire world.
More to Explore
City and Beach Holidays in Virginia

Virginia's coastline clocks in at just 112 miles but there is something to be said about quality over quantity. From Virginia Beach to Chincoteague, you'll fall in love with the state's beaches and its inland cities.
City and Beach Holidays in the Carolinas

North Carolina and South Carolina have nearly 500 miles of Atlantic coastline between them, and there are many city and beach destinations to be seen and enjoyed in both states.
City and Beach Holidays in Massachusetts

Massachusetts offers some of the most intimate and luxurious beach destinations in the country, at places like Cape Cod, Martha's Vineyard, and Nantucket, which you can combine with nearby Boston.
City and Beach Holidays in Florida

If you have more time, consider driving south on Interstate 95 through Virginia, the Carolinas, and Georgia down to Florida and explore some of the Sunshine State's 1,350 miles of gorgeous coastline.
CITY AND BEACH HOLIDAYS IN MARYLAND AND DELAWARE 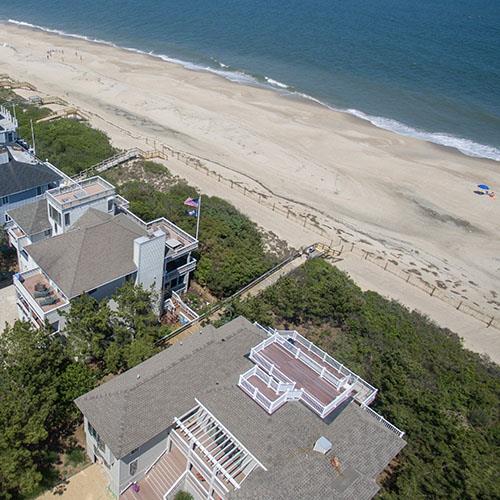 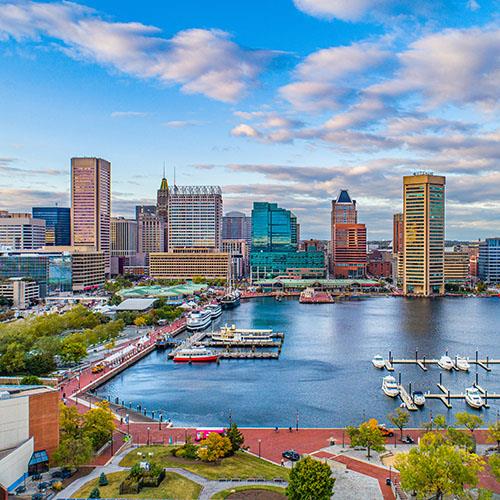 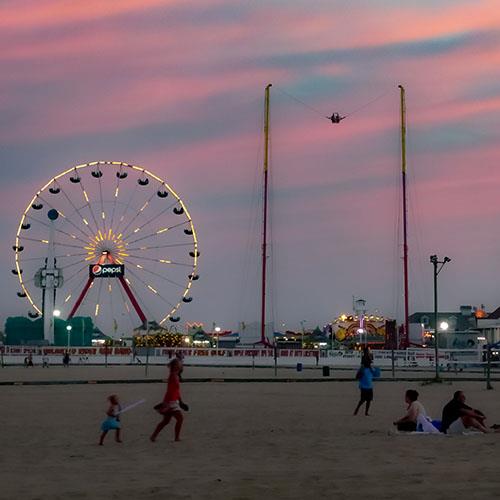 The coastal states of Maryland and Delaware are home to some of the most beautiful beaches on the East Coast and some of the U.S.`s most dynamic cities. This is a perfect place to relax on the beach one day and sightsee in such bustling metropolitan areas as Baltimore and Wilmington the next. There`s a lot to see in the states along the Atlantic and the Chesapeake, so find and book your perfect city and beach holiday in Maryland and Delaware today!