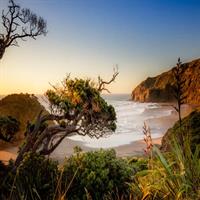 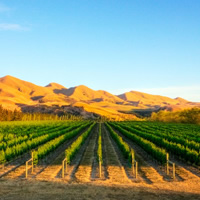 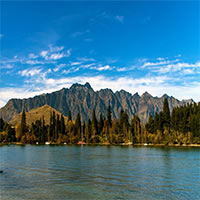 Due to New Zealand`s location in the Southern Hemisphere, the seasons are opposite to those in North America, Europe, and Northern Hemisphere destinations. The country experiences a maritime climate due to the surrounding waters. It is popular destination year round for a number of activities including hiking, mountain biking, boating, beaches, and skiing. Weather throughout the year is pretty mild and the summer months are filled with sunshine and long days, however, the weather can sometimes be unpredictable depending on the region. For example, the North Island features a subtropical climate most of the year, but the winters get cold. The South Island experiences four distinct seasons, unlike the North and areas such as Central Otago where winter temperatures can drop as low as -4F with steaming hot summers when temperatures rise to a boiling 104F. Rain is more predominant on the west coast and moderate on the east coast, and Milford Sound gets the most rain in the country. The `kiwis` or locals take their holidays from mid-December through January which can mean that beach destinations are more crowded and accommodations are hard to come by. Many businesses also tend to close during the Christmas through New Year`s break.