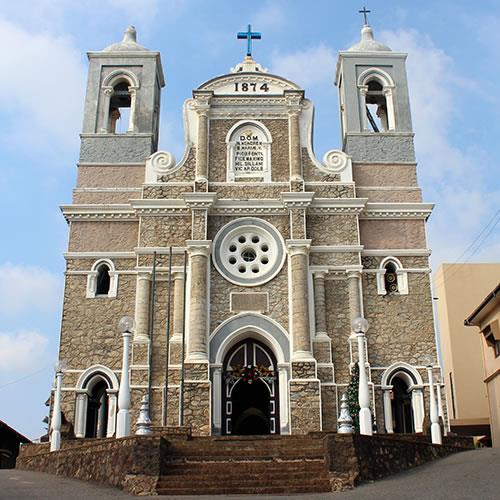 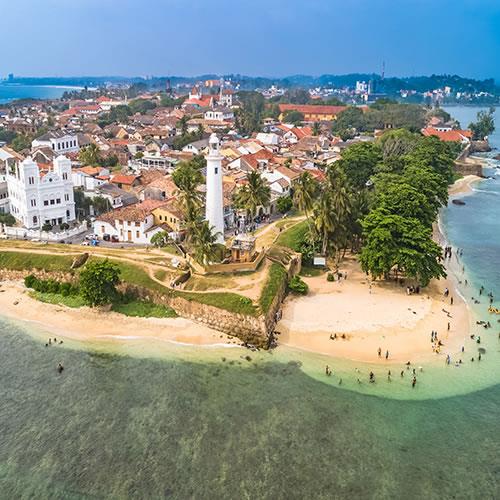 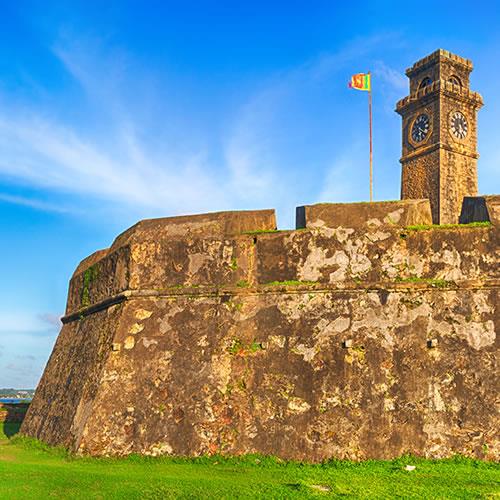 The seaside town of Galle, on Sri Lanka`s southwestern coast, is 72 miles away from Colombo and it`s a truly gem. This historic city built by the Dutch was declared a UNESCO World Heritage Site and can be discovered by walking through the town, with its Dutch-colonial-era structures, splendid mansions and ancient mosques and churches.

Sri Lanka Holiday Escape. Combine Colombo (the commercial capital and largest city of Sri Lanka by population), Galle and Bentota (Its long Bentota Beach stretches north, where it becomes a sandy strip known as Paradise Island, parallel to Bentota Lagoon. Coral-rich dive sites include Canoe Rock) with transfers between cities included. This is a flexible package. Select your number of nights in each city, desired hotel and activities.
Included:
6 nights from $1,714*
Customize it

Galle
Map of Point of Interest

Browse all 13 customizable packages  or  Build Your Own Itinerary

Sri Lanka and Beyond