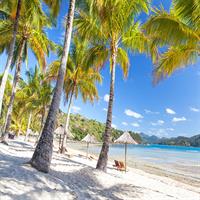 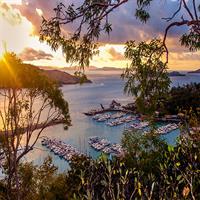 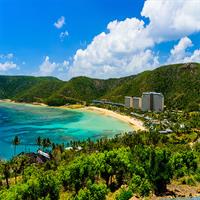 The Idyllic tropical paradise of Hamilton Island is the largest inhabited island of the Whitsunday Island chain. A gorgeous island covered by lush verdant bushland and fringed by pearly beaches and piercing blue waters. Hamilton Island is brimming with popular resorts perfect for sun-soaked vacations along with endless water sports, beachfront restaurants, and vibrant sunsets.

Combine Sydney, Brisbane and Hamilton Island with flights between cities.
Included:
7 nights from $4,316*

Sought-after Holiday Destination! Begin this incredible experience flying into Melbourne, "the city of all seasons" and home to sporting and cultural events. Combine this marvelous getaway flying into Hamilton Island, a breathtaking paradise located in the heart of the Whitsundays, surrounded by idyllic coral fringed beaches and azure waters providing the perfect tropical escape. Last but not least is Sydney, home to Australia's most emblematic attractions such as Sydney Opera House, Sydney Harbour Bridge and The Rocks historic area. Unforgettable adventure!!!

This is a flexible vacation package to Australia with daily departures from anywhere in the USA or Canada. Choose your length of stay. Pick your own flights, hotels and activities. Add, remove or reorder cities.

Australia at its best! Visit Sydney, Australia's biggest city, named the world's best city by readers of the U.S. magazine Travel and Leisure and one of the top ten beach city destinations in the world by a National Geographic survey. Then escape to Port Douglas, a superb snorkeling and breathtaking rainforest. Then you will reach Hamilton Island, a breathtaking paradise located in the heart of the Whitsundays, surrounded by idyllic coral fringed beaches and azure waters providing the perfect tropical escape. Last but not least is Brisbane where you will discover its vibrant urban villages. Each suburb is a hub of activity with its own unique personality. Hallmarks include The South Bank Parklands, The City Botanic Gardens and The Australia Zoo.

This is a flexible vacation package. Select your number of nights in each city, desired hotel and activities.
Included:

Browse all 128 customizable packages  or  Build Your Own Itinerary