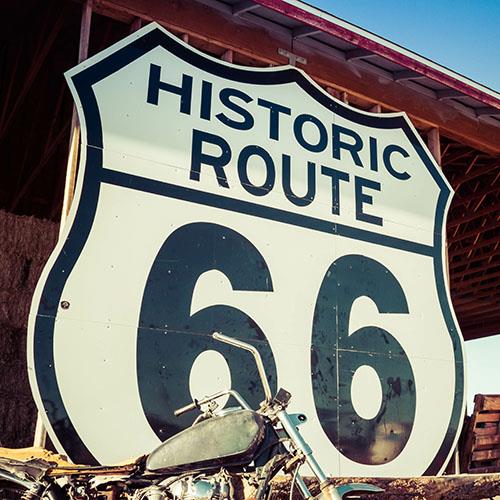 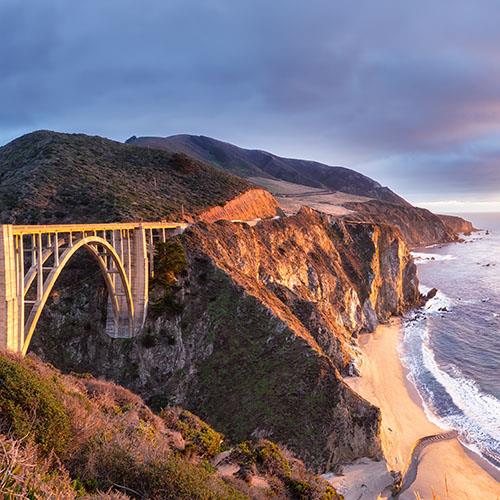 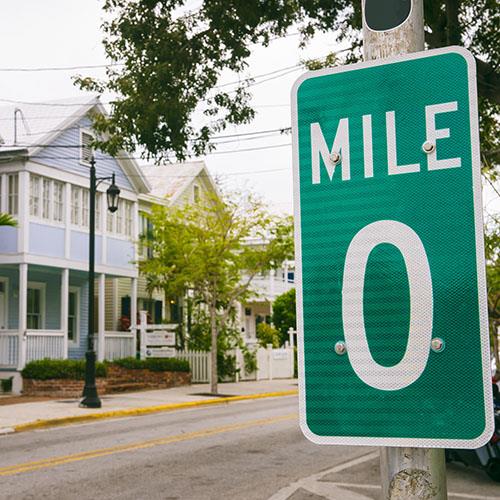 Out of all the ways you can see the United States of America, there`s really no other mode of transportation that is more exciting and freeing than the automobile. The United States is known for some of the most iconic road trips in the entire world; it`s where you can see all facets of the country, the tranquil and the exciting, the rural and the urban, its history and its future. Put the top down, blast some tunes, and enjoy the open road as only the USA can show you.

Explore iconic Route 66 on a long ride from east to west, venturing through Illinois, Missouri, Oklahoma, and Texas - with nearly endless opportunities to experience culture, excitement, and beauty. Combine Chicago (set on beautiful Lake Michigan the city is well regarded for interesting architecture - like the Sears Tower - and its cultural highlights from museums to theaters and more), Springfield, Illinois (home of President Abraham Lincoln as well as his Presidential Library), St. Louis (whose beautiful and famous Gateway Arch welcomes visitors to this city on the Mississippi River), Springfield, Missouri (an Ozark city with lots of Route 66 history), Tulsa (Oklahoma`s vibrant second-largest city, with a sizable arts scene), Oklahoma City (the capital of Oklahoma and home to the National Cowboy and Western Heritage Museum and the Oklahoma City Memorial) and finally Amarillo (nicknamed `The Yellow Rose of Texas`, boasts a great food scene, historic districts, and easy access to Palo Duro Canyon). This is a flexible vacation package. Select your number of nights in each city, desired hotel and activities.
Included:
15 nights from $1,356*

Close more details
An amazing Road Trip Adventure, across the emblematic "Main Street of America" exploring east-west states with a Rental Car. Start in Texas, in Amarillo ("the yellow Rose of Texas" is home to the popular Route 66, famous for its 72 oz. steak challenge). After that, drive to New Mexico, exploring these two charming cities with a blend of Hispanic, Anglo and Native American cultures like Santa Fe (one of the most artistic cities in the United States, and a UNESCO Creative City) and Albuquerque ("The Duke City", with a modern downtown and an 18th-century colonial-era Old Town). Surrounded by natural wonders, like Grand Canyon, Oak Creek Canyon, Walnut Canyon is Flagstaff (The City of Seven Wonders), your next stop in the midst of Arizona. Before to end this unforgettable trip, spend nice moments in Nevada with its famous destination; Las Vegas, the top gambling destination in the country; and in California, with Los Angeles, the largest city on the West Coast with a melting pot of cultures and experiences. This is a flexible vacation package. Select your number of nights in each city, desired hotel and activities.
Included:

Close more details
Take Florida into your own hands, travelling between popular cities with a rental car. Visit Miami (well known for fun in the sun - from sandy shores to its infamous parties), Key West and Key Largo (first city of the fabulous Florida Keys and the self-proclaimed Dive Capital of the World). This is a flexible vacation package. Select your number of nights in each city, desired hotel and activities.
Included:
8 nights from $1,139*

Close more details
Take Oregon into your own hands, travelling between this popular cities with a rental car. Visit Portland (Oregon’s largest city, sits on the Columbia and Willamette rivers), Astoria , Lincoln City and Eugene (known as 'Tracktown,' famous for its track and field champions also the birthplace of Nike). This is a flexible vacation package. Select your number of nights in each city, desired hotel and activities.
Included:
7 nights from $930*