There is so much to explore in Green Bay, such as the Tank Cottage, the oldest building standing in Wisconsin; the historic Hazelwood House Museum; and Bay Beach Amusement Park. No trip is complete without visiting sacred ground for Green Bay Packers fans, Lambeau Field.
Door County, WI

Door County is situated on a peninsula in eastern Wisconsin with Lake Michigan to its east. Door County is sometimes called `the Cape Cod of the Midwest` due to their penchants for fish boils, their numerous lighthouses, and the federally protected landscapes and beachscapes surrounding them.
Lake Michigan Shore North, WI

The Lake Michigan shoreline north of Milwaukee and south of Door County is very diverse geographically, ranging from cities and towns such as Sheboygan and Manitowoc, to beaches, state parks, nature preserves, and windswept golf courses.
Milwaukee, WI

Milwaukee is a place where 19th-century historic buildings share the same city blocks as 21st-century urban renewal projects. It is one of the beer capitals of the world, and today Milwaukee is famous for beer as well as its budding culinary scene and popular cultural events.
Lake Michigan Shore South, WI

The Lake Michigan shoreline south of Milwaukee in Wisconsin is home to two major cities: Kenosha and Racine. Kenosha has its own streetcar, one of the smallest U.S. cities to have one. Racine is well-known for its public beach, one of the most popular on Lake Michigan.
Illinois Beach State Park, IL

Chicago is the largest city in the Midwest region. Famed for its bold architecture, it has a skyline punctuated by skyscrapers such as the iconic John Hancock Center, Willis Tower, and Tribune Tower. A must-visit place for tourists is ritzy Michigan Avenue, part of which is the famed `Magnificent Mile`.
Indiana Dunes Beach, IN

Indiana Dunes Beach is made up of the 25 miles of Lake Michigan shoreline inside the boundaries of Indiana Dunes National Park, which in 2019 became Indiana`s first national park. There are 15 miles of beaches, and the park is home to over 2,300 species of flora and fauna.
Holland, MI

Holland, Michigan is indeed a piece of Holland in the United States. The descendants of Dutch immigrants left two legacies: one, a small town full of Dutch ambience; and two, over 100 churches, giving Holland the nickname `The City of Churches`.
Traverse City, MI

Traverse City is nicknamed `the Cherry Capital` and hosts the annual National Cherry Festival each July. Traverse City is also located in one of the key winemaking regions of the Midwest, and is a popular year-round lake travel destination.
Mackinac Straits, MI

The Mackinac Straits, just 3 1/2 miles wide, separate the tip of the Lower Peninsula of Michigan from the Upper Peninsula. Mackinac Island is a National Historic Landmark and is lovingly restored to its Victorian-era resort town glory.
Interests

Skiing in the USA
The United States is considered one of the most popular ski destinations in the world. There are hundreds of ski resorts scattered across mountain ranges all over the country, situated near villages and towns filled with charm and warmth.
More to Explore
Northern Lights of North America

The astonishing sights of the northern lights should be on everyone`s bucket list, with fascinating displays of vibrant colorful lights that can be seen from locations in North America. Alaska, Canada, and some of the lower 48 states happen to be ideally positioned to see the spectacular show.
City and Beach Holidays in the USA

The USA is home to some of the most beautiful and legendary beaches in the world, such as the ones you enjoyed while on Lake Michigan. Whether you are looking to enjoy the beaches on the Pacific, the Atlantic, or the Gulf of Mexico, be sure to combine it with a city or two!
LAKE MICHIGAN 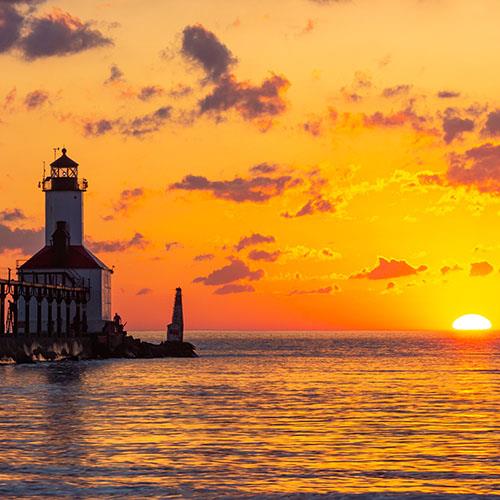 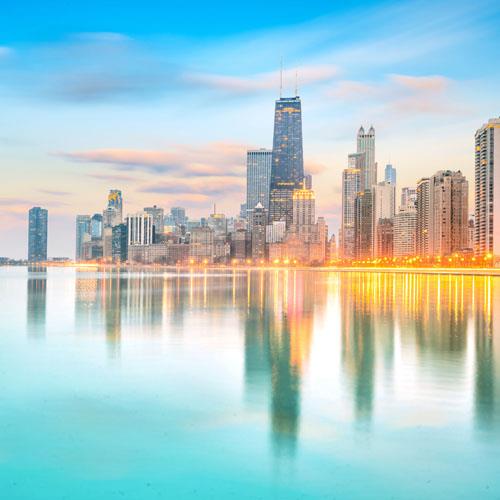 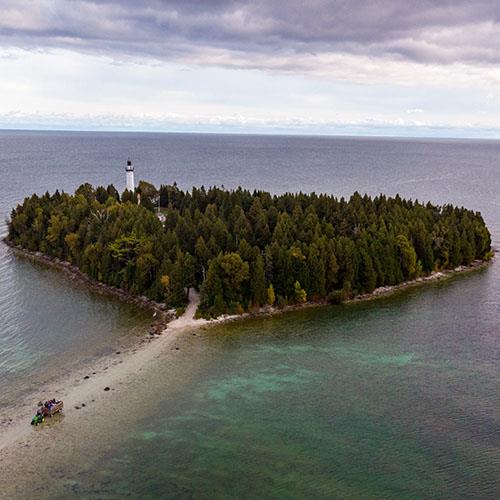 Lake Michigan is one of the five Great Lakes and the only one located completely inside the boundaries of the United States. It is referred to as `the Third Coast` and is known for its peaceful lakeside scenes and the best beaches you won`t find on either coast. The states of Wisconsin, Illinois, Indiana, and Michigan all border Lake Michigan and have their own unique sights such as awe-inspiring state and national parks, historic lighthouses, and sandy shoreline.