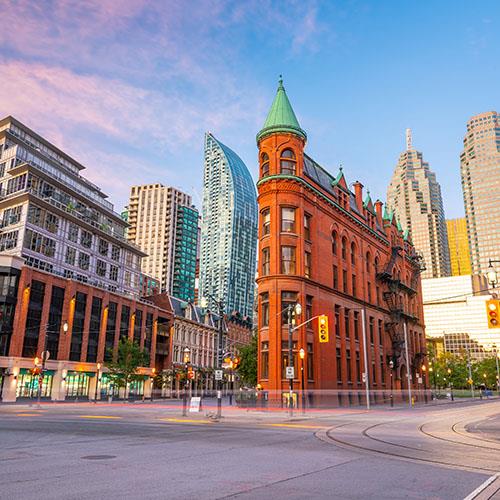 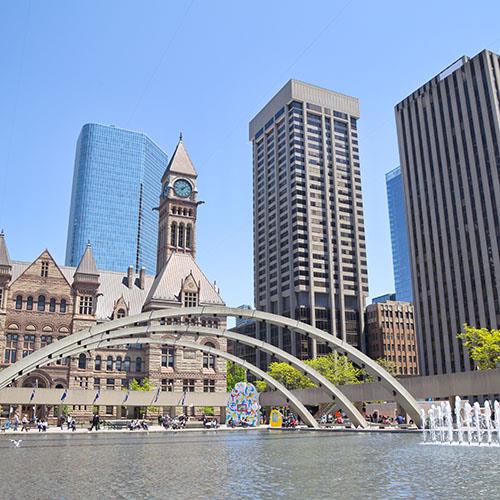 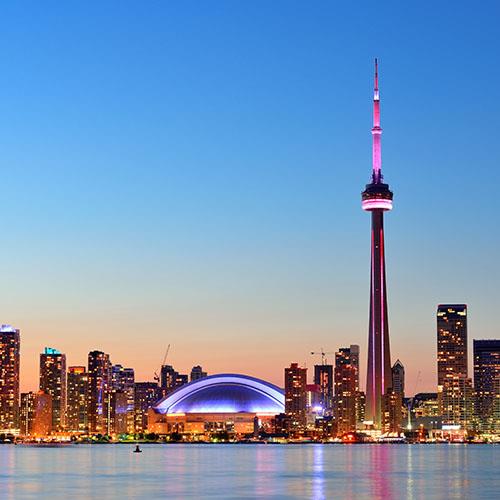 Multicultural and cosmopolitan, Toronto is eastern Canada’s bustling powerhouse capital city. It’s a massive, sprawling place, made up of smaller, individual neighborhoods and a fantastic, lively city to visit. Art, food, beaches, nightlife - in Toronto, you've got it all!

Canada is waiting to be explored, offering many landscapes and exciting attractions. Start this get away in Toronto (the capital of the province of Ontario, is a major Canadian city along Lake Ontario’s northwestern shore) and then take a flight to Montreal(Eclectic city that combines European culture with a North American way of life, with historic buildings, live music, museums and home to many festivals). This is a flexible vacation package. Select your number of nights in each city, desired hotels and activities.
Included:
6 nights from $571*

Close more details
A mix of a cosmopolitan city with breathtaking mountains, lakes and northern lights views in Canada is at your disposal in this package. Start with a stay in Toronto (the capital of the province of Ontario, is a major Canadian city along Lake Ontario’s northwestern shore), and then, catch a flight to the capital city of "Canada’s Northwest Territories"; Yellowknife (the "best place in the world to view the Aurora Borealis"). This is a flexible vacation package. Select your number of nights in each city, desired hotel and activities.
Included:

An in depth vacation to one of the most enduring cities in Canada! Explore Toronto the capital of the province of Ontario, is a major Canadian city along Lake Ontario’s northwestern shore. We recommend at least 4 nights in this incredible city to enjoy its full scope! This is a flexible vacation package. Select your number of nights, desired hotel and activities.

Close more details
An inspiring combination of these two cities in Canada. Start with a stay in Toronto (the capital of the province of Ontario, the major Canadian city along Lake Ontario’s northwestern shore). After that, catch up a flight to Quebec (sits on the Saint Lawrence River in Canada's mostly French-speaking province city; known for its rich history, cobblestone streets, European architecture and fortifications). This is a flexible vacation package. Select your number of nights in each city, desired hotel and activities.
Included:

Browse all 13 customizable packages  or  Build Your Own Itinerary