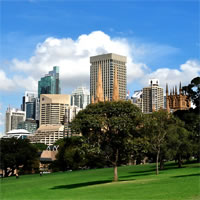 The city center of Sydney is often referred to as the central business district or CBD and is the main commercial center of Sydney New South Wales. The area is home to Australia`s main financial and economic center and is densely concentrated by skyscrapers and other buildings, also featured here are several parks like the serene Hyde Park, beautiful Royal Botanic Gardens and The Domain. The main north to south thoroughfare of the CBD is George Street. The city center is culturally known as Sydney`s focal point for nightlife and entertainment and is home to some of the most significant buildings and structures. 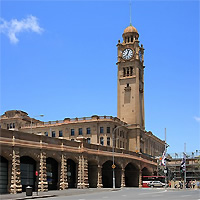 Central station is located at the southern end of the central business district in Sydney, NSW one of the most multicultural cities in the world. Central Station is the largest and busiest railway station in Australia. The area occupies a large city block separating Surry Hills, Haymarket and the CBD bounded by Railway Square and Pitt Street in the west, Eddy Ave in the north and Elizabeth Street in the east with the Devonshire Street tunnel in the south. An abundance of restaurants, bars, cafes and clubs complement the area. 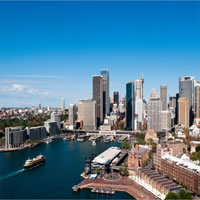 Darling Harbor a massive harbor located adjacent to the city center on the western outskirts of the CBD. It was named after Ralph Carling the governor general of NSW from 1825 - 1831 and was the core working port of Sydney for many decades. The locality extends northwards from Chinatown along both sides of Cockle Bay to Darling Harbor wharf on the east and to the suburb of Pyrmont on the west. It has been designed as a tourist precinct featuring Sydney`s main convention, exhibition and entertainment centers. You can find the Sea Life Aquarium, the Wild Life Sydney Zoo and Star City casino located here along with an abundance of delicious waterfront dining, wine and cocktail bars. 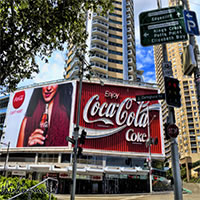 Kings Cross or `The Cross` as it`s known is an inner city locality and has been considered Sydney`s red light district, located just over a mile east of the CBD. Kings cross station sits on the corner of Victoria Street and Darlinghurst Road. The area was Sydney`s bohemian heartland in the early decades of the 20th century and was home to a large number of artists, it is a colorful inner city area and features some of Sydney`s best known nightclubs and restaurants. The small yet vibrant area also features the dandelion-shaped El Alamein Memorial Fountain and is home to cutting-edge theater and comedy.

Potts Point is a small, densely populated suburb of the city located less than two miles east of the CBD it sits on a ridge east of Woolloomooloo, west of Elizabeth Bay and north of Darlinghurst with a trapezoidal shape. Potts Point and Elizabeth Bay encompass Kings Cross. The area consists of tree lined streets, old art deco buildings and several hot spots for foodies! 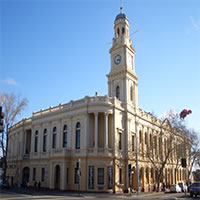 Surry Hills is an eastern suburb in Sydney an affluent inner city area immediately south-east of the CBD in the local government area. It is surrounded by the suburbs of Darlinghurst to the north, Haymarket and Chippendale to the west, More Park and Paddington to the east and Redfern to the south. The area has a mixture of commercial and residential areas, Prince Alfred Park is located here and it remains Sydney`s center for fashion wholesale activities. Surry Hills Markets are held in Shanno Reserve on the first Saturday of every month and Surry Hills Festival an annual community event attracting thousands of visitors.

East of Surry Hills is Paddington also known as `Paddo` located 2 miles east of the CBD it is centered on trendy Oxford Street and known for its expensive houses, boutiques, restaurants, pubs and nightclubs. It is also the heart of Sydney`s large gay community. The Paddington markets held on Saturday are well worth a visit, you can also check out The Palace Verona cinema or take a picnic to Centennial Park. 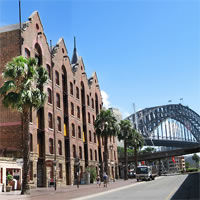 The Rocks and Circular Quay

The Rocks is a small historic area just a short walk west of Circular Quay it is the site of the first European landing in 1788 and the traditional home of the Gadigal Aboriginal people located on the southern shore of Sydney`s Harbor and north west of the CBD. The area is decorated with colonial stone buildings and narrow cobbled streets with a variety of souvenir shops, themed historic pubs, restaurants and boutiques and is considered one of the most exclusive places to stay in the city with its close proximity to the harbor and the Opera House. The Rocks Market is held each weekend on George Street with around 100 stalls.

Circular Quay also known as `The Quay` is Sydney`s number one buzzed about area and the founding place for the settlement of Australia! It is a large harbor in Sydney on the northern edge of the CBD between Bennelong Point and The Rocks. The city`s main ferry terminal and serves as a gateway connecting visitors to Sydney`s Harbor and its major attractions. It is a popular area for tourism filled with restaurants, walkways, parks and a number of transportation options including a major railway station set on an underground railway known as City Circle. This area of Sydney is the most attractive and views of the Harbor Bridge can be seen day or night from all points of Circular Quay. 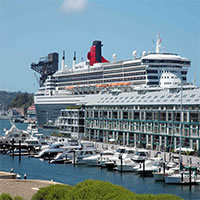 Woolloomooloo also known as Finger Wharf is a harbor side, eastern inner-city of Sydney less than a mile east of the CBD. A low lying area and former docklands at Woolloomooloo Bay on the Sydney Harbor bordered by The Domain, Kings Cross and Potts Point. Some of the areas landmarks include the Andrew Boy Charlton Pool, Garden Island Naval Base, some of Sydney`s finest restaurants and it is home to some of the most stylish apartment blocks in all of Australia.