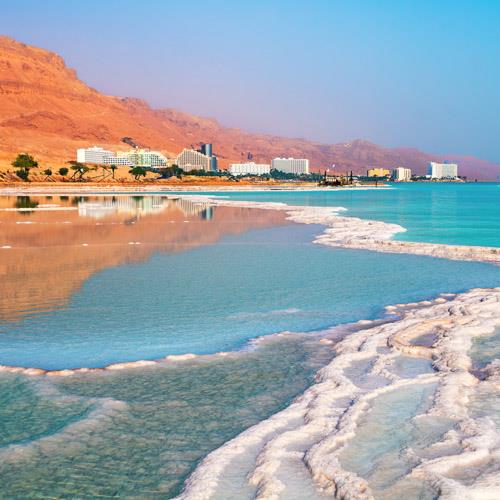 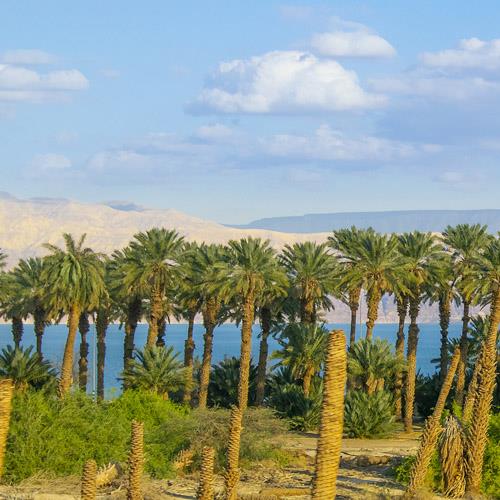 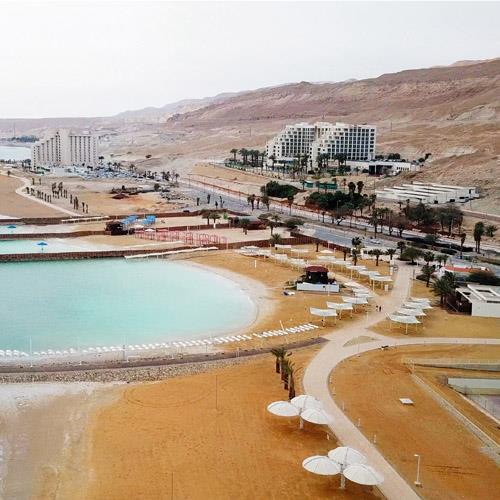 Dead Sea very well know for being a salt-rich lake surrounded by desert beaches. The lake surface is 430.5 meters below sea level, making its shores the lowest land-based elevation on Earth. The saline waters of the lake means no fish can survive in the salty waters, hence the name. The other result of the salty water is their renowned health and healing properties of the mud. Combining Dead Sea sightseeing with a trip to the dramatic Jewish fort of Masada, nearby is a good idea, and the small towns of Ein Bokek (along the Dead Sea shore).

Discover Jordan's Treasures with this holiday package. Enjoy Amman (main capital city); from there with private transfers visit these main destinations that attracts people around the world: Dead Sea (a popular international destination for the medical tourism industry); Petra (this UNESCO heritage site city is famous for its rock-cut architecture and water conduit system surrounded by mountains riddled with passages and gorges) and Wadi Rum (protected desert reserve in the southern part of Jordan, often called the Valley of the Moon, is known for its red-pink sands, stunning natural arches and mountains, and prehistoric rock engravings). This is a flexible vacation package. Select your number of nights in each city, desired hotel and activities.

Close more details
Visit Israel a Middle Eastern country on the Mediterranean Sea, known as the Holy Land, being holy for all Abrahamic religions including Judaism, Christianity, Islam and the Baha`i Faith. Explore Netanya (a Mediterranean resort city in central Israel, known for its sandy beaches, including Amphi Beach, which is near an amphitheater), Jerusalem (where every stone tells a story of a town that has drawn millions of faithful pilgrims for thousands of years), Haifa , Eilat, Ein Bokek (hotel and resort district on the Israeli shore of the Dead Sea, near Neve Zohar) and Tel Aviv (enjoy the arts, theater ,music, nightlife, architecture and gastronomic delights of this marvelous city) with a few stops, such as, Beit Guvrin-Maresha National Park, Caesarea, Dead Sea, Timna Park and Masada. This is a flexible package. Select your number of nights in each city, desired hotel and activities.