What is China known for?

China is a popular country with the world`s fastest-growing economy known as the `factory of the world` the leading producer of concrete, steel, fertilizer, clothing, and toys. The country is filled with rich cultures, traditions, and history filled with Imperial architecture and ancient ruins found in Beijing`s Forbidden City, the monumental Great Wall, and the stunning Summer Palace. The country boasts the world`s highest mountain, some of the fastest trains in the world and a mixture of bustling cities and sprawling countryside. There are picturesque villages dotted around the verdant countryside which give a glimpse into the past with architecture dating to the Ming and Qing dynasties. Cities like Shanghai boast sparkling skyscrapers along its skyline with luxury hotels, world-class shopping, chic cocktail bars, and upscale restaurants. Travel down some of China`s mighty rivers where river cruises lead through dramatic scenery and natural surroundings on the Yangtze River. China boasts some fascinating world-class museums, delicious cuisine, magnificent mosques, and breathtaking shrines, there is simply something for everyone in the world`s most geographically varied country.

What are the best places to visit in China?

Beijing it China`s ancient capital and the imperial Peking city, a spectacular city filled with stunning skylines and one of the most visited destinations in the world. Beijing has a rich cultural heritage and blends the old and the new filled with great attractions, scenic sites, and sensational street food. There are ancient temples and palaces fit for an emperor and The Great Wall of China one of the best-known tourist attractions in the world. Shanghai is a striking city with a famous skyline boasting plenty of history, architectural landmarks and futuristic skyscrapers. The city is dotted with temples, parks, and museums along with the Jin Mao Tower, The Shanghai World Financial Center, and the Oriental Pearl Tower some of the famous landmarks that tower over the city. There are some fabulous outdoor spaces including People`s Square, People`s Park, and Yu Gardens perfect locations for a stroll or a bike ride. Xi An is a captivating historical city one of the Four Great Ancient Capitals in the country with a deep history spanning over many Dynasties. An ancient imperial city which was once the eastern departure point on the famous Silk Road. The inner city is encircled by one of the largest, oldest, and best-preserved wall city`s in the entire world. A multitude of attractions can be explored within the inner city as well as two iconic landmarks, The Bell, and The Drum Tower along with the Muslim Quarter.

When is the best time to visit China?

The weather in China varies and temperatures can be very diverse depending on the region you are visiting. China has rainforests, miles of coastline, deserts, and jungles so the climate can be very different from one city to the next. The south has a subtropical climate with high humidity and rain during the summer and the southeast coast experiences Typhoon Season from July through September. Central China experiences hot, humid summers a short snap of winter with temperatures that fall below 0. Winters in Beijing can be very cold with freezing temperatures from December through March and hot, humid summers. Generally, the best months to visit China are during the spring (March to May) and autumn (September to October) when the weather is not too hot and not too cold. Times to avoid traveling in China would be during the country`s national holidays and vacations when prices skyrocket and the crowds become impossible to maneuver. The `Golden Weeks` is during the Chinese New Year (Lunar New Year - late January or mid-February) and the Chinese National Day (early October) when most of the Chinese population take their vacations. This means most local businesses will be closed as residents travel back to their hometowns to spend time with family making dining and shopping limited during this time of year. These are generally the weeks to avoid when tourist attractions become extremely crowded, prices are very high for flights, trains and travel in general and accommodations are high or completely sold out. For more information, check out: Best Time to Visit China

How many days should I spend in China?

What is the best way to get around China?

By Train: The country offers one of the most extensive train networks in the entire world with a combination of the older, slower trains with stops at multiple smaller towns, D-class trains travel up to 124 mph and ultra-modern high-speed G-class trains connecting to the bigger cities with speeds that reach up to 200 mph. The advance train system in China is economical and reliable with breathtaking views of the countryside, the railway to Kunming is one of the most scenic high-speed train routes in the country. There is a high-speed train from Beijing to Shanghai or Xi`an that takes between 4-6 hours.

By Bus: There are long-distance buses that travel throughout China, bus travel can be cheaper than flying or traveling on high-speed trains. Bus networks cover smaller towns and villages that trains cannot reach, however, delays and traffic are common occurrences making a long-distance trip from Beijing to Shanghai taking anywhere from 14-16 hours.

By Boat:Boat trips in China are limited mostly to coastal areas where offshore islands can be reached like Putusoshan and Hainan and the island of Hong Kong. River cruises are a big hit along the Yangzi from Chongqing to Yichang and the Li River from Guilin to Yangshuo.

What is the currency of China?

The units of currency in China are the Renminbi ( ¥, RMB, or CNY). US dollars are not accepted. Please be sure to have the correct currency on hand or be prepared to exchange your dollars for ¥ upon arrival. Currency exchanged desks can be found at the airport and many locations throughout the city For more detailed information, consult our guide by clicking here Tipping in China.

Do people speak English in China?

The official language spoken in China is Mandarin. The English language is taught in schools in China and many Chinese people can speak some English, especially the younger generation and those working in the service industry. We suggest you get a good English-Mandarin guidebook and familiarize yourself with common phrases such as hello, goodbye, excuse me, and numbers 1 - 10.

Robert W ...
Read more - See this traveler's itinerary
Traveled on: 5/29/2019
Everything went smooth and as we expected. 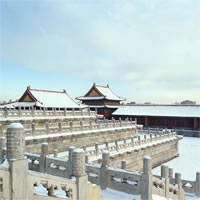 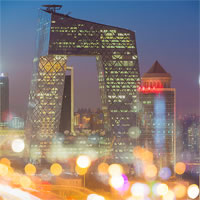 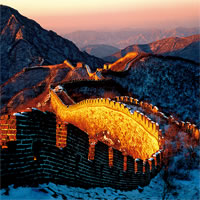 Shanghai and Tokyo by Air
6 nights from $1,933*
Browse all 78 customizable packages or Build Your Own Itinerary