THE BEST TIME TO VISIT INDIA 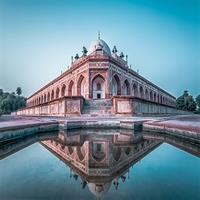 There are three main seasons in India, summer, winter and Monsoon season. The best months to visit is generally from October through March when the weather is sunny and warm with little rain. India is a large country with very diverse landscapes and climate zones with varying weather patterns from region to region. The winters are warm and pleasant, summers are very hot and extremely humid and the monsoon season, which brings spurts of heavy rainfall and tropical storms.

April, May, October, and November are the hottest months of the year and June through September are the wettest months being it is monsoon season through the entire country. The most popular tourist season runs from October through March when the weather is at its best throughout most of the country. If traveling during the high season it is recommended to book in advance as many accommodations and transportation become sold out quickly.

The south of India sits nearest to the equator with warmer temperatures throughout the year. The average temperatures stay at 72 F or higher with the highest temps in May and June, with 93F for daily highs. December is a great month to hit up the beaches, when at the same time there is snow in the mountainous regions.