Discover the magic, history and charm of Eastern Europe with an escorted motorcoach tour which will lead you through stunning Austria, Hungary, Poland, Germany and the Czech Republic; staying in Vienna (the charming city of classical music and waltzes), Budapest (the stunning two-city capital with palaces, fortresses, parks and promenades), Krakow (former seat of Polish kings, with castles, cathedrals, bustling markets and artistic festivals), Warsaw (a wealth of shops and restaurants, lush green spaces and pleasant classical concerts), Berlin (the cultural capital of Europe with 3 opera houses and 8 symphony orchestras) and Prague (1,000 years of art and architecture which have survived centuries of turmoil and control to emerge as a cosmopolitan city).

City of music, cafes, waltzes, parks, pastries, and wine - that`s Vienna in a nutshell. Vienna doesn`t hurry, and, as you saunter through its stately streets, marveling at its Baroque palaces, neither should you. Explore churches filled with statues of golden saints and pink-cheeked cherubs, wander through treasure-packed museums, or while away an afternoon in one of those countless meccas of mocha (the inevitable cafés), you will feel lapped in lashings of rich, delicious, whipped cream - the beloved Schlagobers that garnishes most Viennese pastries.

Recommended Stay: At least 3 nights
Must See`s:
The Hofburg Palace, Schonbrunn Palace, Staatsoper, Kumsthistorisches Museum, the MuseumsQuartier Complex, St. Stephan's Cathedral, the Belvedere Palace, The Ringstrasse, Parlament, The Prater and so much more! 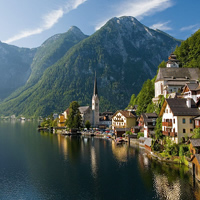 Austria is more epitomized by green glacial valleys and snow-capped peaks - and the wooden picture postcard chalets. Nonetheless, visitors have much to explore from the stylish capital, Vienna, to the baroque splendor of Salzburg. Austria's mountain landscape is undoubtedly its biggest draw for tourists. Although a year-round destination, there is a definite seasonal split in visitors. Summer is best for exploring the countryside on the many mountain trails that snake through the Austrian Alps and the lowlands, while the ski season kicks off in December, attracting winter sports fans from all over the world.
Austria FAQ
When to Go
Tipping in Austria 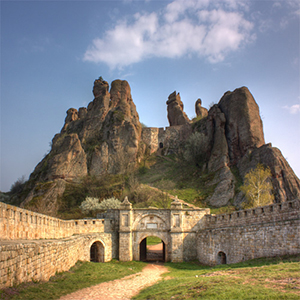 Located in Southeastern Europe, in the Balkan Peninsula, Bulgaria is the result of the evolution of ancient civilizations and the activity of great people who wrote its turbulent history. Bulgaria is known for its picturesque beauty and for its variety of natural landscapes: vast plains, to areas of rolling hills and high mountains. Large beaches and beautiful rocky shores stretch out along the Bulgarian Black sea coast. Here, you will find ski resorts, deep forests, ancient monasteries, greek and roman remains and the fascinating capital Sofia is a must for Bulgaria travelers. Veliko turnovo, the ancient capital, is a young and vibrant city that deserves a visit as well. Vratza is one of the most picturesque cities in Bulgaria, and important tourist and cultural center.
Bulgaria FAQ
Czech Republic

The Czech Republic is where East meets West. Since the borders were completely opened up in 1989, tourists have flocked to sample the unspoiled charms of this fascinating and varied country. Full of architectural and artistic treasures Prague is undoubtedly the Czech Republic's brightest jewel, although Czech Republic is a lot more than its capital. Outside the city is an unspoiled expanse of mountains, spotted with small towns and villages. The idyllic rural way of life of centuries ago is preserved in many places, while towns such as Karlovy Vary have been revitalized as tourist centers.
Czech Republic FAQ
When to Go
Tipping in the Czech Republic 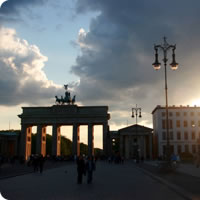 Germany's landscape is straight from the Fairy tales: castles, deep dark forests and mythical rivers. The German landscapes are extraordinarily diverse, with graceful big-city appeal, small picture-postcard towns, pagan-inspired harvest festivals, a wealth of art and culture, and the perennial pleasures of huge tracts of forest, delightful castles and fine wine and beer. From Charlemagne and the Holy Roman Empire to the rise and fall of the Berlin Wall, no other nation has molded Europe the way Germany has - for better or worse.
Germany FAQ
Driving in Germany
Tipping in Germany 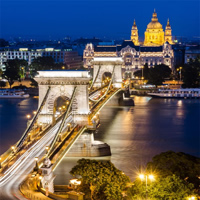 Hungary is an astonishing country brimmed with culture and natural beauty. The treasures of their culture have drawn travelers from distant lands throughout the centuries. After Iceland, Hungary has the world's largest reserve of surface thermal water. Thousands who seek rest and rejuvenation turn to the country's innumerable thermal spas, famous for their natural healing spring water. In the countryside you'll find majestic plains, resort-lined lakes, baroque towns, horse markets and rustic villages. Lake Balaton, Central Europe's largest lake, is a favorite get-away for families with young children, fans of yachting, and lovers of the beach.
Hungary FAQ
When to Go
Tipping in Hungary 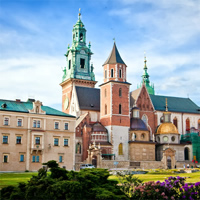