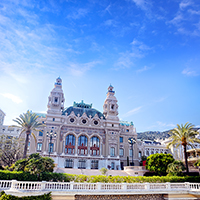 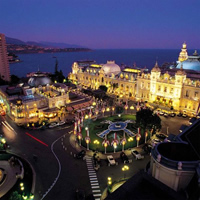 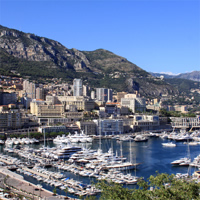 Gorgeous and glittering Monaco is the world`s second-smallest country (after the Vatican), but for what it lacks in size it makes up for in extravagance. It is perhaps the most glamorous tiny stretch of land on the planet renowned for the Monaco Grand Prix that takes place each year, an event worth watching. Monte Carlo is the wealthiest of Monaco`s 4 quarters on France`s Mediterranean coastline, exuding an air of extravagance, as seen in the luxe hotels, designer boutiques, luxury yachts, and lavish restaurants. It is home to an elegant belle-époque casino complex and ornate Salle Garnier opera house. The main attractions are the Oceanographic Museum and Aquarium, the Monaco Cathedral and the Prince`s Palace, as well as some magnificent gardens, and other attractions centered on the country`s famous Royal Family, such as an exhibition of HSH Prince of Monaco`s Private Collection of Classic Cars. This tiny principality has charm, attitude and elegance that definitely make it worth a visit.

Enjoy Monaco with this Package visiting cities full of history and charm. Explore Monte Carlo Monte Carlo is officially an administrative area of the Principality of Monaco, specifically the ward of Monte Carlo/Spelugues, where the Monte Carlo Casino is located. Travel with your own rental car. This is a flexible vacation package. Select your number of nights in each city, desired hotel and activities.
Included:
6 nights from $3,956*

Close more details
Take the time to enjoy this fantastic vacation package through France and Monaco; Visit Paris (The city of lights with impressive monuments, museums, culture and gastronomy), then continue to Monte Carlo (Playground of the rich and famous, with its famous casino, famous Formula One Monaco Grand Prix, Oceanographic Museum and Aquarium, the Monaco Cathedral and the Prince's Palace). Travel between them by train. This is a flexible package. Select your number of nights in each city, desired hotel and activities.
Included:
6 nights from $1,554*

Close more details
A glamorous combination of cities through two of our most requested destinations: France and England. See the best in London (an energetic vibe runs through this lovely city), Paris (a romantic getaway; see the Louvre and Eiffel Tower, sample unbelievable food and wine) and Monte Carlo (a veritable playground of the rich and famous). Travel between these cities by very convenient train rides which allow you an opportunity to observe the lovely country side. This is a flexible package. Select your number of nights in each city, desired hotel and activities.
Included:
9 nights from $1,673*

Close more details
Spain, France and Monaco! Visit Barcelona (known for its art and architecture. The fantastical Sagrada Familia church and other modernist landmarks designed by Antoni Gaudi dot the city) before heading to Paris (The city of lights with impressive monuments, museums, culture and gastronomy) and finally Monte Carlo (Playground of the rich and famous, with its famous casino, Formula One Monaco Grand Prix, Oceanographic Museum and Aquarium, Monaco Cathedral and the Prince`s Palace). Combine these cities by flight and train. This is a flexible package. Select your number of nights in each city, desired hotel and activities.
Included:
9 nights from $2,204*