close X
Madrid
In the last few years, Madrid has gained the reputation of being one of Europe's most active and attractive cities for its nightlife and cultural activities. Capital of Spain since 1562, Madrid's museums host, among others, Dalís, Mirós and Picasso's Guernica. Madrid is a city of great contrasts: the Old City, the Madrid of the Hapsburgs, the Royal Palace, the Puerta de Alcala, the Retiro Park. At night, the city changes gears with its famous Madrid nightlife. The city's endless energy is hard to resist, and its sociable style invites you to jump right in.

Barcelona, the old Roman Barcino, is Spain`s second city, always on the biting edge of fashion, architecture, food, style, music and good times. Walk its narrow streets and wonderful plazas, or along the Ramblas, stretching from Plaza de Cataluña to the Harbor, encompassing the magic of the city: stalls full of books, birds and flowers. The city`s most powerful monuments open a window onto its history: the intricately carved edifices that comprise the medieval Gothic Quarter; the curvilinear modernism (Catalan Art Nouveau) that inspired Gaudí's Sagrada Familia; and the seminal surrealist works of Picasso and Miró, found in museums that peg Barcelona as a crucial incubator for 20th-century art. The recent restoration of the port area began with the development of a harbor for the Olympic Games of 1992. New modern squares, designed by leading artists such as Miró and Barceló have created a new style alongside Gaudi's modernist buildings. Now the city is ready to show every visitor how it has been transformed into one of the most moderns and active cities in Europe.

Seville is the largest town in the famous Southern province of Andalusia, best known for the impressive Cathedral with its Giralda tower, as well as the Alcazar, which also serves as a visiting residence for the Spanish Royal family. Seville seems to move at half the pace of a normal major city, creating a relaxing and even small-town atmosphere that complements the sevillano way of savoring every moment of life, bite of food and sip of drink. Don`t forget your dancing shoes, because from the moment the sun goes down right up until it comes up again, the bars and clubs of Seville's nightlife are brimming with festive people, great music, lively conversation and unrivaled excitement.

close X
Granada
Granada is a jewel standing at the foot of Spain's highest mountains, the Sierra Nevada. Like many others, this city bears the marks of Roman, Moorish, and Jewish influences. The universally famed Alhambra, a complex of palaces and gardens built under the Nazari Dynasty, overlooks the city. Notably, Isabel and Ferdinand lie buried inside the city's Cathedral. The famed "mudéjar" style of architecture can be spotted in the Monastery of La Cartuja and many other churches built by Moorish craftsmen.

Cordoba offers a powerful multi-cultural sampler. Founded by the Romans, Cordoba`s glory peaked under Moorish rule, who built the beautiful Grand Mosque, or `Mezquita`. The Christian rulers decided to leave it standing and built a cathedral in the midst of its rows of arches and columns. Cordoba's treasures also include the Alcazar, built by the Christians in 1328; the Calahorra Tower, originally built by the Arabs, which guards the Roman Bridge; and the ancient Jewish Synagogue, now a museum.

Surnamed the "White Island" for its typical architecture, Ibiza is a major center of tourist attraction since the 1960s, when it become famous for its "Hippie-Culture" and nudist beaches. Nowadays, Ibiza is known as the 'clubbing capital of the world,' hosting the best parties. But the island has a whole lot more to offer its visitors: a Mediterranean culture, and remains of the earliest Phoenicians settlements, Arab and Catalan period influences and those left over by the once-existing Renaissance bastions, as for instance the famous wall-paintings of Ses Fontelles.

Marbella is deservedly one of the Costa del Sol`s prime destinations. The historic part of town, sitting on a beautiful bay, shelters lovely corners of a typically Andalucian flavor, with whitewashed houses and orange trees adorning the streets and squares. Its excellent climate, beaches, natural surroundings and its major sports complexes are just some of the countless attractions which this town on the Málaga coast offers. From Cabopino to Guadalmina, Marbella offers the visitor 16 miles of beautiful coastline with a succession of sun-drenched beaches equipped with all kinds of services, which include modern hotels, residential complexes, shops and restaurants. 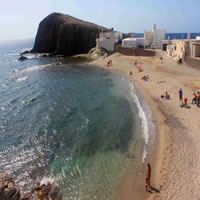 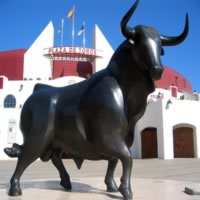 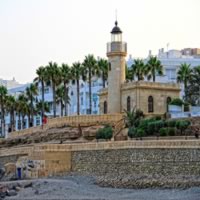 Roquetas de Mar is a fishing village just 15 minutes (by car) from Almería City. Roquetas de Mar is known not only for its fishing village traditions which are carried on today through gastronomy and annual festivals, but also for its fame as a resort town. Within the municipality of Roquetas el Mar is the famous "Aguadulce" (Fresh Water) resort - one of the first tourist resorts established in Spain in the 1960`s and has been classified as a Center of National Touristic Interest. The municipality also borders or includes important nature reserves and natural parks.

Visit beautiful Spain with a unique, flexible vacation package!. Start with a visit to cosmopolitan Barcelona (The fantastical Sagrada Familia church and other modernist landmarks designed by Antoni Gaudi dot the city), after that, catch a flight to beautiful Granada (it`s known for grand examples of medieval architecture dating to the Moorish occupation, especially the Alhambra). Then rent a car and drive to the fishing village of Roquetas de Mar (with its vast beaches, there is plenty of room to lounge around and sunbathe, or to take a leisurely swim, without the problems of overcrowding). This is a flexible vacation package. Select your number of nights in each city, desired hotel and activities.
Included:
8 nights from $1,432*

Close more details
Start of with a visit to sophiticated Seville (the birthplace of Flamenco and the city where the most amazing Easter processions take place), then pick up your rent a car for a drive to beautiful Granada (the long-time capital of Moorish Andalusia has to offer the most important reminds of this epoch in Spanish history, with the world-famous "Alhambra" at the top of the list). Continue for a beach stay at the fishing village of Roquetas de Mar. This is a flexible package. Select your number of nights in each city, desired hotel and activities.
Included:
9 nights from $1,892*