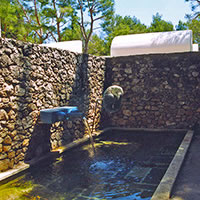 The Alpilles Museum is housed in the former private town mansions from the Renaissance which is situated in the heart of Saint Remy de Provence, the Hotel Mistral de Montdragon. This engaging little museum evokes the various facets ofthe region`s rich heritage, with fossils and crafts, bull fighting exhibits, agricultural and trade activities (olives, grapevines, sheep, etc.), and costumes and traditional festivals, and much more. 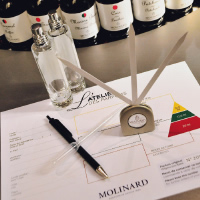 Aromatic and Fragrance Museum Of Graveson

The Museum of Aromas and Perfume in Graveson-en-Provence, situated between the Alpilles and the Montagnette, near Les Baux de Provence and Saint Remy de Provence. A museum unlike any other, offers a land of scents with one of the most beautiful collections of distilleries and perfume bottles in Europe. The Carre des Simples garden is protected by cypress hedges. Enjoy a stroll in the experimental garden where the herbs are organically grown, a true paradise of natural fragrances and colors. You can also enjoy a shop, massage space, an aromatic creations workshop and, in summer, a bamboo cabin where you can sample raw organic produce. 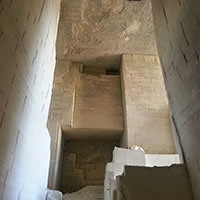 Located in the heart of the Alpilles, this former limestone quarries dugout by the hands of man since the Roman era. Bauxite (an aluminum ore) was mined here until the 1930`s, when economic conditions forced the closure of the quarries. In the 1960`s Jean Cocteau realized the creative possibilities of Les Baux-de-Provence old quarries.

Today the quarries offer visitors a magical world of entrancing images and music. This intriguing attraction is like an underground audiovisual art gallery, with over 100 giant projectors illuminating the walls, floor and ceiling, along with entrancing music. Programs change periodically and there are joint tickets offered with the Château des Baux. 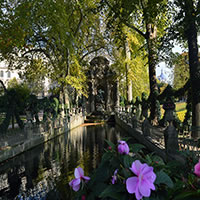 The Garden of the Alchemist, located 7 miles east of St Remy de Provence in the town of Eygalieres, is a private contemporary garden inspired by the nearby 16th-century house of an alchemist. The garden was created in 1997 by two landscape architects, Eric Ossart and Arnaud Maurieres. The gardens are planted in arcane medieval patterns and filled with blossoming tress and herbs that are alleged to hold mystical properties. 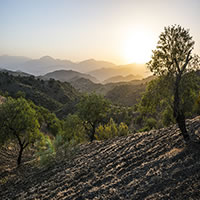 Les Alpilles, literally meaning the Little Alps is a rich and diverse area which makes it a popular tourist destination. The Alpilles regional Nature park is the latest of the regional parks. Within its area lie 16 small towns and villages including Les Baux-de-Provence between Camargue and Luberon. Carved by nature and shaped by man, its landscapes have been successful in focusing on the relations between Man and his environment throughout the sun-drenched region. There is simple charm of the villages with each having its own special personality and every village has a story to tell.

This part of Provence has not changed its everyday way of life despite the current influx of tourists. The region offers a varied environment, flora and fauna and rare species. The park has been designated a protected area since 2007 when it became the 5th regional park in the PACA zone. 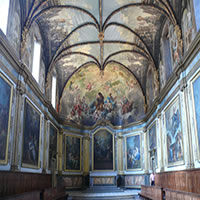 Located in the heart of the Montangnette is the Saint Michel de Frigolet Abbey, which takes its name from the Provencal word for thyme, the `ferigoule` which grows everywhere in those hills. This is a Premonstratensian monastery founded in 960 as a Benedictine Abbey and initially occupied by the monks from Montmajour Abbey. The Monastery is open for guided visits only, and only on Sunday late afternoon. Additionally, the Monastery guided visits are given by a friar speaking in French, you may want to have someone along capable of translating.

There are two churches at the Frigolet Abbey. The smaller is the Eglise Saint Michel, located near the Abbey entry. The original Romanesque church was built in the 12th-century. In the 19th-century it was extensively restored and enlarged. The larger church is the neogothic Notre-Dame Basilica built in the 19th-century incorporating the original 11th-century Chapellede Notre-Dame du Bon Remède. The original chapel had a magnificent baroque interior that`s still visible today, as part of the overall interior of the Basilica.

The Frigolet Abbey has a shop selling a local liqueur, the Liqueur des Prémontrés. Three varieties are available of distilled liqueur from an ancient recipe that was made at the Abbey in the 19th-century. 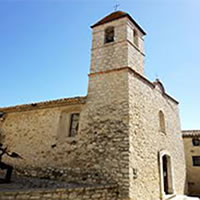 Masterpiece of Romanesque art, this monastery turned asylum is famous for one of its former residents, Vincent van Gogh, who admitted himself in 1889. While safe within the monastery`s walls, Vincent had his most productive period, completing over 300 paintings and drawings, including his famous Irises. Visitors can tour are production of the room where Van Gogh was confined, as well as are construction of the Romanesque cloister and gardens with beautiful flowers that feature Vincent`s works.

St Paul remains a psychiatric health institution today. A tour is offered of parts of the facility open to the public. Upstairs, a room recounts the history of the Saint Paul Mental Hospital. Another room explains psychiatry in the 19th-century. There is also an exhibition room that sells artwork created by patients at the art therapy studio Valetudo. 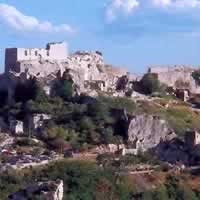 The Ancient Roman city of Glanum

Located in the heart of the Alpilles massif, Site Archeologique de Glanum is an ancient city at the gates of Saint-Remy-de-Provence. Established around a sacred spring in the 3rd-century, the remains of this once-thriving town are still clear to see, complete with baths, forum, columns, marketplace, temples and houses. Wandering around the ruins you will get a sense of the reality of everyday life in Gaul. A triumphal arch (AD 20) and mausoleum (30 to 20 BC) mark the entrance, 1.2 miles south of St-Rémy.

The smaller, upper zone covers the Sanctuary around the Sacred Spring and its shrines, such as the ones devoted to Hercules and to Valetudo, the goddess of health. The monumental center with the Forum, the Curia and the temples is in the middle zone. You then arrive at the residential quarter that includes the baths, the rich villas such as the House of Antes and the House of Cybele and Attis and the shops. Only a small part of the city has been uncovered. The site, managed by the society of National Monuments, is still being excavated by the Institute for Research in Ancient Architecture. 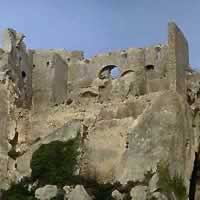 The Castle of Les Baux

The clifftop castle of Les Baux dominates the medieval village of Les Baux de Provence and offers incredible panoramic views over the Alpilles. The castles were mostly destroyed in 1633, during the reign of Louis XIII. Today the 17-acre cliff-top sprawl of ruins is contained under the name of Chateau des Baux. At the entrance, the Tour du Brau includes the Musee d`Hitoire des Baux, offering a small collection of relics and models that shelters a permanent music and slide show called Van Gogh, Gauguin, Cezanne au Pays de l`Olivier. From April through September there are captivating medieval exhibitions, such as medieval-themed entertainment, hands on action shows, medieval crafts, and demonstrations.

Touring the ruins, you will discover the Castle as it was in the Middle Ages, a much coveted stronghold often attacked until its demolition. Climb the crumbling towers for incredible views, descent into disused dungeons, and flex your knightly prowess with giant medieval weapons dotting the open-air site. Illustrated tours, audio guide tours in 7 languages, a 3D film, shows and permanent activities, and workshops bring the fortress back to life as you explore. 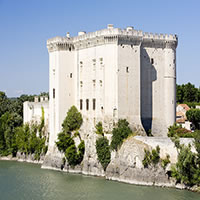 The Château of Tarascon

The Chateau of Tarascon is a fortress situated on the banks of the Rhone, built by the prince of Anjou at the start of the 15th-century. This beautiful castle offers more than 30 rooms, the apothecary`s of the Saint Nicolas hospital and a magnificent view over the Rhone and Provence from the castle`s vast terrace at the top of the castle. The castle is remarkably well preserved, and one of the most beautiful medieval castles in France and in Europe. Today this is a great destination for a half-day trip. 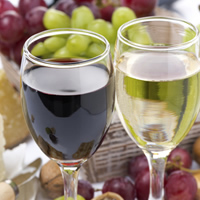 Wine and Wineries of the Alpilles

Wine and vineyards of the Alpilles are known all over theworld. You will come across many wineries as you drive around the region, to find out more about the wines, the winemakers of Alpilles will welcome you onto their estates. This means you can discover the secrets of wine making by visiting the wine cellars, take part in tasting workshops, wander around the vineyards, and learn the history of wine by visiting the wine making museums.