THE BEST TIME TO VISIT VIETNAM 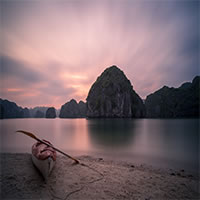 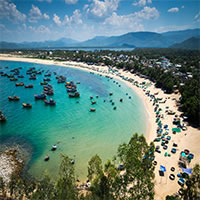 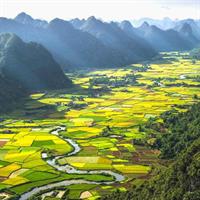 The country of Vietnam experiences three distinct geographical and climate zones, the north, south and central regions which all experience different weather throughout the year. Due to the differentiating climatic regions, Vietnam is a year-round destination. The country offers temperatures ranging from hot and humid in the summer to cool in the mountains and highland areas, as well as a tropical sunny coastline. The tropical monsoon climate is different in the north, south and central areas, with the southwest monsoon season running from May through September and the northeast monsoon season from October to April. The southwest summer monsoon usually brings warm, humid and wet weather to the two deltas and west-facing slopes, where as the northeast cold winter monsoon season brings cold weather and moisture to the central coast and the eastern edge of the central highlands.

Vietnam covers such as a vast area of land and over 2,000 miles of coastline, typically the country`s weather is warm and Autumn (Sept-Dec) and Spring (March and April) are the most favorable seasons. November through April are often peak travel months with the least amount of rain occurring in the country, and the temperatures are moderate. The weather patterns can differ dramatically throughout the year, for example, it can be warm and sunny at the south beaches with temperatures in the 80`s, and at the same time, the far northern mountains can be covered in snow.