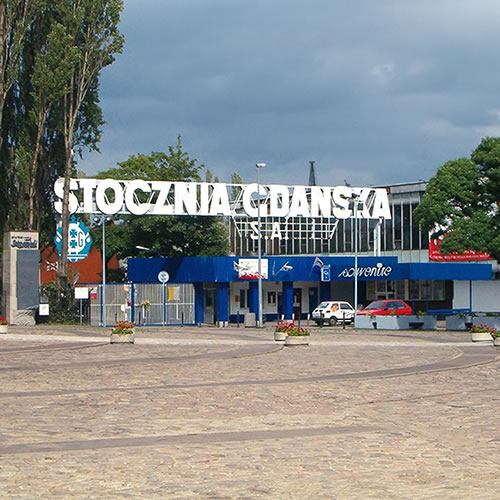 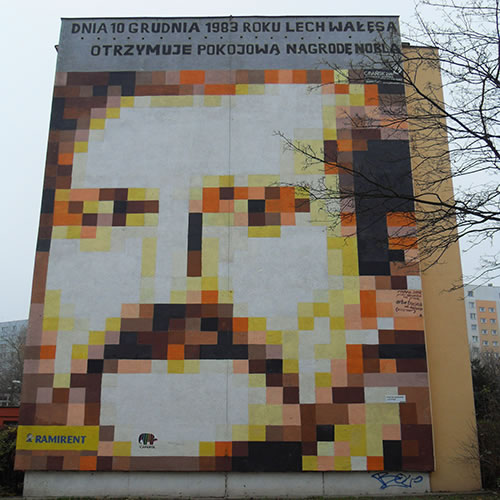 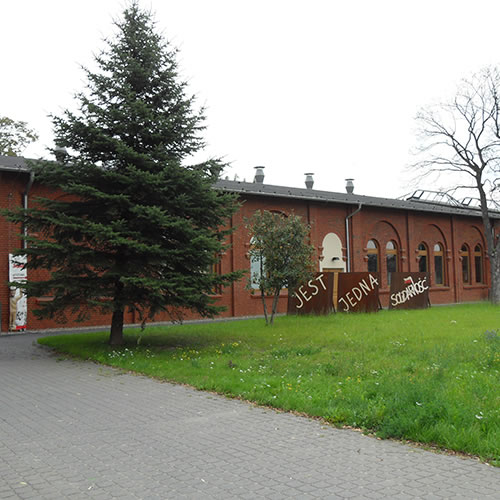 Gdansk is the sixth-largest port on the Baltic Sea, and the largest port in Poland. At the time of the first shipyard strikes in Gdansk in the summer of 1980, the Secretary of the Polish United Workers` Party (the Communist Party which governed the People`s Republic of Poland) was Edward Gierek, himself a former coal miner and strike leader. Strikes had begun in other parts of the country as early as 1976, as the Polish society had become disenchanted with the economy`s sluggish growth and rising inflation. Those protests were suppressed by the government and the national morale took a collective hit. In 1978, Cardinal Karol Wojtyla, the Archbishop of Krakow, was elevated to the Papacy, becoming the first Pope to be born and raised in Poland. He took the name John Paul II, and despite the Communist Party`s official line against organized religion, Poles became hopeful once again, especially after the Pope`s return visit to Poland in June 1979.

In July 1980, strikes began in the city of Lublin, after Gierek`s government announced another set of price rises, coupled with already-existent wage stagnation. At the Gdansk Shipyard, then called the Lenin Shipyard, a well-liked crane operator, Anna Walentynowicz, was being harassed by shipyard management and the Secret Police. A couple of years prior, she reported a superior for stealing funds from the workers` bonus fund, which he then used to buy lottery tickets. When nothing was done about the incident, Walentynowicz became disheartened and sought out illicit underground groups which advocated reforms for workers. Shipyard management considered Walentynowicz to be `difficult`, especially after she became involved in such groups. On August 7, 1980, Walentynowicz was fired. The workers had trouble accepting this decision and talk of a revolt spread through the shipyard. On August 14, Walentynowicz and former shipyard worker Lech Walesa led the workers in a strike. Work came to a complete halt while the workers formed a list of demands. On August 17, the Strike Committee released a list of 21 demands, which are now inducted into the UNESCO Memory of the World Register. They are as follows:

1. Acceptance of free trade unions independent of the Communist Party and of enterprises, in accordance with convention No. 87 of the International Labor Organization concerning the right to form free trade unions.

2. A guarantee of the right to strike and of the security of strikers.

3. Compliance with the constitutional guarantee of freedom of speech, the press and publication, including freedom for independent publishers, and the availability of the mass media to representatives of all faiths.

4. A return of former rights to: 1) People dismissed from work after the 1970 and 1976 strikes. 2) Students expelled because of their views. The release of all political prisoners, among them Edmund Zadrozynski, Jan Kozlowski, and Marek Kozlowski. A halt in repression of the individual because of personal conviction.

5. Availability to the mass media of information about the formation of the Inter-factory Strike Committee and publication of its demands.

6. Bringing the country out of its crisis situation by the following means: a) making public complete information about the social-economic situation. b) enabling all social classes to take part in discussion of the reform programme.

7. Compensation of all workers taking part in the strike for the period of the strike.

10. A full supply of food products for the domestic market, with exports limited to surpluses.

11. The introduction of food coupons for meat and meat products (until the market stabilizes).

12. The abolition of commercial prices and sales for Western currencies in the so-called internal export companies.

13. Selection of management personnel on the basis of qualifications, not party membership, and elimination of privileges for the state police, security service, and party apparatus by equalization of family allowances and elimination of special sales, etc.

15. Conformity of old-age pensions and annuities with what has actually been paid in.

16. Improvements in the working conditions of the health service.

17. Assurances of a reasonable number of places in day-care centers and kindergartens for the children of working mothers.

19. A decrease in the waiting period for apartments.

20. An increase in the commuter’s allowance to 100 zloty.

21. A day of rest on Saturday. Workers in the brigade system or round-the-clock jobs are to be compensated for the loss of free Saturdays with increased leave or other paid time off.

While many of the immediately evident demands were met by shipyard management by the time the 21 demands were asked of the government, Walentynowicz, Walesa and other strike leaders held out for an agreement to every demand. On August 31, the government signed the agreement along with the strike leaders, legitimizing the very first labor union in the Communist Bloc. By the end of August, ten million people joined this labor union, which would officially adopt the name and nationwide banner of Solidarity (Solidarnosc in Polish) on September 17, 1980.

In early September, Moscow interfered and had Gierek removed as Party Secretary. Wojciech Jaruzelski, a general in the Polish People`s Army, became Prime Minister in February 1981 and rose to the rank of Party Secretary in October 1981. Shortly afterward, Jaruzelski instituted martial law nationwide in an effort to crack down on anti-Communist protests. By the end of December 1981, thousands of Solidarity members were arrested and many members were forced to go underground. In October 1982, Jaruzelski banned Solidarity from organizing publicly. Walesa was arrested and jailed for eleven months from 1982-83, and Walentynowicz was jailed for a period from 1983-84. Afterward, both helped to operate Solidarity underground. In December 1983, Walesa won the Nobel Peace Prize, which his wife Danuta accepted on his behalf in Oslo.

In the summer of 1988, Walesa helped to lead general strikes at the Lenin Shipyard, which were seen as successful. After those strikes, Walesa had made plans with the People`s Republic to enter into round table talks beginning on February 6, 1989. General Jaruzelski and other leading Communist Party luminaries came into the meetings with a hard-line approach, but after six weeks, it was Solidarity who emerged victorious. On April 5, 1989, the round table agreement between Solidarity and the government was signed, legalizing all trade unions, re-introducing the office of President of Poland, and transitioning the Sejm from the mouthpiece of the Communist Party to a freely-elected lower house of Parliament (adding a Senate, an upper house, in the process).

The first semi-free elections to be held in Poland since the 1920s occurred on June 4, 1989. Only 35% of the seats in the Sejm were up for election, as part of the agreement allowed 65% of the seats to be saved for the Communists. Out of the 100 seats up for grabs in the newly-formed Senate, Solidarity (which formed a de facto political party after the protests of 1988) won 99 of the seats. Out of the 161 seats in the Sejm eligible for Solidarity to potentially take, Solidarity was victorious in every election except for one.

Walesa ran for the office of President in 1990, and was elected with 74.3% of the vote in the second round, held on December 4 of that year. He ran against Tadeusz Mazowiecki, another member of Solidarity who was considered the early front-runner. By the time the next parliamentary elections were held in Poland in October 1991, over two dozen political parties split the vote, with Mazowiecki heading the winning party in that election, the Democratic Union.

In 1991, Pope John Paul II visited Poland for a nine-day trip, his first since the fall of Communism. Millions lined the streets to see him, and they were even more hopeful for the future than they were back in 1979. Poland was now free, and the shipyard workers involved with Solidarity were partly to thank. Walesa served as President of Poland until 1995. Walentynowicz was committed to social justice and continued to work in that field until her death in a plane crash in 2010. Mazowiecki served as the head of the Democratic Union until 1994 and was a member of the Sejm until 2001; he died in 2013.

Solidarity still exists as a trade union: currently there are about 400,000 members, down from 670,000 in 2010 and a long way from its peak of 10 million in 1980. On the grounds of the old shipyard, the European Solidarity Centre opened in 2014. The mission of the European Solidarity Centre is `to commemorate, maintain and popularise the heritage and message of the Solidarity movement and the anti-communist democratic opposition in Poland and throughout the world...to inspire new cultural, civic, trade union, local government, national and European initiatives with a universal dimension...to share the achievements of the peaceful struggle for freedom, justice, democracy and human rights with those who are deprived of them...to actively take part in the building of the European identity and new international order.`