Welcome to Gdansk! Upon arrival, you will go through customs and immigration. Should you opt to purchase a transfer to your hotel; a representative will be waiting for you as you exit immigration. Arrive at your hotel, check in and do not give in to jet lag! There is so much for you to see and do!

Head to Oliwa and view the beautiful grounds of Oliwa Park, and tour Oliwa Cathedral, the seat of the Archdiocese of Gdansk, and the Rococo-designed Abbot`s Palace. Then head southeast two and a half miles to the Zaspa neighborhood and find a Soviet-era apartment building on Pilotow 17. From December 1980 through August 1988, this was where electrician Lech Walesa lived with his wife Danuta and their eight children. During this time he would win the Nobel Peace Prize and orchestrate terms to a summit that would eventually see Poland end forty-plus years of Communist rule.

If you have time, head to the coast and visit Westerplatte, a peninsula where the first battle of the European Theatre occurred during World War II. There is a cemetery and a monument dedicated to those who lost their lives back in September 1939. Before you head back to your hotel, tour the grounds of the Wisloujscie Fortress, built on an island in the Vistula River estuary. 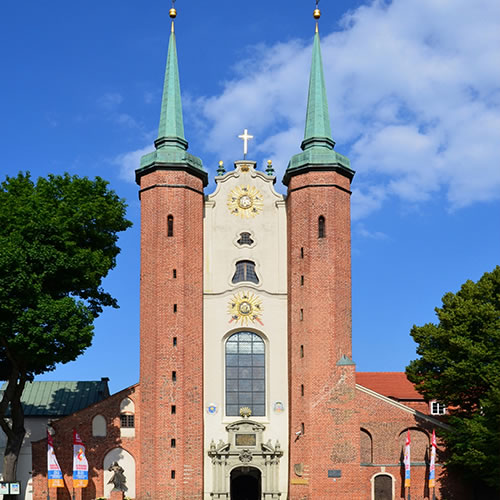 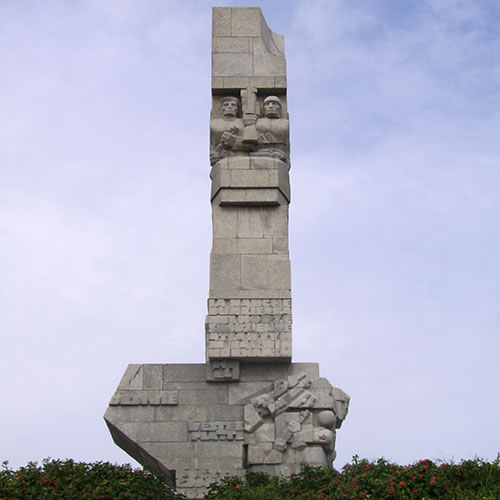 Begin the morning bright and early by visiting the old Gdansk Shipyard, the site of the Solidarity protests which eventually brought democracy to Poland after four decades of Communist rule. You can begin at the European Solidarity Centre, which houses a museum. You can go from there to tour the historic Gate #2, where Lech Walesa announced that the Gdansk Agreement had been signed in August 1980. Also nearby is the Health and Safety at Work Hall, where the Gdansk Agreement document was signed, and the Monument to the Fallen Shipyard Workers of 1970, dedicated in December 1980 to the 42 shipyard workers who were killed in the aftermath of austerity protests. The monument was the first to be built in a (then-) Communist country to honor victims of an anti-government protest.

Across from the main train station, Gdansk Glowny, sits the Cemetery of Lost Cemeteries, the physical reminder that twenty-seven cemeteries disappeared from view as a result of the fighting during World War II. Next door is a fort which now houses an interactive science center, the Hewelianum Centre. Afterward, head to Targ Drzewny and view the statue to the late Polish king Jan Sobieski. Take Ulica Kowalska to Ulica Korzenna and you will be walking in the neighborhood where Johannes Hevelius once lived. His home and brewery were once located at Ulica Korzenna 2/4/6, and a statue of Hevelius stands there today. Two blocks away is St. Catherine`s Church, where Hevelius was buried.

If you head east, you will reach two important museums. The first is the Polish Post Office, where brave postal workers holed up for fifteen hours in a gunfight against the Nazis in September 1939. While they were outgunned, the story of their bravery lives on. Down Ulica Sukiennicza and across a bridge, you will come upon the Museum of the Second World War, a very popular tourist attraction which opened to the public in March 2017. Enjoy a nice dinner at one of the restaurants and cafes along Ulica Mariacka and then return to your hotel at the end of the day. 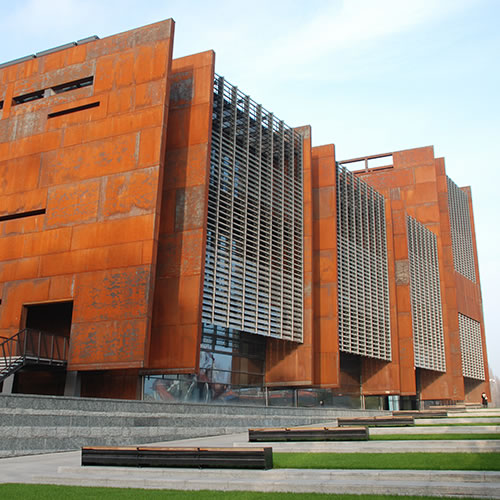 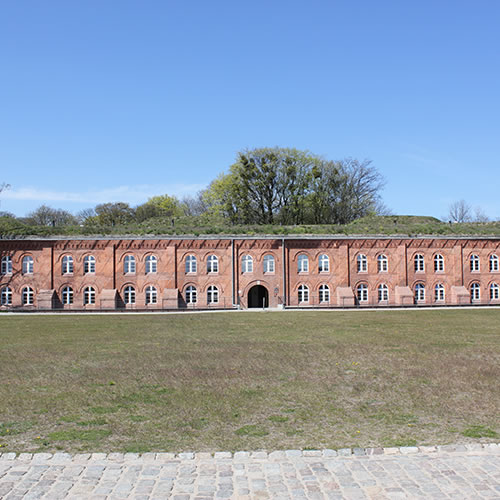 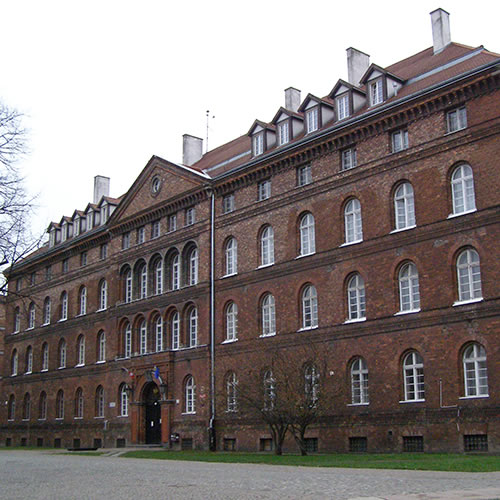 Start the day with a tour of the neighborhood of Biskupia Gorka, which provides some nice views of the Old Town below. Afterward, begin the day by touring two museums back-to-back: first, go to The National Museum, dedicated to displays of art that showcase Gdansk and Pomerania through the centuries; and then head up the Motlawa Riverfront to The Crane, once a gate into the Main Town and now a portion of the National Maritime Museum.

Heading back toward Ulica Mariacka from The Crane, you will see Mariacka Gate, the Gdansk Archaeological Museum (the largest of its kind in northern Poland), and Bread Gate, one of many gates into the Old Town that you will see today. Head down Ulica Chlebnicka and after about 800 feet, you will notice a large, striking building on your right. This is St. Mary`s Basilica, one of the largest brick churches in the world. Behind the church, Ulica Chlebnicka turns into Ulica Piwna, also known as Beer Street. Sample some delicious Polish beers with your lunch.

After lunch, head to the western part of the Old Town. In front of the Golden Gate, the main entrance onto the Long Lane, there is an Amber Museum as well as a Prison Tower and Torture House, which all function together as one museum. The Amber Museum tells of Gdansk`s role in the worldwide amber trade, and the prison tower`s main exhibit shows visitors how a man `marked for death` would have lived his last days in the Gdansk of the Middle Ages. Head down the Long Lane, where there are a number of noteworthy attractions. From west to east, you will see the Uphagen House first, then Gdansk`s Main Town Hall, then Artus Court, which is across the street from Neptune`s Fountain. After the Fountain, the street ends in an oval-shaped square, called the Long Market. Fahrenheit`s Thermometer is located on the square, and the Free City of Gdansk Historical Zone Museum is close by, adjacent to the gate at the end of the Long Lane, Green Gate.

If you still have time, head down Ulica Powroznicza to Ulica Ogarna, where there was once a butter market in front of what was then called the `Cow Gate`. Turn right on Ulica Ogarna and view the house where Daniel Fahrenheit, the man who invented the temperature scale, once lived. Finish the evening with a show at the Gdansk Shakespeare Theatre if shows are being presented during your stay. Return to your hotel. 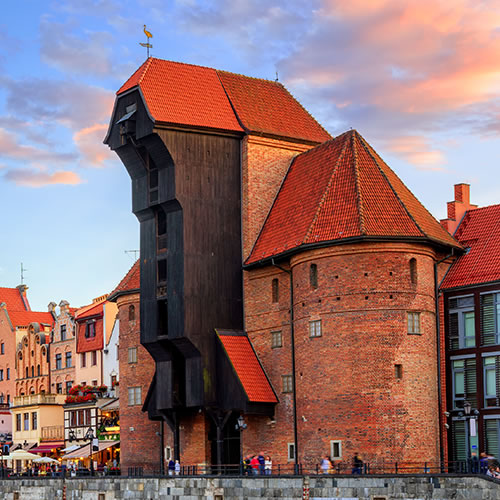 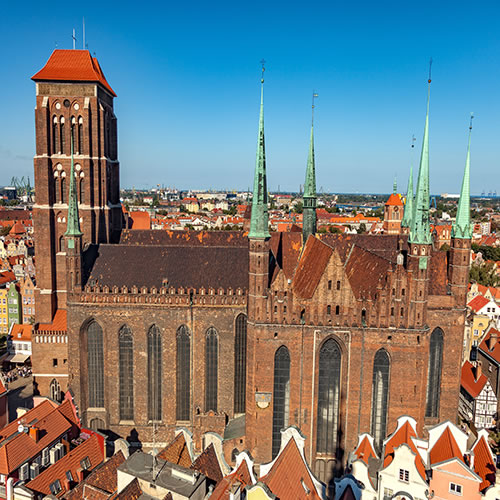 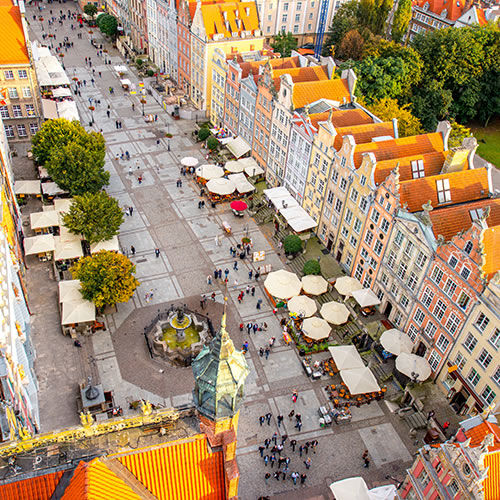 Gdansk is one of the three `tri-cities` on the Baltic coast of Poland. The other two are Sopot, a resort town of 35,000; and Gdynia, a shipping port which is smaller in scale to Gdansk`s famed shipyards, but still quite sizable in its own right as the country`s twelfth-largest city. Sopot, located 7.5 miles northwest of Gdansk, is a health spa destination, well-known for its wooden boardwalk (the longest in Europe at three-tenths of a mile) and its summer international song festival, hosted here since 1964. Gdynia, with a quarter-million residents, tends to be overlooked but it is a hidden gem for tourists wishing to learn more about Polish history. Gdynia, a thriving port in its own right, was born out of the desire for the Poles to own their own Baltic Sea port outright, in the early 1920s. In 1970, an uprising of shipyard workers advocating for higher pay was ruthlessly suppressed and helped to contribute to the Solidarity movement which eventually swept the Gdansk Shipyard ten years later. Gdynia also hosts the Gdynia Film Festival, the largest in the country, and is home to the Polish Naval Academy. Ferries are also available from Gdynia and Sopot to explore the beach destination of Hel. 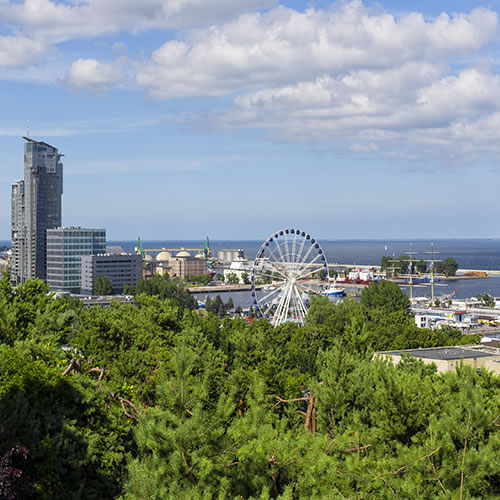 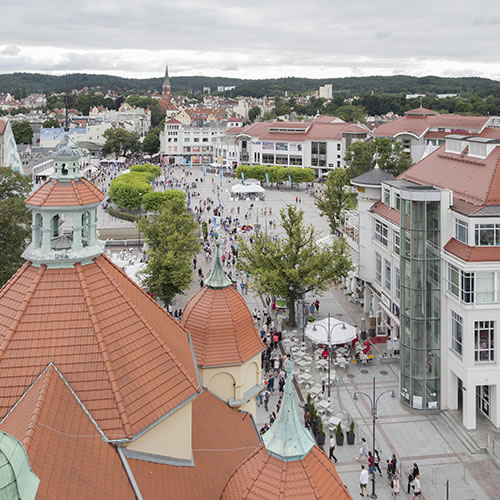 Your Last Day in Gdansk 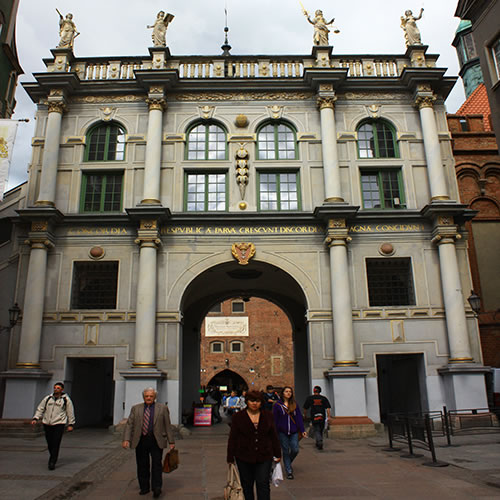