What is Cyprus known for?

Cyprus, officially called the Republic of Cyprus, is an island country in the Eastern Mediterranean. The third largest and third most populous island in the Mediterranean, it is located south of Turkey; west of Syria and Lebanon; north of Egypt, Israel and southeast of Greece.

Cyprus is well known for its warm weather and scenic beaches, but that isn’t everything the island has to offer. You’ll also find quaint historic villages, ancient ruins, incredible mountains and wonderful, vibrant cities. Steeped in mythology, the birthplace of the goddess Aphrodite has overcome a complex modern-day history to experience a rebirth of its own. Make sure to discover the Tombs of the Kings, Cape Greco, Toodos Mountains, Kato Paphos Archaeological Park, Nissi Beach, Khirokitia, Limassol Castle, Turtle Beach, and so much more!

What are the best places to visit in Cyprus?

The best towns and resorts in Cyprus are quite a varied assortment, with a few highlights that rank among Europe's top destinations of their kind. You can find some of the best parties, best family beaches, best city beaches and most historically important destinations in the Mediterranean around the island.

Paphos is a historic hub and fantastic destination for its stunning scenery, fascinating history, great shopping, and excellent cuisine. The town is made up of 2 parts - Upper Paphos (Pano Paphos) up on a hill and Lower Paphos (Kato Paphos) down by the coast. The main clubbing spot in Cyprus is Ayia Napa which is one of the most popular Mediterranean party destinations, competing with the likes of Ibiza, Magluf and Mykonos. The city’s main square and Ayias Mavris street are lined with bars, clubs, attracting thousands of party goers all summer long.

Limassol, a city by the sea, is one of the largest cities on the island, great for families with its waterparks, restaurants, fabulous beaches and tons of historical attractions, especially the ruins of Amathus to the east. Protaras, situated on the east coast of the island, exists primarily as a tourist resort. Here, you’ll find plenty of sandy beaches and a fantastic variety of watersports, including scuba diving, both for beginners and advanced divers. Top dive sites nearby include Green Bay, the Blue Hole and Malama Bay. Pernera offers some great sandy beaches with beachfront bars and restaurants perfect for visitors traveling with children. You’ll want to check out Larnaca for it’s fabulous beach, Finikoudes. The city is a popular destination as a mooring spot for luxury yachts and the harbor is surrounded by chic cafes and stylish boutiques. Larnaca is also home to the most one of the most religious sites in Cyprus, the Hala Sultan Tekke mosque and the church of St Lazarus.

Nicosia, the capital of Cyprus, is unique in that it is split between Greek and Tukish Cyprus. It is often referred to as the ‘Last Divided Capital city of Europe.’ This is because the northern part of the city, along with the northern part of the island, is under military occupation by Turkey. Visitors can walk up to the UN Buffer zone, known as the ‘Green Line’ which runs through the city and divides the island. It is possible to cross over to the Tukish Republic, but you will need your passport to do so. The city is sophisticated and cosmopolitan with many beautiful landmarks. You’ll also find plenty to do when it comes to history and museums, along with plenty of shops and restaurants to enjoy.

When is the best time to visit Cyprus?

The best time to visit Cyprus is the spring which often arrives as early as February. Weather is still favorable in March and April with wild flowers, including over 40 species of orchids, popping up across the ridge of the Besparmak Mountains and the hillsides towards the Akamas headland. The temperatures really start to rise in May and the sun usually lasts all the way through to October. Summer is the best time for sea turtles with conservation projects to be found on Lara Bay and Alagadi Beach. Prices start to fall in autumn, so consider a getaway before the cold and rain of December to January.

How many days should I spend in Cyprus?

What is the best way to get around Cyprus?

Cyprus is small enough for you to get around easily. Roads are good and well-signposted, and traffic moves smoothly.

Public transport is limited to buses and service taxis (stretch taxis that run on predetermined routes). There is no train network and no domestic air services in either the North or the South. Four-lane motorways link Nicosia (Lefkosia) with Lemesos and Larnaka, expanding west to Pafos and east to Agia Napa. In Northern Cyprus there is only one motorway, which runs between North Nicosia and Famagusta.

Note: The buses don`t run late during the evening so if you want to travel around it`s a good idea to rent a car.

For more information visit Getting Arround.

What is the currency of Cyprus?

The official currency of Cyprus is the Euro. 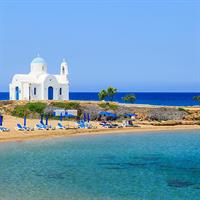 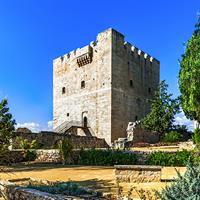 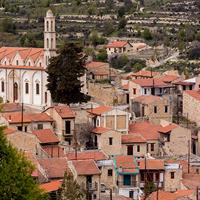 Browse all 3 customizable packages or Build Your Own Itinerary