What is England known for?

Perhaps the most important thing about England was its impact on the world through its royal family, having once ruled over an empire where the sun never set. You can experience England`s royal past and present by visiting sites like Buckingham Palace, Westminster Abbey (with Big Ben), and Sandringham House, just to name a few. Many other noteworthy characteristics that make England desirable to tourists come directly from the royals` historic influence. Over 1,500 castles, most of which were built on orders or with the blessing of past kings and queens, are open to the public today, as are hundreds and hundreds of historic palaces, stately homes, and manors constructed by members of the nobility. Also tied to the royal family, throughout hundreds of years of history, is the Church of England, whose cathedrals attract millions of tourists and pilgrims to England each year. Canterbury Cathedral, in Kent, is the headquarters of the Church of England. St. Paul`s Cathedral is a landmark in the London skyline and is not to be missed either.

England is known the world over for its natural beauty, seen everywhere from its beautiful coastline and seaside towns such as Brighton and Blackpool to its quaint villages and breathtaking national park system (of which the Lake District, Peak District, and the Yorkshire Dales are three of the most popular parks, not just in England but in all of Europe). Finally, England is known for its culture, which still heavily impacts the world today. It ranges from a long literary, artistic, and intellectual tradition, to festivals that celebrate both England`s long history and the cultures of the people who are more recent arrivals. With such a rich cultural tapestry, is it any wonder that England is also known for its authentic souvenir shopping (ranging from wines and cheeses to English wool)? (London is also a world-class city when it comes to luxury shopping and cutting-edge fashion.)

What are the best places to visit in England?

The best places to visit in England depend on how much time you have to explore the country! If you have a week or less, we suggest staying close to London, the capital of England and the United Kingdom, and one of the most important cities in the world. You could spend weeks and weeks in London and not see absolutely everything it has to offer, but three or four days at least will be sufficient in experiencing the best of the best. In the Thames River Valley, you can visit such towns as Windsor, home to the eponymous castle that is also a royal residence; and the epicenter of English-language higher education, Oxford. Speaking of higher education, Cambridge, home to another storied institution, is less than an hour away by train from London, as is surrounding East Anglia.

If you have more than a week to explore the country, you can pick and choose a little more when it comes to how many places you can visit and for how long. The Land of Shakespeare is the area where The Bard himself spent his most formative years, mostly in Stratford-upon-Avon. Less than an hour to the south and southwest you will find perhaps England`s most charming countryside escape: The Cotswolds, and the nearby cities of Cheltenham and Gloucester. South West England has even more beautiful cities and sights to explore, ranging from its largest city, Bristol, to the iconic prehistoric Stonehenge monument, to the legendary seaside resort of Bath and the coastal cities of Plymouth and Exeter. Another seaside resort on the southern coast that is very popular is Brighton, located to the east of Southampton.

Heading north into The Midlands, you have Birmingham, the largest city, and the smaller cities of Coventry and Nottingham are featured prominently in legends that have endured for centuries. The North, part industrial and part agricultural, is one of the most bustling and diverse parts of England. You can find one of an assortment of vacation experiences in the distinctive Yorkshire region, as well as in North West England, where such unforgettable cities as Manchester and Liverpool are just a skip and a jump from the Lake District and the country`s largest lake, Windermere. After a lake getaway, head 45 minutes north to Hadrian`s Wall and follow the path all the way from Cumbria to Tyne and Wear in North East England.

When is the best time to visit England? Will it be hot or cold when I visit?

England is one of the most popular tourist destinations in the world. Naturally, as a country with rich history and distinct natural beauty, people vacation here all twelve months of the year. The shoulder seasons are recommended over other times of the year, however. The months of April, May and early June comprise the first shoulder season, and the second shoulder season begins in the middle of September, lasting through the end of October. During this time, lines at key tourist attractions should be shorter, and prices for travel and accommodations will be off their summertime peaks.

People who visit England in the winter will be wowed as dustings of snow routinely occur across the north of the country, and less frequently in the south. By the spring, daylight hours have become extended and the precipitation England is known for slowly makes way for drier and more pleasant conditions. Those conditions can also be enjoyed in the autumn, just before the Christmas markets open for business in cities and towns across the country. Temperatures peak in the 60s and 70s across the country in spring and summer, with readings retreating under 60 by late October. For more information, check out: Best Time to Visit England.

How many days should I spend in England?

We recommend 7-10 days based on what you want to see and do. We offer flexible vacation packages so you can select your number of nights in each city, desired hotel and activities. We suggest a minimum of 3 nights in larger cities, and a minimum of 4 nights in London.

What is the best way to get around England?

Whatever your pleasure, transportation in England is modern, easy to navigate and fits a variety of budget ranges. The best way to travel in England ultimately depends on your goals: Do you want to travel by train in England, or maybe you want to visit as many cities as possible or exploring the towns dotted throughout the country; if so, driving may be the way to go.

By Car: If you want to enjoy the countryside at your own pace, renting a car is a great way to see England. England`s road network is one of the most highly-developed in the world, and freeways and highways connect all large population centers with one another. Two-lane country streets and avenues are also great for exploring via automobile. It`s a roughly four-hour drive (excluding traffic) from London to Manchester, and it is a similar drive time from London to Plymouth. It is about a two-and-a-half-hour drive from London to Birmingham. For more information on getting around by car, check out: Driving in England.

By Train and/or Ferry: The train system in England is administered by National Rail. It is one of the most extensive systems in the world and one of the easiest to use as well. Handicapped accessibility is available in most major and mid-sized train stations. Train stations are connected to a number of airports in England, making it easy for visitors to move directly to the city center. (Such airports that have train stations include London-Heathrow, London-Gatwick, London-Stansted, Luton, Birmingham, and Manchester.) Train journeys between London and Manchester usually take about two-and-a-half hours, and 90 minutes between London and Birmingham. Also, another related mode of transportation that will come in useful for travelers will be the London Underground, administered by Transport for London (TfL), which connects all of Greater London on 11 lines and with 270 stops.

The Eurostar trains, operating separately from the National Rail, leave from London St Pancras International train station and utilize the Channel Tunnel to connect London with Paris, Brussels, Amsterdam, and Marseille. There are train-to-ferry connections in multiple cities, most of which connect the southern coast with the Channel Islands and France: Dover, Newhaven, Portsmouth, Southampton, Lymington, Poole, Weymouth, and Penzance.

What is the currency of England?

England, like the other constituent nations of the United Kingdom, uses the pound sterling (£). US dollars are not accepted. Please be sure to have the correct currency on hand or be prepared to exchange your dollars for pounds upon arrival. Currency exchange desks can be found at the airport and many locations throughout the country. For more detailed information, consult our guide by clicking here Tipping in the United Kingdom. 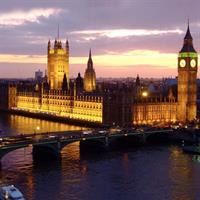 London and Liverpool by Train
6 nights from $919* 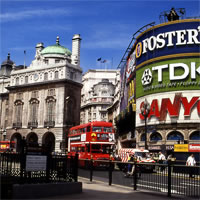 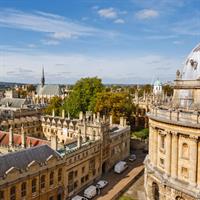 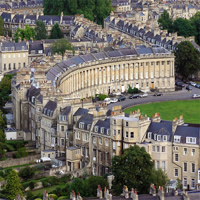 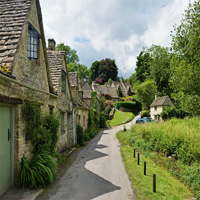 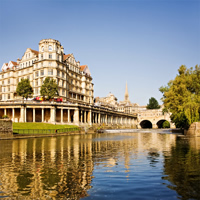 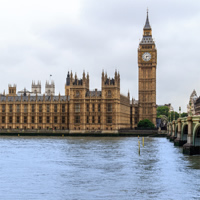 London and Manchester by Train
6 nights from $859*

London and Manchester (Self Drive)
6 nights from $939*

Browse all 260 customizable packages or Build Your Own Itinerary