What is Greece known for?

Greece is famous for being the birthplace of democracy, the creation of the Olympic Games, and for its unique and historical architecture. Some examples include the Acropolis in Athens, the Sanctuary of Delphi, and the ancient Theatre of Epidaurus. The country offers the most beautiful natural landscape and a fascinating culture.

Officially called the Hellenic Republic, Greece is an absolutely beautiful country. The land of Greece is infused with ancient mythology and if you like archeology, history, art, and philosophy then you will love Greece. The country is also famous for its delicious cuisine, cliffs tumbling into sparkling blue water, sand and pebble beaches, and a balmy Mediterranean climate, which all make this destination a prime tourist destination.

What are the best places to visit in Greece?

Known for its abundance of ancient ruins, whitewashed villages, beautiful beaches, delicious cuisine and welcoming atmosphere, it is no wonder that Greece ranks among Europe`s top travel destinations. But the reason that tourism exists in the first place is that it`s just so beautiful here. Often, you`ll find that beauty on the many Scattered Islands, lying like little gems in the seas surrounding the Grecian peninsula. Each one offers its own share of spectacular landscapes, historic sites, nightlife scenes and cultural delights.

There`s a wealth of these to explore. From the Ionian Islands in the west – including Kefalonia Island and Corfu Island - to the Aegean Sea, boasting Mykonos Island, Santorini Island, Paros Island, Kos Island and Rhodes Island, amongst others. Then there`s the pre-Hellenic Minoan culture of Crete Island to the south. Back on the mainland, there`s scenery worthy of the gods all over the place. The monastery of Meteora, the ruins at Delphi, and then, most legendary, the capital of Athens and all of Mainland Greece to explore.

When is the best time to visit Greece?

Generally speaking the best time to visit Greece is during spring (from April until mid-June) and fall (September - October). During these months the weather is mild, and the crowds are less. July and August are very hot months, and it`s very crowded, especially in popular destinations like the Mykonos, Santorini, Rhodes, etc.

Due to its mild climate, Greece is an all-year-round destination. Every season in this country has its charm, as well as its pitfalls, so when to go depends on your travel type, destination and what activities you`re interested in. Like many other countries, you can have a very different experience depending on when you decide to visit. Here is an overview of Greece in all four seasons that will help you make a decision what`s the best time of year for you to visit. For more information, check out: Best Time to Visit.

How many days should I spend in Greece?

What is the best way to get around Greece?

For some visitors, going to Greece is all about going to the islands. For others, it`s the 2,500 years of history in Athens, on the Peloponnese Peninsula and beyond. But for most travelers, it`s a combination of islands and inland, city and countryside, culture and leisure.

Getting from each destination is as varied as the places themselves. Whether you`re traveling for a week or longer, chances are you`ll find yourself using boats, trains, cars and maybe even mopeds.

By Boat/Ferry: Greece has 227 inhabited islands and more than 8,500 miles of coastline, so it should come as no surprise that boats are one of the most common ways to get around. The country offers an expansive network of ferries between the various islands and archipelagos, as well as ferry services to Italy and Turkey.

Within easy reach of the Athens International Airport is Piraeus, which is the main port for ferries plying the Aegean Sea. From there, there are regular routes to the major islands in the Cyclades, Crete, the Saronic Gulf Islands, the Dodecanese chain and the Northeast Aegean Islands. A smaller port in Athens is Rafina, which has ferry service to Evia, some of the northernmost Cycladic Islands and many of the Northeast Aegean Islands.

If you’re traveling to the Ionian Islands off the west coast of Greece, most ferries leaves from Patras or Kyllini on the Peloponnese or Igoumenitsa in Epirus.

There are a number of ferry companies, with sea-going vessels that range from traditional large ferries carrying both passengers and vehicles to faster-moving catamarans and hydrofoils.

By Train: The national rail system (OSE) is extremely limited and they don`t cover the whole country. Trains are slow and generally not very clean. That said, the importance of rail travel is now being rediscovered, and the national rail network is under major renovation. The project`s completion is still a long way off. There has been extensive (and continuing) modernization of the Athens-Thessaloniki corridor, with travel times being significant reduced.

By Car: Driving the mountainous roads of the mainland and the busy streets of some of the more popular islands is not for everyone. If you`re up to the challenge, over 21 years old and comfortable with a standard transmission, renting a car is definitely a great way to explore remote villages in the countryside that are not reachable via public transportation.

You will need an International Driving Permit accompanied by a valid driver`s license from your home country. In the U.S., these are available through AAA (American Automobile Association) and NAC (National Automobile Club).

Car rental offices are present throughout Greece, especially in major cities and in highly touristed areas. The cars offered generally have manual gearboxes; automatics do exist, but it is advised to reserve one in advance. Some car rental agencies and insurance policies do not allow the car to be taken out of Greece.

What is the currency of Greece?

The currency of Greece is the Euro. US dollars are not accepted. One euro is divided into 100 cents. The official symbol for the euro is €, and its ISO code is EUR.

Please be sure to have the correct currency on hand or be prepared to exchange your dollars for euros upon arrival. Currency exchange desks can be found at the airport and many locations throughout the different cities. For more detailed information, consult our guide by clicking here Tipping in Greece.

Do people speak English in Greece?

Greek is the official national language and is the native tongue of the vast majority of the population, although the English speaking visitor will encounter no significant language problem. English is the most widely studied and understood foreign language in Greece, followed by French, Italian, and German. Basic knowledge of English can be expected from almost all in the tourism industry and public transport services. Learning a few Greek terms, such as `hello` and `thank you` will be warmly received. 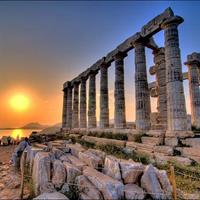 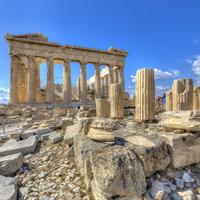 Athens and Santorini by Air
6 nights from $999* 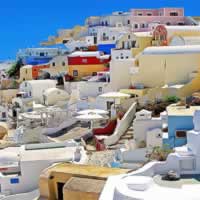 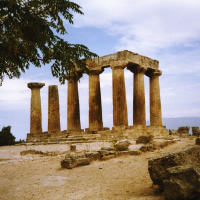 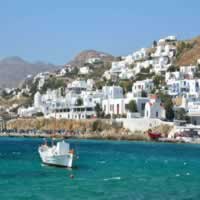 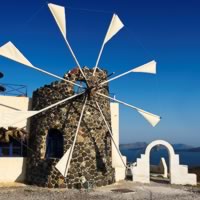 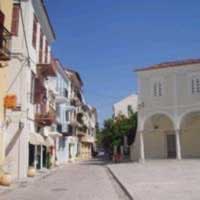 Athens and the Peloponnese (Self Drive)
9 nights from $879*

Browse all 187 customizable packages or Build Your Own Itinerary