What is Belgium known for?

Belgium is known for its delicious chocolates, its crispy fries and a wide array of beers. There are over 3,000 castles to explore, battlegrounds from the World Wars, and every museum imaginable. Though it is a small nation, it plays a big part in the world`s history. It is also a destination with thousands of breweries and all the chocolate you can imagine.

What are the best places to visit in Belgium?

Ranging from the villages of Wallonia in the south to the Flemish diamond towns and North Sea coast, this nation hosts everything from lively European parliaments to sobering war memorials within its borders. The capital city of Brussels is packed full of UNESCO-acclaimed sites, from 14th-century guildhalls surrounding the elegant Grand Place to the early 20th-century Art Nouveau townhouses of Victor Horta. Bruges, known as the `Venice of the North`, has changed little from its 13th-century origins and this shows in it`s perfectly-preserved medieval streets rimming tranquil canals. It is the perfect place to discover the roots of Belgium. There are numerous other towns in the country - particularly Antwerp, Ghent and Mechelen - that have retained outstanding architectural examples from the Middle Ages as well. Or, you may want to check out the attractive seaside town of Ostende, situated in West Flanders. .

There are over 3,000 castles to explore, battlegrounds from the World Wars, and every museum imaginable. Whether you`re here for the ancient or modern history, Belgium provides a huge chunk of European heritage within a bite-sized piece of land.

When is the best time to visit Belgium?

The biggest thing to take into consideration when planning a trip to Belgium is the weather. During the winter months (November to March), it can get rather chilly. The canals will freeze over, forming ice skating rinks. If you`re a fan of the winter, it`s a perfect time to enjoy skiing and Belgium`s Christmas markets.

Spring and fall are arguably some of the best times to visit the country. The temperatures are enjoyable, and there tend to be fewer tourists. During the fall, the countryside is painted with hues of red, orange, and yellow. There are also a few festivals to look into during these seasons (particularly the Jazz Marathon and Ghent Film Festival).

Summer in Belgium means warmer weather and larger crowds. If you want cheaper accommodation and flights, make sure to book in advance! For more information, check out: Best Time to Visit Belgium.

How many days should I spend in Belgium?

What is the best way to get around the Belgium?

Traveling around Belgium is easy. It is a small country with an extremely organized and reasonably priced public transport system which includes an extensive train network as well as a plethora of local bus services.

By Train:The Belgian trains are easy to navigate and require minimal planning beyond looking up the train times and buying a ticket for your destination. Train tickets between cities are considerably cheaper (5-20 euros for intra-Belgium travel one-way) than other European countries although we urge you to carefully look up the train station that makes the most sense for you. The train station names for the city centers aren`t as obvious as some other countries.

Railpasses: A Benelux Tourrail Pass is good for five days unlimited rail travel throughout Belgium, Luxembourg and the Netherlands within a one month period. Two adults traveling together get a discount. The Youth Pass will save money for folks younger than 26. A France-Belgium-Luxembourg-Netherlands Pass is also available.

By Car: Drivers need only produce a valid driver`s license from your home country. Traveling by car gives you the most freedom to explore at your own pace, either on or off the beaten path. There are about 150,000 miles of highways in Belgium. You will need a car to take you to the smaller villages.

Essentially, all major car-rental companies have offices in the three capital cities and some other large cities, though arranging a rental outside a metropolitan area can present problems. Names and locations of rental companies are listed in the appropriate chapters for each country. For more information on traveling by car check out Driving in Belgium.

What is the currency of Belgium?

The currency of Belgium is the Euro. US dollars are not accepted. Please be sure to have the correct currency on hand or be prepared to exchange your dollars for euros upon arrival. Currency exchange desks can be found at the airport and many locations throughout the city. For more detailed information, consult our guide Tipping in Belgium.

Do people speak English in Belgium?

Belgium can be divided into two geographical regions: French-speaking Wallonia in the south and a dialect of Dutch known as Flemish in the Flanders region in the North. Brussels sits right in between these two regions and therefore is bilingual: people there speak both French and Dutch. Interestingly, Belgium is a trilingual country, because there is a small part in the south of Wallonia that is dedicated to German speakers.

The country of Belgium has three official languages, Flemish (Dutch), French, and German. You`ll often see signs in both French and Flemish. We suggest you get a good English-French (or Flemish, or German) guidebook and familiarize yourself with common phrases such as hello, goodbye, excuse me and numbers 1-10.

4.7 out of 5 stars
► 670 Reviews
We are very satisfied with the service and organization of Tripmaster, it is the second time we travel with you and we really come back with wishes to ...
Read more - See this traveler's itinerary
Traveled on: 12/18/2019
I was skeptical of the trip masters website, I must admit. I did some searching on reviews and the better business bureau before I bought my trip. ...
Read more - See this traveler's itinerary
Traveled on: 12/18/2019
Well organized website, reliable bookings, very pleased. This is the second time I`ve used this site and both times have been very happy.


Read more - See this traveler's itinerary
Traveled on: 12/5/2019
Fantastic trip. This is the 6th time Ive used this company and everyone has been flawless.


Read more - See this traveler's itinerary
Traveled on: 8/14/2019
Everything was perfect. 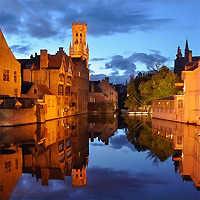 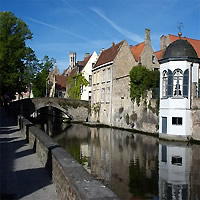 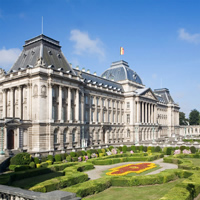