What is Spain known for?

Spain is known for so many wonderful things. First, there is a beautiful artistic tradition in Spain that has stretched back more than a millennium, and you can see many pieces from well-regarded artists like Goya, Picasso, and many more, in such internationally-renowned galleries like the Museo del Prado, the Museo Thyssen-Bornemisza, and the Museo de Bellas Artes, just to name a few.

Spain`s long colonization by the Moors brought stunning examples of Islamic architecture, much of which you can find in the Andalucía region. Many Roman-era ruins and structures can be found in Spain too, dating from the time much of the country was part of the province of Hispania. A discussion on Spanish architectural marvels cannot be complete without mentioning the many ornate Roman Catholic cathedrals, of which La Sagrada Família is perhaps Spain`s most notable. The whitewashed building styles of the Medieval villages located across the country are not to be missed either.

Spain is well-known as a sun and fun destination, with over 3,000 miles of coastline, ranging from the sun-kissed sands of the Canaries and Balearics to the mainland, where hundreds of beaches along the Mediterranean and the Bay of Biscay vie for tourists` attention. The beach communities, along with the large cities, offer some of the best nightlife in the world, with nightclubs and terraces sizzling with activity until sunrise. That`s not even mentioning the live music options, ranging from rock to the intoxicating flamenco.

Last, but certainly not least, people come to Spain to enjoy the delicious cuisines and the numerous wines grown and bottled here. Spanish cuisine is not a monolith -- each region is known for its own specialties, such as seafood in Galicia and roast lamb in Segovia. The best way to sample all the delicacies is to sit for shared plates of tapas, a mealtime tradition no matter where you are in Spain. Many cities boast burgeoning culinary scenes; San Sebastián in the Basque Country has more Michelin stars out of any world city except Paris! Various vintages can be sampled from wine regions across the country, from La Rioja to the Sherry Triangle.

What are the best places to visit in Spain?

No trip to Spain would be complete without visiting the capital, Madrid. Be sure to explore Central Spain as well, including the historic cities in Aragon and Castile and León. Another can`t-miss region is Catalonia, of which Spain`s second-largest city, Barcelona, is its jewel, and the Costa Brava is its playground.

Natural beauty and millennia of history collide in beautiful Andalucía, in such locales as Seville, the region`s largest city, as well as Málaga, Granada, Córdoba, Ronda, Cádiz, and the Sherry Triangle. Andalucía is also well-known for its beaches, such as the Costa del Sol and the Costa de la Luz.

Also popular with tourists is the Valencian Community, where Valencia is the capital, and Alicante and Benidorm on the Costa Blanca are two of Spain`s most-developed and glittering beach resorts. When talking about popular beaches, one can`t forget world-class party destinations Ibiza and Mallorca, nor can one forget the Canary Islands, like Gran Canaria and Tenerife, which have welcomed tourists for generations.

Other areas of Spain that you should consider visiting are the beautiful pueblos blancos, or the White Villages, built on top of mountains and cliffsides across the country. In the north, you can experience the Green Coast, with such beautiful cities as Santiago de Compostela and Santander, and Basque-speaking areas such as Bilbao, San Sebastián, and Pamplona (famous the world over for its `running of the bulls`).

When is the best time to visit Spain?

Spain`s geography and climate is varied, but no matter where you go, you will encounter beautiful scenery and you will make memories that will last a lifetime. Traditionally the high season in Spain occurs between June and August. The Canary Islands also have a second high season which occurs in late winter and early spring in addition to the summer season. Temperatures are warm in the summertime and crowds are at their peak. The spring and autumn months are considered the shoulder season in much of Spain, when weather is cooler, hotels tend to offer lower rates, and crowds are more manageable at popular tourist attractions. The south of the country is the part that sees warm temperatures earlier than the rest of the country, and cools down the latest. However, the entire country is cool by December, where it is the low season in every part of the country except for the ski resorts in the Pyrenees, the Cordillera Cantabrica and the Sierra Nevada. For more information, check out: Best Time to Visit Spain.

How many days should I spend in Spain?

What is the best way to get around Spain?

Whatever your pleasure, transportation in Spain is modern, easy to navigate and fits a variety of budget ranges. The best way to travel in Spain ultimately depends on your goals: Do you want to travel by train in Spain, or maybe you want to visit as many towns as possible or exploring the tiny villages dotted throughout the country; if so, driving may be the way to go.

By Car: If it`s the open road you`re after, renting a car is the best way to travel in Spain. All the typical car rental companies are available at the major airports. Specify automatic or manual transmission, as car transportation in Spain (and Europe, for that matter) is usually manual. Major highways span the country to help ease access to the major cities. Like in many countries throughout Europe (save for the British Isles), Spain drives on the right side of the road. For more information on getting around by car, check out: Driving in Spain.

By Train: Train travel in Spain is very efficient; Spain is home to perhaps one of the most advanced rail systems in Europe, namely Renfe. Renfe runs the AVE high-speed trains which link Madrid and other major cities like Barcelona and Seville. Suburban and local service links cities and towns across the country as well.

What is the currency of Spain?

The currency of Spain is the Euro. US dollars are not accepted. Please be sure to have the correct currency on hand or be prepared to exchange your dollars for euros upon arrival. Currency exchange desks can be found at the airport and many locations throughout the country. For more detailed information, consult our guide by clicking here Tipping in Spain.

Do people speak English in Spain?

English may be spoken at your hotel and in tourist areas, but don`t expect it absolutely everywhere. We suggest you get a good English-Spanish dictionary and familiarize yourself with common phrases such as hello, goodbye, excuse me and numbers 1-10. To ask someone if they speak English, say `¿Habla inglés?`.


Read more - See this traveler's itinerary
Traveled on: 12/24/2019
The hotel was in a perfect location to everything we wanted to see - The flights were perfect as well! Couldn`t have asked for a better trip! 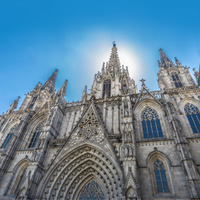 Madrid and Barcelona by Air
6 nights from $909* 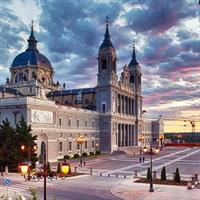 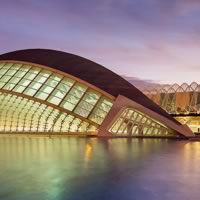 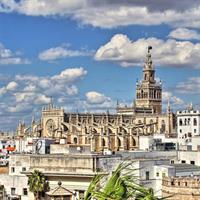 Barcelona and Ibiza Island by Air
6 nights from $999* 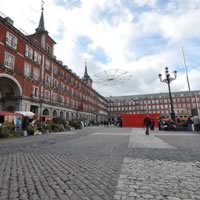 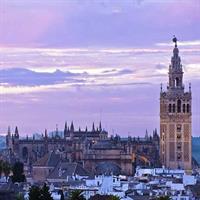 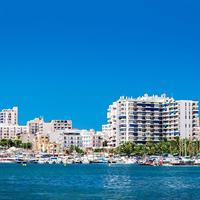 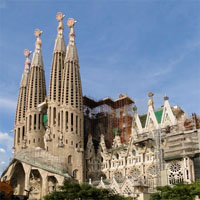 Browse all 572 customizable packages or Build Your Own Itinerary