close X
Mexico City
Mexico City has become a major player on quite a few places-to-visit lists. It is one of the most important cultural and financial centers in the Americas. This cosmopolitan city has world-renowned museums, colonial masterpieces, historic and archaeological sites, bohemian neighborhoods, markets, exciting nightlife, and diverse shopping and dining alternatives for you to experience. Whatever you do, you will get to experience the city's rich cultural diversity and remarkable identity.

close X
Oaxaca
Founded in 1529 in an area that was originally occupied by the Mixtecs and Zapotecs, the city of Oaxaca is a flourishing commercial center. This city recognized by UNESCO as a World Heritage Site is best known for its various archaeological sites, colonial buildings, exquisite cuisine, colorful handcrafts production, folklore and festive environment, all of which you can witness during your stay. If all these is not enought for you, Oaxaca also offers many ecological activities, fluorecent lagoons and lush mountains. Oaxaca has it all!

close X
San Cristobal de las Casas
The beautiful highland city of San Cristobal de las Casas emerges from the verdant valley surrounded by towering mountains. A colorful town packed with culture, textiles, quaint cafes and unique markets, the heart of the city is the main square filled with people, verdant trees and wrought iron benches to sit and absorb the laid back atmosphere. Walk down the narrow cobblestone streets and through traditional neighborhoods where vibrant houses line the street and cute shops and vibrant markets lie. The city is a great base for exploring countless adventures through the state of Chiapas.

close X
San Miguel de Allende
The colorful energetic streets of San Miguel de Allende lay in Mexico`s central highlands boasting beautiful baroque Spanish architecture and some of the most delicious, creative cuisine in the country. The city is a UNESCO World Heritage Site, a true colonial gem referred to as the `eternal spring` town that boasts unique beauty. Visitors can wander around and feel the provincial charm in the colorful buildings where boutique hotels are housed. The city is known for its thriving arts scene and cultural festivals along with its stunning and spectacular cathedrals.

close X
Los Cabos
Stretching along the Baja Peninsula, Cabo San Lucas and San Jose del Cabo are known as Los Cabos in Spanish. Los Cabos is a magic land full of contrast, from breathtaking seas, to desert and mountains. However you define getting away from it all; whether rock climbing, snorkeling, relaxing on the beach or soaking up local culture, Los Cabos is ready to open a world of possibilities.

close X
Guanajuato
Guanajuato is the city that lies in the heart of Mexico known for its colorful colonial architecture and network of narrow alleyways and streets. The city is full of color and history with picturesque villages, archeological zones, arts events and vibrant festivals such as the world-renowned International Cervantino Festival. This charming city has a unique energy with so much to discover including opulent colonial architecture, tree-filled plazas, and colorful houses. 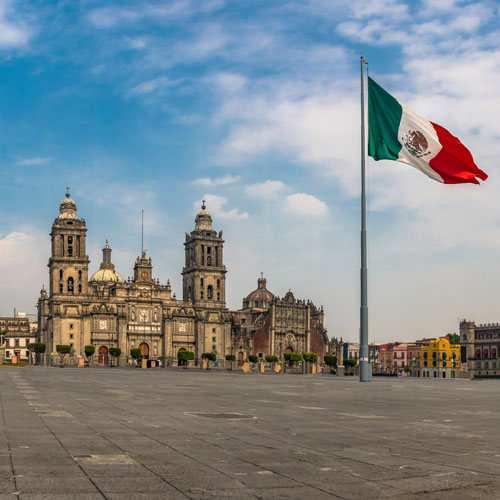 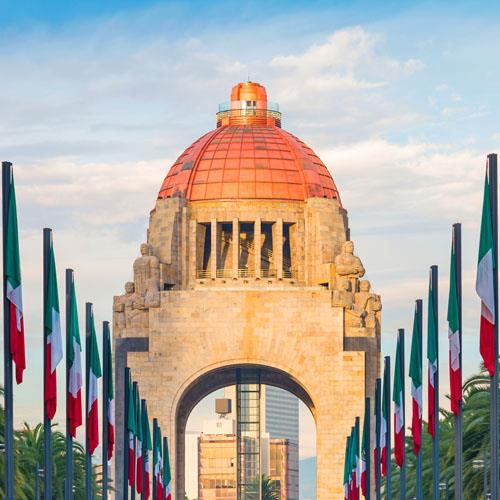 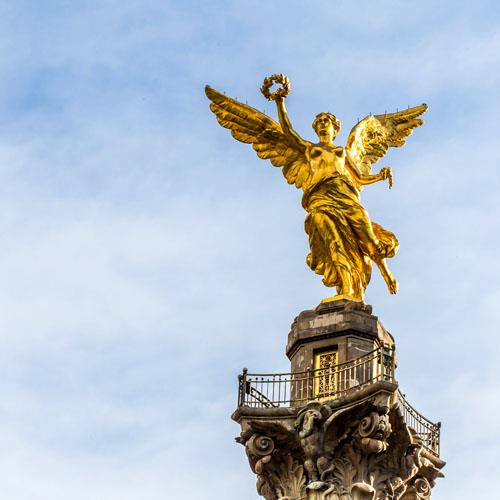 Mexico City is a cosmopolitan and cultured destination. It takes only a stroll through the buzzing downtown area to reveal the capital`s history, from pre-Hispanic and colonial-era splendor to its contemporary edge.

Hotel was great, tours were good too!

Rosemary K ...
Read more - See this traveler's itinerary
Traveled on: April 18
Everything worked out perfectly and the hotels were great!