What is Argentina known for?

Argentina is the third most populous country in South America and one of the largest Spanish speaking country in the world. From the distinct and beautiful landscapes of Patagonia to the rich and artsy culture of Buenos Aires, Argentina is famous for many things. Wine, soccer (futbal), Gauchos, and Tango are all things Argentinean. The country has a rich cultural history with lifestyles uniquely their own.

The Argentine people take great pride in the fact that Pope Francis is from Buenos Aires, Argentina, and the country boasts one of the highest literacy rates in South America with women leading the way.

What are the best places to visit in Argentina?

In terms of geography, Argentina is an exceptionally diverse country, surrounding everything from harsh deserts to humid jungles. Stretching from the subtropical north to the Subantarctic regions of beautiful Patagonia in the south, Argentina also boasts a rich cultural, artistic, and architectural heritage that has drawn upon many influences from around the world. With its wonderful `barrios,` including colorful arts neighborhoods such as La Boca and trendy districts like Palermo, Buenos Aires has a particularly European feel and is the epicenter, known for its music and dance, for its cuisine, fine wines, and outstanding nightlife. In addition to its many cultural attractions, the country also boasts huge glaciers of the snow-capped Andes and the stunning Iguazu Falls, one of the most popular destinations in all of South America.

When is the best time to visit Argentina?

While December to March are the months in which Patagonia in South Argentina is most efficiently accessible, the complete country can be visited all year round. The weather in Buenos Aires is ordinarily hot over these months but a visit in the cooler, brisk months of July and August can be pleasant. The Lake District comes alive with wildflowers over spring (September to November), while autumn in the wine valleys encompassing Mendoza features gold and copper colored vines, simply beautiful against the backdrop of the Andes. For more information, check out: Best Time to Visit Argentina.

How many days should I spend in Argentina?

What is the best way to get around Argentina?

By Bus: Bus travel is another means of exploring Argentina, although distances can be long (expect 20+ hour journeys) and if you`re only here for two weeks, it`s probably better to spend a little bit more on flights.

By Rental Car: If you`ve got a bit more time, consider renting a car. Car rental is readily available throughout Argentina, though it is a bit expensive compared with other forms of transportation. Travelling by car allows you to visit locations that are hard to reach by public transportation. Patagonia, in the South of Argentina, is a popular driving location among tourists due to the magnificent views across many miles of open land.

Argentina generally recognizes valid drivers` licenses from foreign jurisdictions. Drivers must be over 21. The rental companies will charge the renters card ARS6000 to be used in the event of an accident. Traffic regulations in Argentina are generally the same as in the US, but the local often ignore the regulations. On roads and highways it`s mandatory to have car lights on, even during daytime. Be aware that the driving style in Argentina is aggressive and chaotic. Pay attention at night.

By Train: There are trains from Buenos Aires to Tucuman, Cordoba, Rosario (from Retiro station), Bahia Blanca and Mar del Plata (from Constitucion station) among others. Also some limited services in and out of Viedma and Bariloche. Tickets are very cheap.

In recent years the government has promoted the re-establishment of long distance passenger trains, although most lines still operate at a low frequency (one or two departures weekly). The rail network is very limited, and intercity buses offer more frequencies in most corridors.

What is the currency of Argentina?

The currency of Argentina is the Argentine peso. US dollars are not accepted. Please be sure to have the correct currency on hand or be prepared to exchange your dollars for Argentine pesos upon arrival. Currency exchange desks can be found at the airport and many locations throughout the city. For more detailed information, consult our guide by clicking here Tipping in Argentina.

Do people speak English in Argentina?

Spanish is the official language of Argentina and a vast majority of Argentines speak Spanish as their first language. Other minor languages common to Argentina are English and Italian.

4.7 out of 5 stars
► 624 Reviews
We booked all hotel reservations as well as several tours. 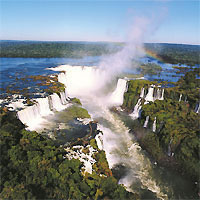 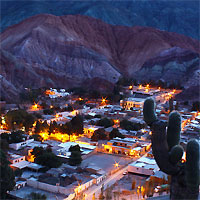 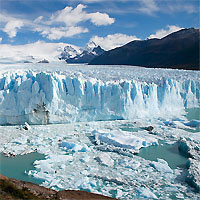 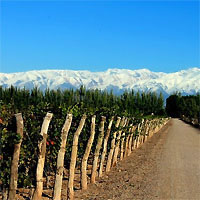 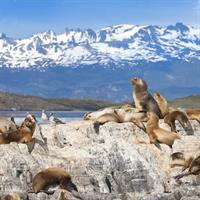 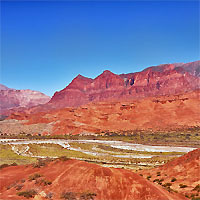 Buenos Aires and Salta by Air
6 nights from 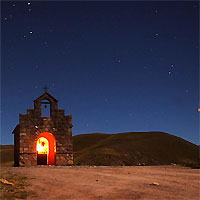 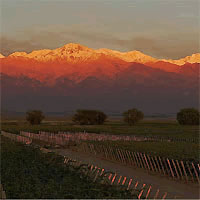 Browse all 86 customizable packages or Build Your Own Itinerary