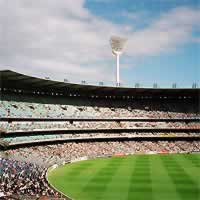 Albert Park is an inner suburb extending from St Vincent Gardens to Beaconsfield Parade and Mills Street in Melbourne. The area includes the old ports of the city, historic Clarendon Street and the Melbourne Grand Prix Circuit, used annually in March for the Formula One Australian Grand Prix. The neighborhood sits just 1.86 miles from the central business district and the area is known for its large park featuring a lake. There is a 3-mile track that is good for walking and cycling and the lake is used for sailing and rowing. The streets are wide and lined with beautiful terraced houses and historic buildings with shopping on Bridport Street and Victoria Avenue and family fun around the lake. 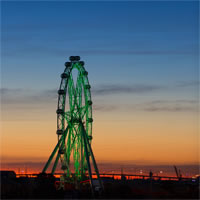 The Docklands neighborhood is an inner-western suburb of Melbourne, situated adjacent to the central business district. The main transport networks are situated in this area including the Southern Cross Station. The docklands are a sought-after business address and the headquarters for a number of major businesses in the area. It is primarily a waterfront neighborhood sitting on the banks of the Yarra River, filled with a large variety of restaurants, waterfront bars, shopping, entertainment, a marina and water sports. Many of the cities river cruises and boat trips depart from here. The Melbourne Star Observation Wheel can be found in the Docklands as well as the Etihad Stadium. 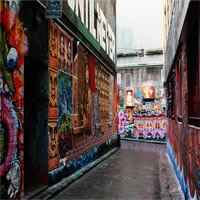 Fitzroy was one of Melbourne`s first suburbs, today the neighborhood offers a trendy bohemian vibe filled with art. Situated just under 2 miles northeast ofthe central business district the area is the smallest and most populated suburb in Melbourne. Mainly known for its famous street art, music and culture, Fitzroy is also the home of Melbourne`s Fringe Festival. The heart of the area is Brunswick Street filled with amazing restaurants serving ethic cuisine, quaint cafes, vintage boutiques, and pubs. Explore the art galleries and studios in this artsy area, this happening spot has something to offer everyone especially food and entertainment. 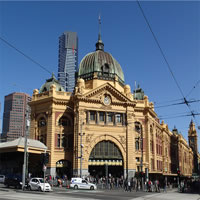 The City Business District referred to as the CBD is the historical core of the city, situated north of the Yarra River established in 1835 by John Batman. The CBD combines two of Melbourne`s oldest areas, the Hoddle Grid home to the famous alleyways and arcades with Victorian architecture and the Queen Victoria Market. The city center is also home to five of the six tallest buildings found in Australia and packed with amazing restaurants, cafes, galleries, boutiques, pubs, and clubs. The city center is laid out in a grid pattern similar to NYC with an extensive transportation system featuring Melbourne`s popular tram network. Some of the well-known landmarks include the Bourke Street Mall,Collins Street, Chinatown, Flinders Street Station and Federation Square just to name a few. 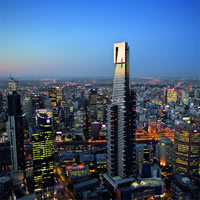 The Southbank area in Melbourne is a neighborhood located less than a mile south of the CBD with the northwestern division considered to be part of the CBD. The Yarra River sits to the south and St Kilda Road is in the East, a former industrial area that now features apartment and office buildings. This riverfront precinct is filled with entertainment, restaurants, theater complex, cafes and two of the most famous landmarks the Crown Casino Entertainment Complex and the tallest building in Australia the Eureka Tower. 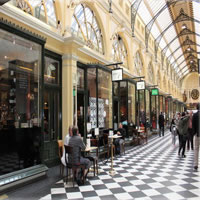 The upper-class neighborhood of South Yarra is situated in Melbourne about 2.5 miles southeast of the CBD. This is an expensive area featuring some of the most prestigious residential addresses in the city along with spectacular surroundings such as the botanical gardens. Toorak Road and Chapel Street are the well-known shopping streets with high-end and trendy shops and boutiques, restaurants, cafes, and clubs. Yarra is the place to see and be seen. 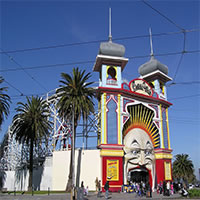 The area of St Kilda, a neighborhood in Melbourne almost 4 miles southeast of the CBD, the area is named after Lady of St Kilda a schooner that was moored on the beach in 1841. The seaside destination is a popular place to be with some of Melbourne`s most famous attractions. Check out Luna Park, Fitzroy Street, and the famous beach. The St Kilda Festival takes place in February featuring week long festivities including live music and comedians. This vibrant area features plenty of restaurants, cafes, bars, and shopping and offers some of the best nightlife in the area.