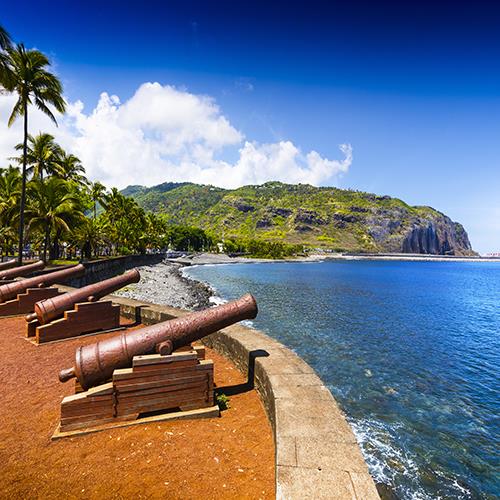 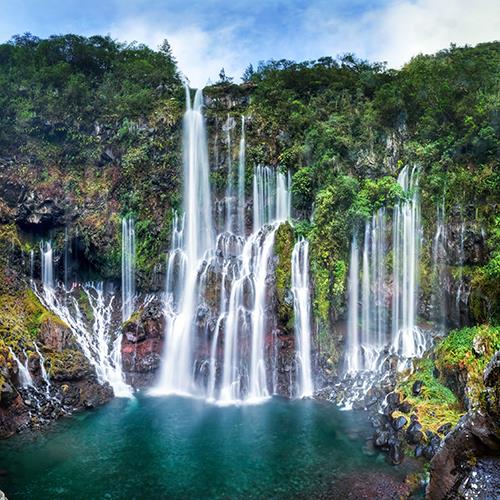 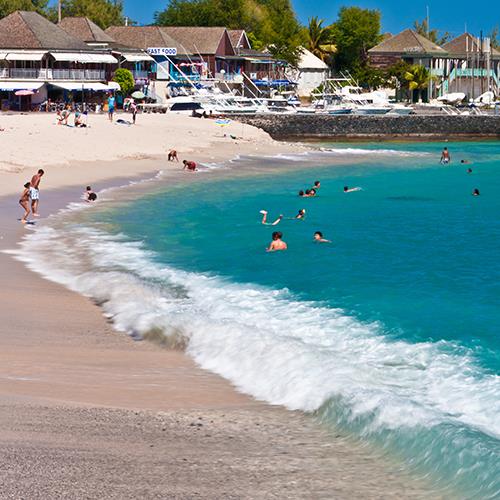 Réunion has a hot sub-tropical climate with sea temperatures that rarely drop below 73°F. The dry season is May to October, with temperatures 68-77°F. November to March is more humid, with most rain and occasional cyclones in January and February. The interior uplands have an almost temperate climate. It can be cool in the mountains and it's advisable to have some warm clothing for the evenings.

Between the east & the west: the eastern slopes of Reunion get the most rainfall whereas the west coast is much drier. There is little difference between day and night temperatures, especially at sea level. However, as the day goes on, clouds tend to form in the mountains that provide the vegetation with the necessary humidity. In order to make the most of the viewpoints and get clear blue skies, it’s best to get an early start.

In general, Réunion can be visited all year round, but the summer months from mid-December to the end of March are subject to some restrictions. Due to sometimes torrential rainfalls, hiking trails and roads on the island can be impassable during this travel season, the air is often humid-hot.

From April the weather calms down quickly and usually offers very pleasant conditions until the end of the year. For active visitors, the entire period from April to mid-December is the best travel season, while seaside visitors and families prefer the main season in the travel season from mid-September to early December.