Welcome to Amman! Upon arrival at the airport, you will go through customs and immigration. Should you opt to purchase a transfer to your hotel; a representative will be waiting for you as you exit immigration. Arrive at your hotel, check in and do not give in to jet lag! There is so much for you to see and do!

We suggest you get acquainted with the city, take a stroll around the downtown area `Jabal Amman` which is one of the seven hills that originally made up the city. Jabal Amman begins at the 1st circle and winds all the way down to King Talal Street in the valley. A historically rich area known for its old beige stone buildings along with 20th-century architecture, wander the tree-lined streets through the richly decorated neighborhoods where royalty once resided.

Head down to the colorful Rainbow Street set in the historic heart of Jabal Amman where you will find the Hashem Restaurant a local treasure, popular with the royal family. Dine on some delicious local Arabic cuisine and check out the pictures on the wall of all the famous visitors that have dined here.

Rainbow Street is the perfect destination to explore on foot. Discover the narrow laneways decorated with old buildings that have been restored and now house beautiful boutiques, quaint cafes and quirky bars. On Friday`s there is a popular `Souk` held in the area, a vibrant open-air market where you can pick up local handicrafts, clothing and delicious snacks.

If time allows visiting the spectacular Jordan Museum, also located in downtown housed in a large modern building containing some of the most valuable archeological findings in the whole country. Some highlights of the museum include the Dead Sea Scrolls, Neolithic limestone statues of `Ain Ghazal` and a copy of the Mesha Stele.

Enjoy dinner at one of the many restaurants or cafes found in the downtown area and take a stroll around the area to soak up the evening atmosphere. 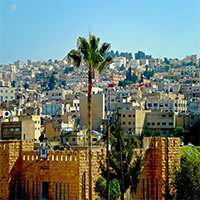 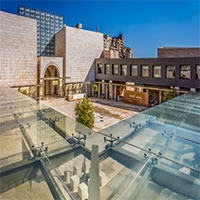 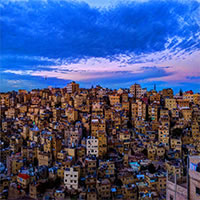 Start your day with a fresh hot cup of Turkish coffee and delicious fresh baked pastries. Then begin exploring the magnificent historical sites this ancient city has to offer.

The Amman Citadel is an important landmark in the city with a deep history dating back to the Middle Bronze Age (1550-1650 BC). The site sits atop of Jabal al-Qala the highest of the original seven hills of Amman (there are now around 20). Other ancient buildings that can be explored here are from the Roman, Byzantine and Umayyad periods including the Temple of Hercules, a Byzantine Church, and the Umayyad Palace.

Marvel in awe at the `Portico` featuring six columns that stand at 33 ft tall on the site and the massive hand carved out of stone, identified as Hercules`s Hand which is 39 ft tall with the remains of three fingers and an elbow. The area is a great place to watch the sunrise or sunset and capture some breathtaking photographs with stunning views of the city and the ancient Roman Amphitheatre below.

Grab some lunch in the area around the ruins where you can feast on some delicious `Shwarma` dishes with freshly cooked lamb in a special sauce that is then rolled in a piece of flatbread along with falafel, hummus and tomato and cucumber salad with a zingy taziki sauce.

Next stop is the awe-inspiring Roman Theatre nestled in the hillside of downtown Amman. The theatre was built during Antonius Pius`s the Roman Emperor`s reign (138-161 CE) and features 6,000 seats where musical performances are still held today. The Al-Balad Music Festival, The Amman International Book Fair, and the Amman Marathon are noteworthy festivals that are held here annually. The Jordan Folklore Museum and The Jordan Museum of Popular Tradition can be visited on site.

Do some shopping in one of the many unique `Souks` such as the Spice Souk, Gold Souk or the Souk Jara filled with handicrafts and antiques. Continue exploring other shops in the city where you can purchase some unique finds such as Dead Sea Products, antique teapots or a `keffiyeh` a traditional checkered headpiece of Jordanian men.

As evening time approaches find a restaurant that appeals to your appetite with a wide variety of Arabic restaurants, Western-style eateries, Asian Fusion and French bistros. After dinner visit one of the many shisha lounges where you can smoke from a hookah. The downtown area is where you can find most of the city`s happening nightlife including bars and clubs that fill a maze in the Balad area, which is the old heart of the city. Enjoy some live music in a great authentic atmosphere. 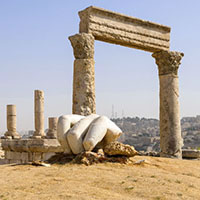 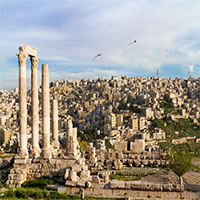 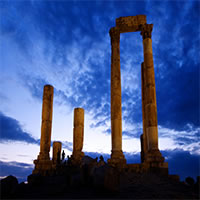 Today make your way to the impressive ruins of Qasr Al Abad also known as the `Castle of the Slave` located in the valley of Wadi Seer. The ruins of the ancient palace date back to 200 BC, it was originally built out of some of the largest blocks of any known ancient structure in the Middle East, the largest block measured 23x10 ft in size. The two-story structure measured 131x65 feet standing 42 feet tall, the site features carvings and figurines of lions, panthers, and eagles with eleven caves in the surrounding area.

As the afternoon approaches head to one of the city`s souks, gather some delicious fresh fruits and vegetables along with other tasty treats for a picnic in the park. Al Hussein Park is the largest green space in the city filled with beautifully decorated gardens, sports fields, historical passageways and a memorial building. The spectacular vibrant gardens cover 70 acres nestled in the hillside which is the perfect setting for a picnic and a relaxing afternoon.

There are two fine museums set in the popular park, The Royal Automobile Museum housing classic cars such as Aston Martins, Phantom`s, Lincoln`s and Rolls Royce. Some of the vehicles displayed here are from King Hussein`s personal collection, the museum depicts the history of the Hashemite Kingdom of Jordan through cars and motorcycles and the `Rover` used in the movie `The Martian` starring Matt Damon can be seen here.

The Children`s Museum Jordan is a brilliant place to visit with the kids, this hands-on museum is designed just for them, featuring 150 different interactive indoor and outdoor exhibits. There is an art studio, a library, an outdoor theatre, a restaurant and a gift shop on site.

If time allows, visit the spectacular King Abdullah Mosque, this distinctive landmark in the city stands out with its magnificent blue mosaic dome. The mosque can house up to 7,000 worshippers with additional space for 3,000 more in the courtyard.

If you happen to be in town when there is a concert or other live performance held at the spectacular Roman Amphitheatre be sure to catch a show in this ancient setting.

`Beit Sitti` (meaning my Grandmother`s house) is a restaurant that offers diners a unique dining experience set in the oldest neighborhood in the city. The popular restaurant and cooking school was established by three sisters who wished to keep their grandmother`s legacy alive through her recipes. The restaurant allows you to learn how to cook several Arabic dishes and then enjoy the fruits of your labor. (Reservations need to be made in advance.) 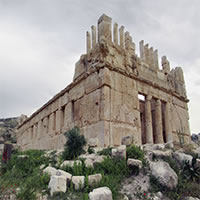 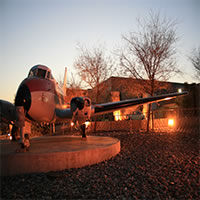 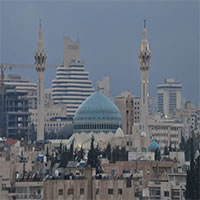 Should you be able to spend additional days in Amman check out the Jordan National Gallery of Fine Arts featuring a large collection of art and sculptures along with pottery. The Jordan Archaeological Museum boasts an interesting collection of antiquities and artifacts from all over Jordan.

Mount Nebo is the highest point in the country standing at 2,330 feet above sea level. The area is famous as the place where Moses was granted a view of the Promise Land in the Hebrew Bible. From the summit, there are breathtaking views overlooking the Holy Land, the Valley of the River Jordan and the Dead Sea.

Umm Qais or Qays is an ancient Greco-Roman City of Gadara ruins that sit on the Jordan border of Palestine and Syria. Extensive ruins can be seen in the area along with great views of the Sea of Tiberias. 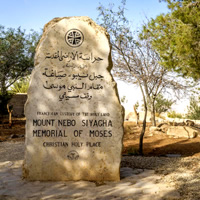 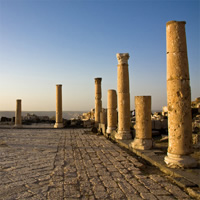 Your Last Day in Amman 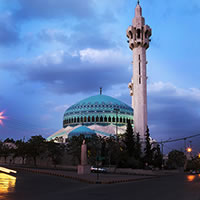