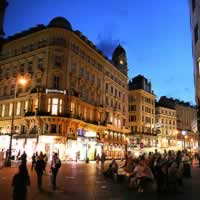 Encircled by the Ringstrasse Boulevard, Innerstadt is at the center of Viennese life and the historic core of the city. It also concentrates the vast majority of all sightseeing attractions of Vienna. The spires of Gothic St. Stephen's Cathedral rise above lanes filled with horse-drawn Fiaker (carriages) and street entertainers. Shoppers browse specialty shops on Graben or Kärntner Strasse before indulging with chocolate cake in chandelier-lit Cafe Sacher. The Vienna State Opera draws opera aficionados after dark. Competing with both the cathedral and the Opera House as the district's most famous building is the Hofburg, the Habsburg palace that's now a showcase of tourist attractions, including the Wiener Sangerknaben (Vienna Boys Choir), the Spanische Reitschule (Spanish Riding School) where visitors can watch talented equestrians, the National Library and six museums. Other significant landmarks include the Rathaus (City Hall), Parlament (Parliament), the Universität (University of Vienna), the Naturhistorisches (Natural History) and the Kunsthistorisches (Art History) museums, and Stadtpark. Music fans can also pay homage to Vienna's famous musical citizens, which include Mozart, Haydn and Schubert, at the Haus der Musik in the southern corner of the Innere Stadt. 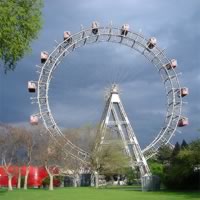 Leopoldstadt sits directly across the Danube Canal on the northeast side of the city, sandwiched between the Danube and the Danube Canal, just a short subway ride away from Innere Stadt. Here you'll find the beloved Prater Park, a massive city park that features an amusement park and is also filled with chestnut-shaded avenues, beer gardens and the iconic Riesenrad Ferris wheel. The acclaimed Vienna Boys' Choir sings at baroque. Leopoldstadt was once the home of the majority of Vienna's Jewish population, which included icons such as Sigmund Freud and Theodor Herzl. Another must-see attraction is the Wiener Kriminalmuseum (Criminal Museum), which showcases evidence pertaining to some of Vienna's most gruesome murders. 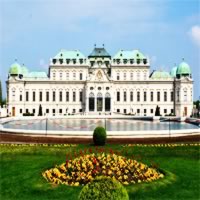 West of Innerstadt, the pastoral Stadtpark spreads into this district where you'll see more of Vienna's imperial charm. Streets are dotted with churches, monuments, and palaces, such as the grand Schwarzenberg Palace and the looming Konzerthaus (concert house). Cultural Landstrasse is home to Viennese artist Hundertwasser's most unusual creations including the KunstHaus Wien and the Hunderwasserhaus. However, the top attraction remains Prince Eugene Savoy's Belvedere Palace, an exquisite example of baroque architecture, showcasing Klimt's 'The Kiss'. Several embassies are in a small section of Landstrasse that's known as Vienna's diplomatic quarter. The Wien Mitte rail station and the City Air Terminal are also here. 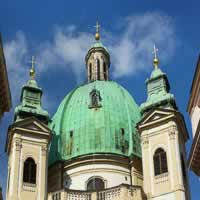 The Wieden district, which sits just south of Innere Stadt, extends south from Opernring and Kärtnering, and is just as fashionable as the 1st District. Art Nouveau townhouses characterize the fashionable neighborhood. Here, hungry locals graze the Naschmarkt for fresh produce and trams rattle across Karlsplatz (Charles Square), a historic square with its domed namesake, Karlskirche, an immense baroque church framed by magnificent freestanding Roman columns. Sitting just north of Karlsplatz is the Wien Museum Karlsplatz (historical museum), which showcases everything from 16th century Viennese armor to paintings by Gustav Klimt. Kärnerstrasse, the main boulevard of the city center, turns into Wiedner-Hauptstrasse as it enters this district, and the Südbahnhof, one of the two main train stations, lies at its southern tip. 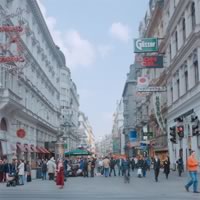 Mariahilf is known for its shopping opportunities. The 6th District is home to the Mariahilferstrasse, one of the city's busiest shopping streets. The sprawling, lively Naschmarkt (produce market), selling fresh fruits, vegetables, breads, cheeses, and more, is ideal for people watching. On Saturdays, the adjacent Flohmarkt (flea market) adds to the lively atmosphere as vendors sell antiques and junk. The surrounding streets are packed with beisls (small eateries), theaters, cafes, and pubs. Farther from the city center, you'll find that the landscape becomes more residential. 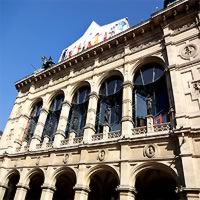 Sitting west of the Ringstrasse, Neubau is home to the renowned MuseumsQuartier, a modern museum complex that houses the Leopold Museum, the Museum Moderner Kunst Stiftung Ludwig (MUMOK) Museum of Modern Art and the ZOOM Kindermuseum (Children's Museum), to name a few. Just west of the MuseumsQuartier, atop a hill is the picturesque and once neglected Spittelberg quarter. Nestled in cobbled, lantern lit streets, the old Spittelberg houses have been renovated into boutiques, restaurants, theaters, art galleries and welcoming Beisln (taverns), a perfect backdrop for an afternoon stroll. 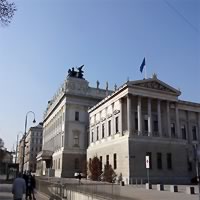 Bordering the northern section of the Ringstrasse and sitting just north of Neubau, this is the smallest of Vienna's 23 districts and was once home to Vienna's civil servants. Like Neubau, this quiet, friendly neighborhood sits behind the City Hall and the adjacent grand museums of the Ringstrasse. Here you'll find secluded parks, charming cafes, and elaborate monuments, churches and markets like Brunnenmarkt. Vienna's oldest and most intimate theater, Josefstadt Theater, has stood here since 1788. By day, appreciate the Old Master paintings and baroque splendor of Palais Liechtenstein. By night, see experimental theatre at the Schauspielhaus or top-drawer opera at the Volksoper. 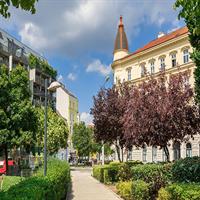 Known as the fifth district, Margareten is located a bit farther from the Inner City. The district offers a fun, Bohemian vibe that is aesthetically pleasing and artsy cool. You`ll start to see more residential neighborhoods in this area, representing the continual growth of Vienna`s middle class. The district blends hip eateries and avant-garde cinema with a time travel into 1950s Vienna. The historic homes of composers Franz Schubert and Christoph Gluck still stand here among modern apartment complexes and industrial centers. The district is multi-cultural due to the affordable housing and is sometimes considered a workers suburb.

The nearby urban Renaissance castle of Schlossquadrat houses several restaurants. You will also find plenty of shops and grocery stores, some that have remained virtually unchanged in the past 60 years. Foodies should be sure to browse the famous Naschmarkt, where you can pick up locally sourced ingredients at bargain prices. This area is close to the main train station Hauptbahnhof and you`ll also be near a lot of transportation options. 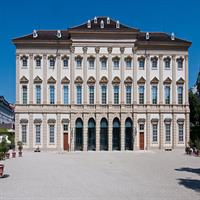 Alsergrund is the 9th District, often times referred to as the Academic or Student Quarter. The area offers lots of inexpensive restaurants and some small, hole-in-the-wall bars. The streets boast some beautiful architecture and hidden squares that flower in springtime, historic museums, the university of Vienna buildings and plenty of delicious cafes and neat coffee spots. Some highlights of this area include Freud Museum, on Berggasse; Liechtenstein Palace, one of Vienna`s biggest and brightest, which today houses the federal Museum of Modern Art; and at the northern end is Franze-Josef Bahnhof, an excellent depot for excursions to Lower Austria.