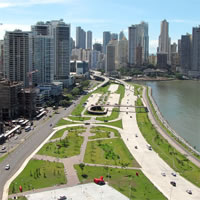 Panama Viejo features a tourist favorite, which highlights ruins of old Panama City built by the first settlers in Panama. The UNESCO World Heritage Site was also where The Amazing Race and Survivor were filmed. If you’re a traveler who loves to stay in shape on the road, this area’s beautiful paths and walkways are fantastic for running and strolling on a breezy day. 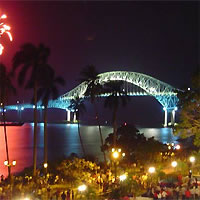 If you’re flying domestically in Panama, then you’ll be visiting the neighborhood of Albrook, which is about 10- 15 minutes from city center by car. About 10 minutes away from Albrook is Cerro Ancón, which is a 654-foot hill that overlooks Panama City. During much of the 20th century, it was under US jurisdiction as part of the Panama Canal Zone. Since it was never fully developed, Cerro Ancón became a jungle in midst of an urban area, where you can still find sloths, White-nosed Coati, Nine-banded Armadillos, Geoffroy’s Tamarins, or deer in the hills. Up in this area, you can catch a 360-degree view of the entire city, including the canal. 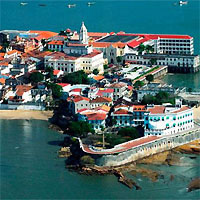 Also known as Casco Antiguo or San Felipe. Casco Viejo is charming, rustic and absolutely a must-see. If you can book a hotel in this area, do it! Since 1997, Casco Viejo has been designated as a World Heritage Site. The area was built following a near-total destruction of the original Panama City. Today’s Casco Viejo boasts beautiful ancient houses along alleys where you can wanderlust through walls embellished by vibrant street art. Enjoy local cafes, chic hotels and fun markets in the main square. 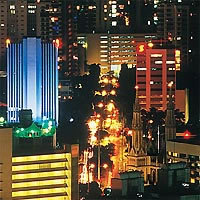 If you want the best view of the city’s skyline, then make a trip to Amador Causeway where you can sit back and enjoy the view from bars, cafes and a huge variety of restaurants to choose from. If you’re a fan of Frank Gehry’s work, then head over to Biomuseo (the architecture is so unique, you won’t miss it!) which was his first design in Latin America. Amador Causeway is a great place where you can sit back, and enjoy a breathtaking view. 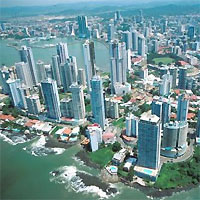 Grouping these two areas together because they both carry similar vibes and hub the city’s most modern high- rise buildings. You see that sailboat architecture as part of the skyline? It’s the Trump Panama, located right by the water in Punta Pacifica (also where we love to indulge in beautiful rooms and the delightful infinity pool!) You’ll immediately recognize this area in a taxi as palm trees parallel the coastline in conjunction with contemporary, wider yet congested streets. 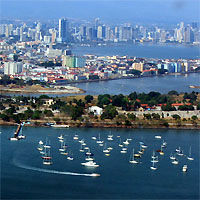 Marbella hosts some of the city’s most cutting-edge eateries. Both of Henesy-Rodriguez Group’s restaurants: La Posta and Market are located in Marbella. You’ll also find several chain hotels in this barrio with affordable prices per night (check out Manrey Boutique Hotel.) Neighboring barrios such as El Cangrejo, Area Bancaria, and Bella Vista are also lively. If you’re looking for a fun night’s outing, these areas host some of the city’s most happening bars and nightclubs.