THE BEST TIME TO VISIT CHINA 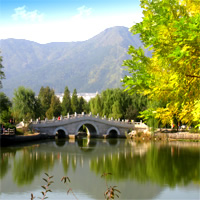 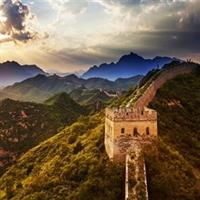 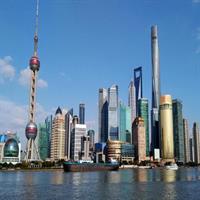 The weather in China varies and temperatures can be very diverse depending on the region you are visiting. China has rainforests, miles of coastline, deserts and jungles so the climate can be very different from one city to the next.

The south has a subtropical climate with high humidity and rain during the summer and the southeast coast experiences Typhoon Season from July through September. Central China experiences hot, humid summers a short snap of winter with temperatures that fall below 0. Winters in Beijing can be very cold with freezing temperatures from December through March and hot, humid summers. Generally, the best months to visit China are during the spring (March to May) and autumn (September to October) when the weather is not too hot and not too cold.

Times to avoid traveling in China would be during the country`s national holidays and vacations when prices skyrocket and the crowds become impossible to maneuver. The `Golden Weeks` is during the Chinese New Year (Lunar New Year - late January or mid-February) and the Chinese National Day (early October) when most of the Chinese population take their vacations. This means most local businesses will be closed as residents travel back to their hometowns to spend time with family making dining and shopping limited during this time of year. These are generally the weeks to avoid when tourist attractions become extremely crowded, prices are very high for flights, trains and travel in general and accommodations are high or completely sold out.