Welcome to Hungary! If you are arriving at the airport, you will go through customs and immigration. Should you opt to purchase a transfer to your hotel, a representative will be waiting for you as you exit immigration. Whether you arrive by air or rail, make your way to central Budapest and arrive at your hotel. Check in and do not give in to jet lag! There is so much for you to see and do!

Begin the trip by sampling one of the most famous coffeehouses in Budapest: Cafe Gerbeaud, the New York Cafe, and the Ruszwurm Confectionery are the best-known. From there, head north on the Buda side of the river to the Aquincum Museum, and learn about the settlement the Romans built close to modern-day Budapest.

While on the Buda side, pay your respects at the tomb of Gul Baba, a poet and cleric who helped Suleiman the Magnificent claim these lands in the sixteenth century for the Ottoman Empire. To round out the day, visit the whale-shaped New Budapest Gallery and event space to view the finest works of applied art on display anywhere in the capital. End the evening by taking a visit to Szimpla Kert in Pest, a popular `ruin bar` which has become an expatriate and tourist meeting place. 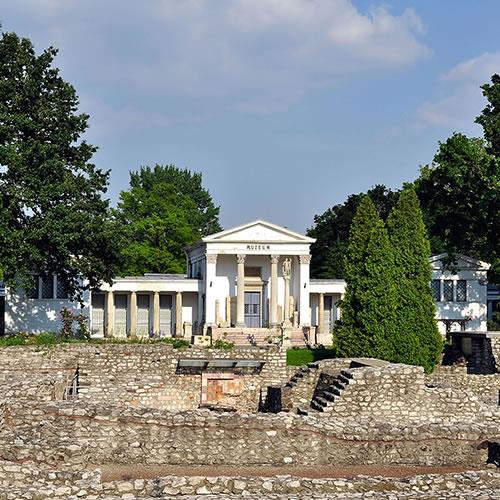 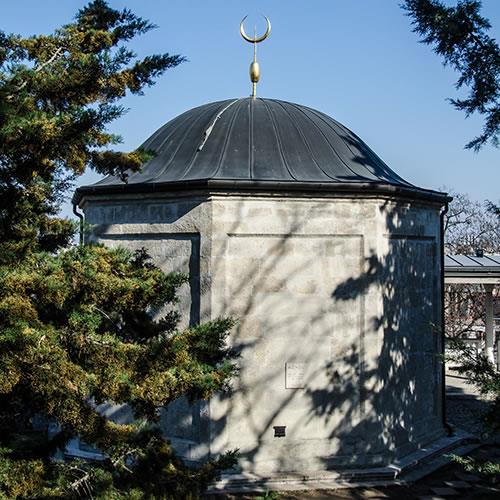 This morning we recommend that you start at the Opera House with a short ride by Millennium metro (the first underground metro line in continental Europe) to reach Heroes` Square and Varosliget, Budapest`s City Park. Afterwards, visit of the Vajdahunyad Castle complex followed by a stop at the Szechenyi thermal baths where the guide will explain about Hungarian bath culture. If you wish, go to the Budapest Zoo and Botanical Gardens afterward, also on the City Park property.

Continuing on, you will see the areas of Ferenc Deak Square, Elisabeth Square and St. Stephen`s Basilica before taking a break in a cafe for a taste of Hungary`s pastry called `retes`, which is a strudel. Following a short stroll along Vaci Street, the best-known pedestrian shopping street in the city, and Vorosmarty Square, you will head down to the Danube Promenade, where you can view the Shoes on the Danube Holocaust Memorial and see spectacular views of Gellért Hill and the Citadella, the Buda Hills, and the Buda Castle district.

After a brief stop at Lajos Kossuth Square in front of the Hungarian Parliament, you will cross the famous Szechenyi Chain Bridge, the oldest bridge connecting Buda and Pest. Then you will climb up the stairs (or take the funicular) up to the Buda Castle district to see the Royal Palace, Matthias Church and Fisherman`s Bastion.

From Fisherman`s Bastion, sip a glass of wine as you watch the sun set over Pest. Wander through the old cobbled stone streets while you wait for darkness to fall - the views of Parliament and the Chain Bridge illuminated at night are absolutely breathtaking! 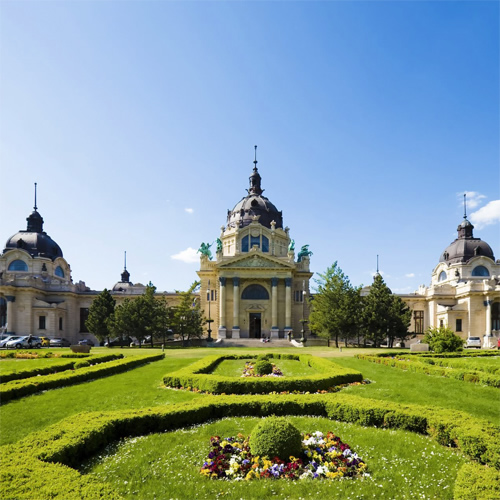 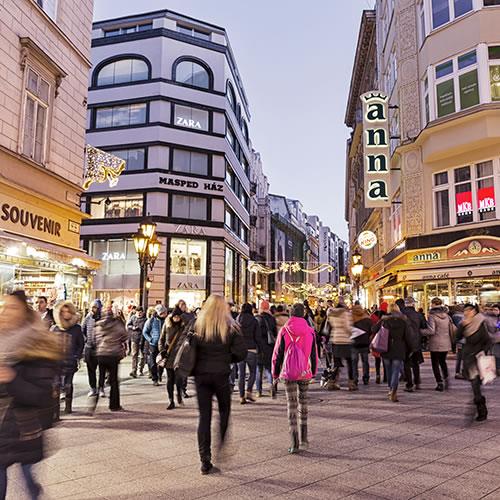 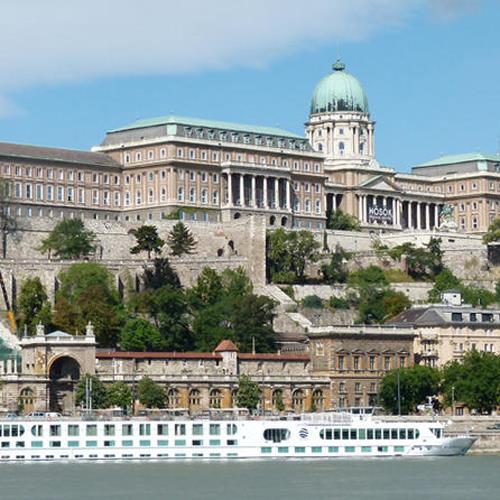 Budapest is home to many museums, including the Ethnographical Museum, the Museum of Fine Arts and the Hungarian National Gallery. An afternoon in the Jewish district (District VII) will not disappoint. The Dohány Street Synagogue is the largest in Europe. In the rear courtyard, you will see a weeping willow sculpture, the Raoul Wallenberg Holocaust Memorial, which lists the names of the Hungarian Jews murdered during World War II, and also honors Raoul Wallenberg and other `righteous among the nations` who helped Hungarian Jews escape Hitler`s regime. The smaller Rumbach Synagogue is right around the corner.

A trip to the Central Market Hall is not only a good place to pick up souvenirs, but also a fun place for people watching. The balcony overlooking the whole market is an experience you should not miss. Cross the Liberty Bridge afterward and make your way to either the Gellért Baths or the Rudas Baths near Elisabeth Bridge and relax at one of these healing spas.

If you have time, we suggest a trip to Memento Park. These days most people have forgotten that the city was once filled with statues to Lenin, Marx and other representations of the Communist era. In the aftermath of 1989, a plan was conceived for an outdoor museum, Memento Park, for these unwelcome reminders of those difficult times. Besides the 42 statues, you will find a lot of symbolism and metaphors for the ugly realities of Communism. 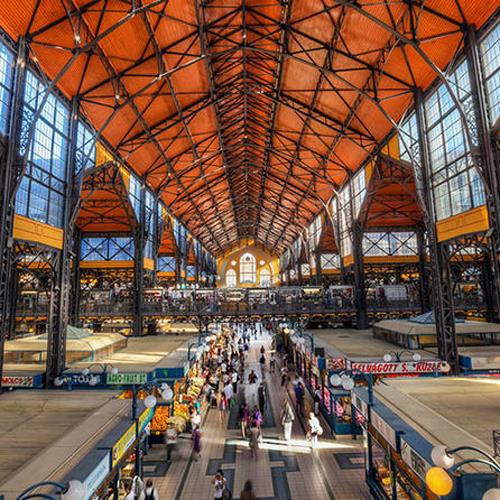 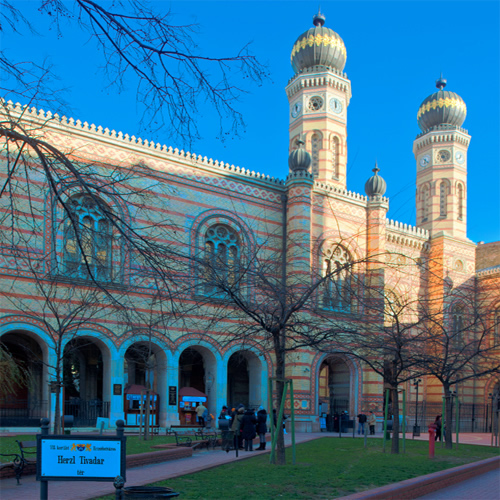 Should you be able to spend additional days in Budapest, then try a day trip outside of the city to experience even more of the rich history and culture of Hungary. We suggest you take public transportation such as the commuter rail line #5, which will take you to the picturesque artists` village of Szentendre where you will visit the magnificent Caprice Hungarian Jewellery Center. If you would like to experience more of Hungary`s history further afield, consider arranging for transportation to take you to Visegrad, the former Royal Residence and to Esztergom, center of the Catholic Church.

Return to Buda and visit Sandor Palace, the current residence of the President of Hungary. Afterwards, visit Pest once more and tour the House of Terror, largely dedicated to life, struggles, and torments as Hungary experienced them during the Soviet-dominated era from 1949 to 1989. 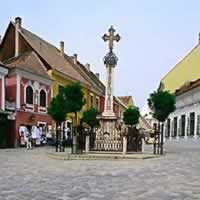 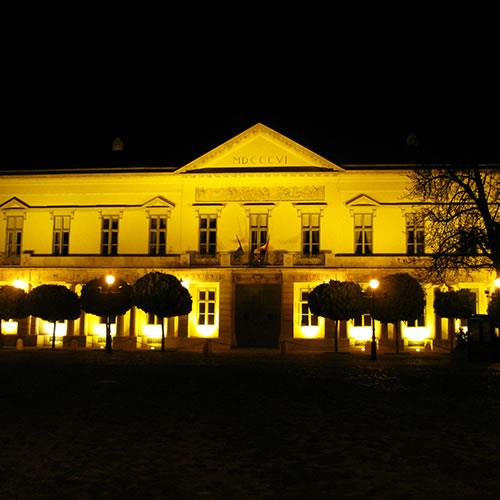 Your Last Day in Budapest 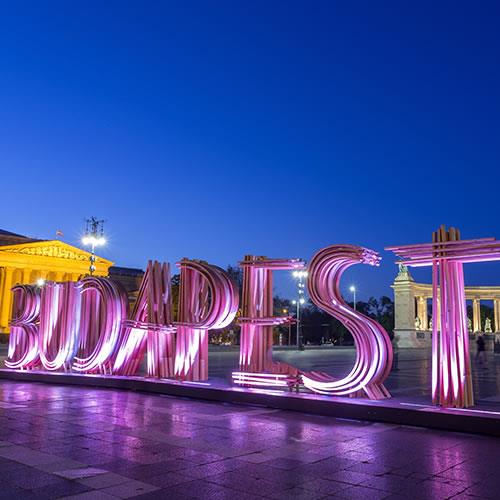