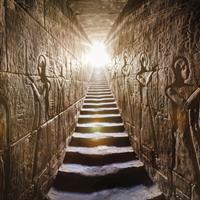 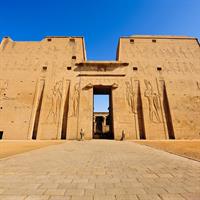 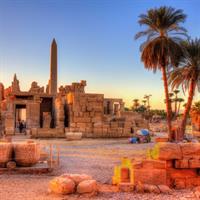 The city of Edfu, located in Upper Egypt on the west bank of the Nile River, was a flourishing Greek city in ancient times and was commonly known as Apollinopolis Magna, after the chief God Horus-Apollo. Today the city rich with history is a friendly and commercial town. Locals produce sugar from farm-grown sugar cane and decorative pottery. The Temple of Horus is one of the best-preserved ancient monuments in Egypt. Preserved by desert sand, which filled the place after the pagan cult was banned, the temple is dedicated to Horus, the avenging son of Isis and Osiris. With its roof intact, it is also one of the most atmospheric of ancient buildings.

Edfu
Map of Point of Interest