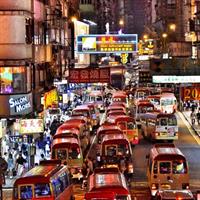 The neighborhood of Kowloon is situated on the north peninsula of Hong Kong Island and includes the areas of Tsim Sha Tsui and Mong Kok. A lively, bustling location featuring a mixture of malls, markets, restaurants and bars and a great place to watch the Symphony of Lights along Hong Kong`s waterfront promenade. There are two popular parks in the area the Kowloon Tsai Park featuring a community swimming pool and the Wall City Park. The Hong Kong History Museum can be found in this area along with the Avenue of the Stars. 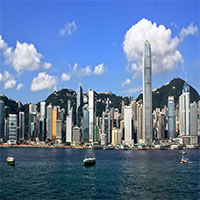 The neighborhood known as `Central` is where Hong Kong began, it was the site of the original British settlement in 1840, it is also known as Victoria after the Queen. This is the most important business and financial center in the city where skyscrapers dominate the famous skyline. A large entertainment district filled with some of the most popular nightlife in Lan Kwai Fong and SoHo. Both of these districts are packed with restaurants, bars, and clubs, along with some of the most sophisticated hotels and high-end shopping centers. The city`s famous trams run through the streets where visitors can find outdoor markets, the Chater Garden, Botanical Gardens, Hong Kong Park and The Peak which is the tallest point on the island. 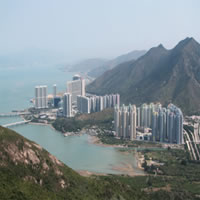 The area of Lantau Island sits west of Hong Kong Island, and is the largest island in the city situated at the opening of the Pearl River. The area was first known as the location of several fishing villages and the quaint Tai O Fishing Village still remains here, with wooden houses built on stilts that sit on the water flats. Today the area is filled with some of the most popular attractions in the city, such as the Po Lin Monastery where the Big Buddha sits, the Ngong Ping Cable Car and Hong Kong`s Disneyland. There are some beautiful beaches here and mountains that fill the region where Lantau Peak can be found, which is the best place to watch a sunrise. 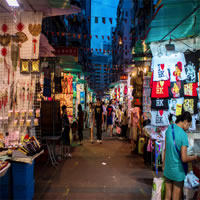 The neighborhoods of Jordan and Yau Ma Tei are two of the most authentic districts of Hong Kong with a rich Chinese history. The popular Temple Street Night Market is featured here with a mixture of stalls including a jade market and narrow passageways filled with fortune tellers, outdoor restaurants, and bars. This is a true Chinese neighborhood with lots of culture and history along with street markets and shops, the perfect place to explore on foot. 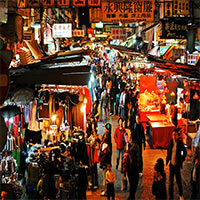 The area of Mong Kok sits on the peninsula to the north of Yau Ma Tei, a lively, bustling Chinese neighborhood filled with restaurants, colorful markets and shopping arcades. Visitors can find the Bird Market, the Ladies Market, and the Flower Market here, a beautiful place to take a stroll and do some shopping. 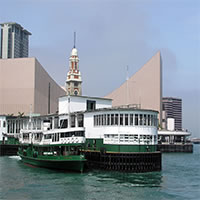 The neighborhood of Sheung Wan is one of the oldest districts in Hong Kong, situated in the western region and surrounded by the areas of Victoria Harbor, Central and Sai Ying Pun. The area is home to the Sheung Wan MTR station and the Macau Ferry Terminal. The district features plenty of art galleries, cafes and boutiques in the vicinity called `Po Ho` which consists of Po Hing Fong and Tai Ping Shan Streets. The name refers to the numerous building names that start with Po which translates to `treasure` in Cantonese. The most famous street in the neighborhood is Hollywood Road packed with restaurants, shops, bars and street art. The area has a laid back atmosphere with traditional charm, it was where the British landed in 1842 and features the oldest temple in Hong Kong, Man Mo Temple. 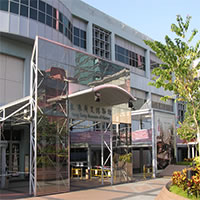 The area of Tsim Sha Tsui sits at the southern tip of the Kowloon peninsula, a very highly populated tourist area in the city of Hong Kong. The busy neighborhood is filled with hotels, offices, shops, restaurants, and museums along with the beautiful Kowloon Park. Visitors can find the Museum of Art, Space Museum, Science Museum and the Museum of History located here along with some of the best shopping in the city with the largest shopping mall and the `golden mile of shopping` on Nathan Road along with spectacular nightlife. 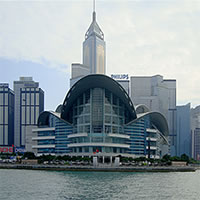 The area of Wan Chai and Causeway Bay are situated on the east side of Central, a popular shopping mecca featuring shopping malls, department stores, boutiques, restaurants and more. Many office buildings and hotels are set here in high-rise buildings and some of the highest rents in the world in Causeway Bay. The area is well known for its art scene with the Academy of Performing Arts along with the Convention and Exhibition Centers and Bauhinia Square all situated along the waterfront where you can catch the Star Ferry. Start street features trendy restaurants, cafes, bars, galleries and plenty of shopping that line Jardine`s Crescent.