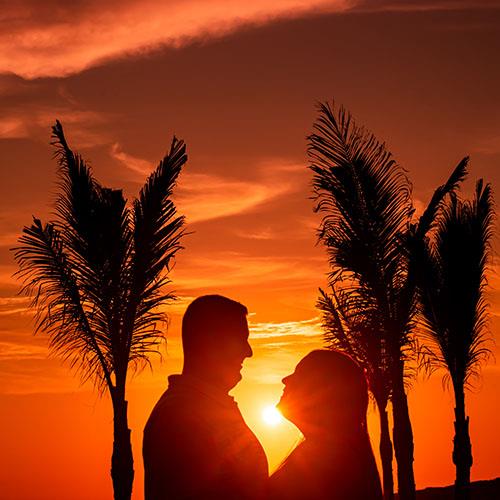 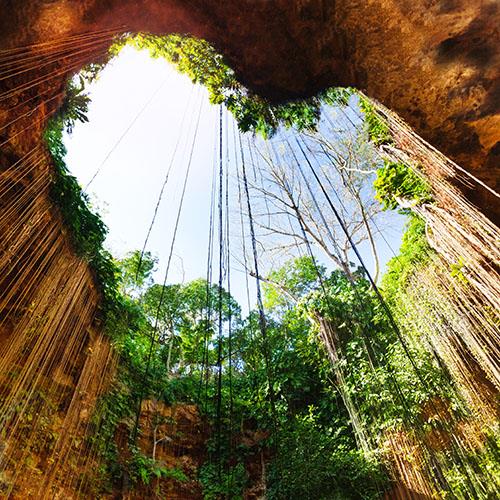 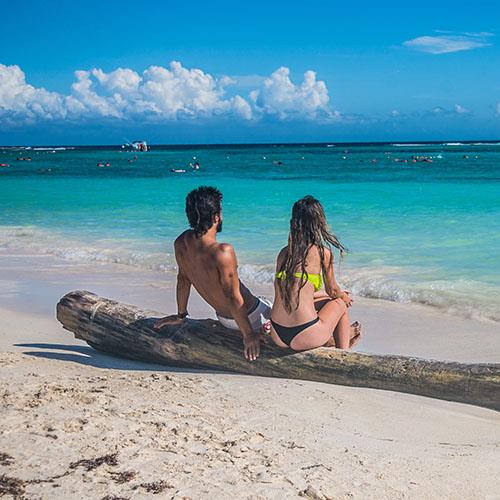 Mexico, with its majestic scenery, vibrant culture, fabulous beaches, and beautiful weather, is one of the most popular honeymoon destinations in the world. What better place to start your new life together as a married couple than Mexico? You can explore cities and towns, partake in outdoor activities such as snorkeling, ziplining, or jet-skiing, and enjoy dinner for two and massages on the beach. That is just one of many ways to enjoy a Mexican honeymoon vacation!

This package is great for those who want to feel the cosmopolitan flair that Mexico has. Start your journey in Mexico City, considered the world's second largest city and the oldest urban center in the Western Hemisphere. From there you will continue to Puerto Vallarta, the most diverse beach destination in Mexico's Pacific coast. With nearly 25 miles of coastline, nearby mountains, tropical jungles, and quiet colonial towns, Puerto Vallarta is the perfect destination for Mexico's first time visitors. Connection between cities by flight. This is a flexible vacation package. Select your number of nights in each city, desired hotel and activities.;
Included:
6 nights from $862*
Customize it
Customer feedback (2)

Close more details
A journey through beautiful cities in Mexico at your disposal in this vacation package. Visit Mexico City (high-altitude capital of Mexico, known for its historic sites such as Templo Mayor and more); and Tulum (known for being one the last cities built and occupied by the Mayans and popular beach destination). These destinations are connected by flights. This is a flexible vacation package. Select your number of nights in each city, desired hotel and activities.;
Included:
Customize it

Close more details
A favorite vacation package that allows you to experience the best of Mexico's Yucatan Peninsula. Combine: Mexico City (high-altitude capital of Mexico, known for its historic sites such as Templo Mayor and more) and Cancun (best-known for its white sand beaches, near-perfect weather, and bright blue waters, is the Acapulco of Mexico's Gulf Coast). A flight connects these destinations. This is a flexible vacation package. Select your number of nights in each city, desired hotel and activities.;
Included:
6 nights from $769*
Customize it
Customer feedback (3)

Close more details
A wonderful combination of beautiful cities in Mexico. From Guanajuato Airport a transfer will take you to San Miguel Allende (located in the far eastern part of Guanajuato, Mexico. It is known for its well-preserved Colonial and Spanish architecture, its cobblestone streets and creative cuisine. Visitors can explore most of the city on foot, wandering its quaint streets and shopping for handicrafts such as pottery, woven baskets, and embroidered clothing). Get back to Guanajuato Airport to fly to the capital city, Mexico City (its historic center, better known as Zocalo, is declared World Heritage by UNESCO and is the heart of a living culture of Aztec capital city: The ancient Tenochtitlan. A stroll through the buzzing downtown area reveals the capital’s storied history, from pre-Hispanic and colonial-era splendor to its contemporary edge). Finally, catch a flight to Los Cabos (located at the southern tip of Mexico's Baja California Peninsula, with 350 sunny days a year, Los Cabos is Mexico's ultimate seaside escape. It's endless summer at the tip of the Baja Peninsula, and surfers, golfers, divers, and hikers come here for year-round water sports and outdoor activities). This is a flexible vacation package. Select your number of nights in each city, desired hotel and activities.;
Included:
7 nights from $1,222*
Customize it