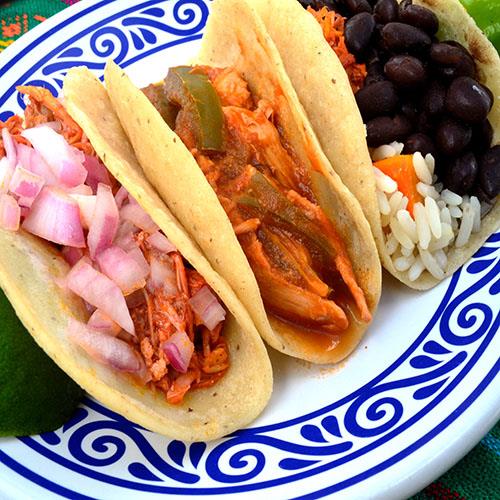 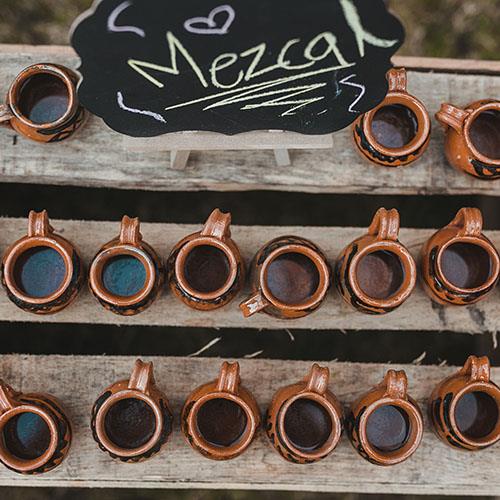 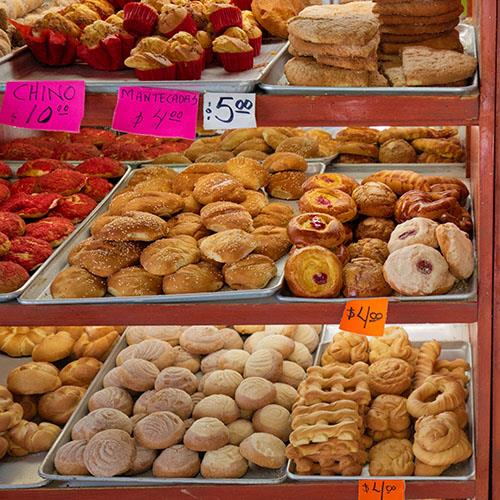 Mexican cuisine is one of the world`s most popular cuisines. Foods originating from Mexico, such as corn, beans, avocados, tomatoes, papayas, cacao, and chile peppers, have transformed the culinary landscape worldwide. The food and drink options that await you in Mexico are immense...just think of all the tacos, enchiladas, tamales, chilaquiles, and sopes you can eat, in addition to sweet breads (pan dulce), Mexican beers and wines, tequila, and mezcal! (And that's just the beginning!)

A journey through beautiful cities in Mexico at your disposal in this vacation package. Visit Mexico City (high-altitude capital of Mexico, known for its historic sites such as Templo Mayor and more); and Tulum (known for being one the last cities built and occupied by the Mayans and popular beach destination). These destinations are connected by flights. This is a flexible vacation package. Select your number of nights in each city, desired hotel and activities.;
Included:
Customize it

Close more details
An exciting adventure through Florida and Mexico at your disposal in this package. Discover Miami (well known for its beaches, such as Miami Beach and South Beach, as well as endless shopping opportunities) and Riviera Maya (a stretch of Caribbean coastline on Mexico`s northeastern Yucatan Peninsula). Flights connect these destinations. This is a flexible vacation package. Select your number of nights in each city, desired hotel and activities.;
Included:
6 nights from $1,029*
Customize it

Close more details
Experience a relaxed holiday in the southern of Mexico, in Baja California peninsula with this package. Spend your days soaking in the glorious sunshine of Los Cabos, known for its beautiful beaches, active nightlife and water-based activities like snorkeling and scuba diving. Don't miss the opportunity to visit its main attraction; the sea cabo arch: "El Arco de Cabo San Lucas". This is a flexible vacation package. Select your number of nights in each city, desired hotel and activities.;
Included:
4 nights from $499*
Customize it
Customer feedback (5)

Close more details
Culinary journey through Mexico!. This package begins in Mexico City (its historic center, better known as Zocalo, is declared World Heritage by UNESCO and is the heart of a living culture of Aztec capital city: The ancient Tenochtitlan. A stroll through the buzzing downtown area reveals the capital’s storied history, from pre-Hispanic and colonial-era splendor to its contemporary edge); continue with a private transfer to Puebla (it is the birthpace of mexican gastronomy, foodies attracted to Puebla to enjoy the delicious culinary options on a street food tour -take chance to try a special poblano sandwich called a cemita, sample deep-fried herbs called huauzontle in the market, and guzzle down chalupas (small corn tortillas, topped with salsa before being fried-, in a tiny local eatery); and finish, flying to Oaxaca (considered the gastronomic capital of Mexico; with the mole and its most famous export;-the Mezcal- the base of the worldwide tequila!. It is also the most ethnically and linguistically diverse state of Mexico and one of the most preserved and astonishing pre-Hispanic cities). This is a flexible vacation package. Select your number of nights in each city, desired hotel and activities.;
Included:
Customize it
Customer feedback (1)

With beautiful landscapes and golden beaches Mexico is a marvelous escape. Visit Cancun a Mexican city on the Yucatán Peninsula bordering the Caribbean Sea, is known for its beaches, numerous resorts and nightlife.This is a flexible vacation package. Select your number of nights in the city, desired hotel and activities.
Included:
Customer feedback (8)

An unforgettable holiday in Mexico’s northeastern Yucatan Peninsula. Immerse yourself in an incredible Mexican experience spending amazing days under the sun, in The Riviera Maya, along the Caribbean coastline of the state of Quintana Roo; famous for its large scale all-inclusive resorts with miles of beautiful white sand and beaches. This is a flexible vacation package. Select your number of nights in each city, desired hotel and activities.
Included:
Customer feedback (3)