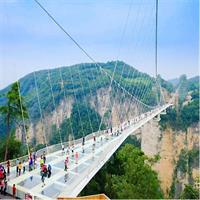 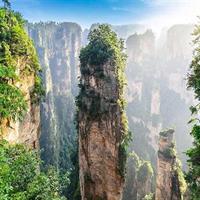 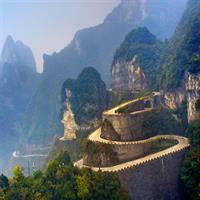 Zhangjiajie, a city in the northwest of China`s Hunan province, is home to the famed Wulingyuan Scenic Area. This protected zone encompasses thousands of jagged quartzite sandstone columns, many of which rise over 656 ft., as well as caves filled with stalactites and stalagmites. Wulingyuan also encompasses forests, rivers, waterfalls and 2 large natural land bridges, as well as endangered plant and animal species.

Zhangjiajie
Map of Point of Interest