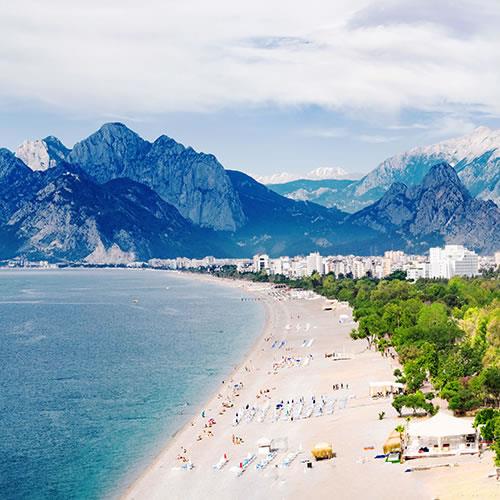 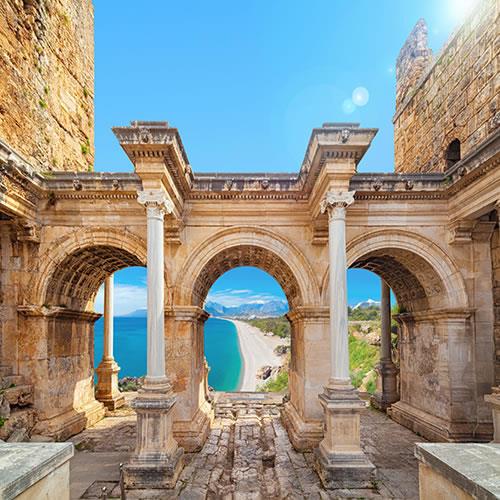 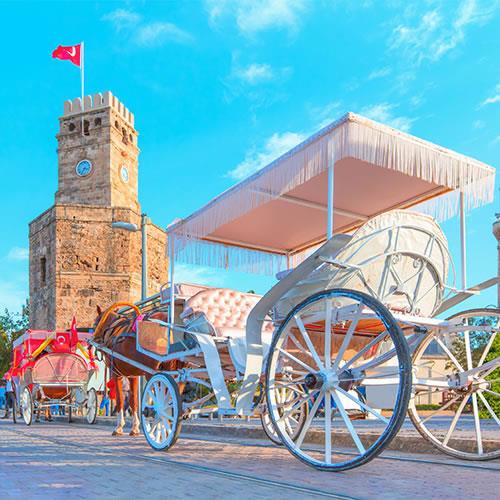 Located on the beautiful Mediterranean coast of southwestern Turkey, Antalya is considered to be `the capital of Turkish tourism`. The diversity of landscape, ranging from high mountains to sandy beaches, attracts lots of tourists. The area also has an overwhelming number of archaeological wonders. From Antalya you can take daytrips to the ancient sites of Aspendos, Perge, Side, and Termessos - all are located within a distance of 30 miles.

The perfect Combination! Visit Istanbul (A truly great romantic city, home to a layering of civilization on civilization, of empire built on empire. A stroll through this historic city will reveal ancient Roman hippodromes, peristyles, and aqueducts, the greatest excesses of the Byzantine Empire and the mystique and power of the Ottoman Empire) and Antalya (Located on the beautiful Mediterranean coast with a diversity of landscape ranging from high mountains to sandy beaches and an overwhelming number of archaeological wonders). Travel between them by flight. This is a flexible package. Select your number of nights in each city, desired hotel and activities.
Included:
6 nights from $1,331*

Antalya
Map of Point of Interest

Browse all 50 customizable packages  or  Build Your Own Itinerary