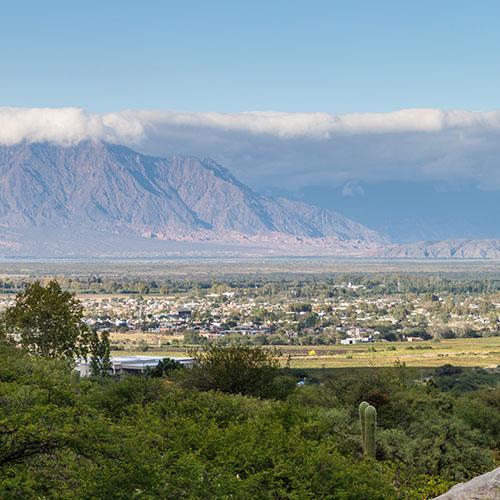 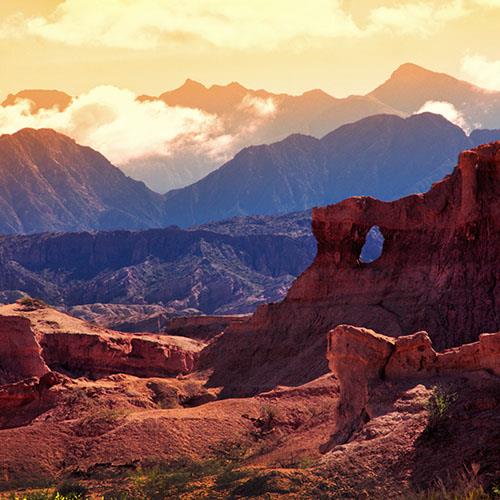 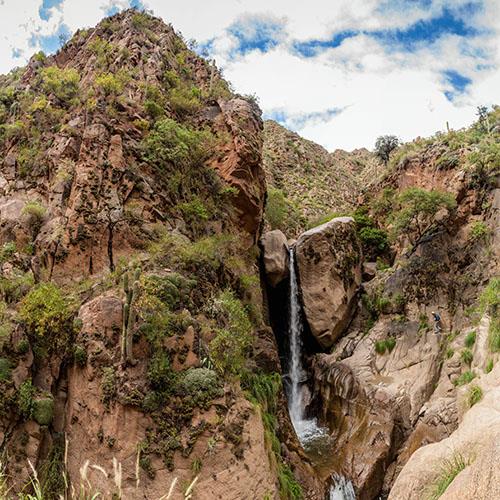 Cafayate is the gateway to the north of Argentina, a region that integrates together with the provinces of Santiago del Estero, Salta, Jujuy and Catamarca. Its capital, San Miguel de Tucuman, is a city that has the essential ingredients for visitors to feel at ease: friendliness of its people, history and architecture.

A wine and nature lovers package along Argentina!. Combine a visit to its bustling capital; Buenos Aires (where first-hand Tango, shopping, entertainment and gastronomy experiences await you). Next, catch a flight to Salta (in the north-west; an old colonial city full of stunning architecture; surrounded by rugged natural landscapes, mountains, vineyards and valleys. Its "The Train to the Clouds" is Salta's biggest attraction). After that, transfer will take you to your last destination, in Cafayate (surrounded by vineyards; is one of Argentina's charming Wine Towns, with Cafayate's signature wines; including Malbec's and Torrontes. It is also famous for its rocks formations and for Argentinean folklore. One last transfer will allow you to arrive at Salta Airport to catch your flight back home. This is a flexible vacation package. Select your number of nights in each city, desired hotel and activities.

Cafayate
Map of Point of Interest