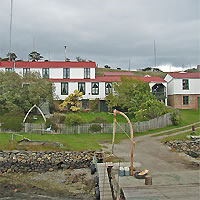 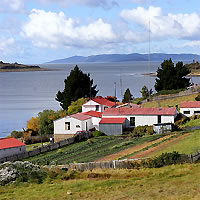 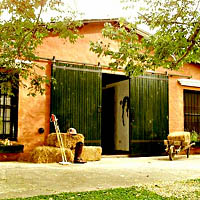 This is an opportunity to experience the Gaucho culture of the Pampas region, in the gracious environment of an 18th century Estancia (ranch). These traditional Argentine ranches feature grand haciendas that exude comfort, personalized service, and delicious cuisine, including customary barbeque of free range Estancia raised beef. Only an hour and a half from Buenos Aires, the Estancias are a perfect respite from the exhilaration of Buenos Aires, or exploring Argentina`s other extraordinary destinations, and steeping yourself in an important aspect of Argentina`s unique heritage.

Experience Argentina's food, wine and traditions! Start in Buenos Aires (to stroll in the streets of the Paris of South America and experience one of their Tango Shows), the fly to Mendoza (this city will enchant you with its vineyards, wineries, mineral waters springs and breathtaking Andes, Canyons and Valleys views) and last but not least, take a transfer to Estancias near Buenos Aires to enjoy a couple days of fresh air. This is a flexible vacation package. Select your number of nights in each city, desired hotel and activities

New experiences, rest and fresh air.. First, you will visit Montevideo, Uruguay's capital, a vibrant, eclectic city with a rich cultural life. Continue to Colonia, Uruguay's Spanish Colonial town, Colonia, known for its cobbled historic quarter and colonial Portuguese and Spanish buildings. Afterwards, stay in one of the Estancias near Montevideo, where you will adapt into a tipycal ''dias campestres'' , in english for countryside days, and fell in love with the nature all around. Then, continue to Punta del Este, the coastal hotspot where you will soak up the sun of the peninsula. This is a flexible vacation package. Select your number of nights in each city, desired hotel and activities.

Rent a car for 7 days – and visit the Typical Uruguayan Estancia, Punta del Este (one of southern Uruguay's most beautiful resort towns, with miles of beautiful beaches, luxury hotels, restaurants and glittery nightlife)  and Montevideo (Uruguay's capital, a vibrant, eclectic city with a rich cultural life).This is a flexible vacation package. Select your number of nights in each city, desired hotel and activities.

Combine Buenos Aires (to stroll in the streets of the Paris of South America and experience one of their Tango Shows), Puerto Madryn (sandy beaches and restaurant-lined promenade face Golfo Nuevo bay, where southern right whales breed from May to December), Ushuaia (located on the Tierra del Fuego archipelago, the southernmost tip of South America, nicknamed the “End of the World.”), Calafate (known for the imposing and legendary Perito Moreno Glacier), Puerto Natales (from where you will immerse in a fabulous cruise, the Skorpios III, from this cruise you will navigate the Kaweskar Explorers Route during three nights and discover amazing landscapes, glaciers, mountains and multicolored icebergs), Punta Arenas (Located on the Strait of Magellan, which connects the Atlantic and Pacific oceans, it's often used as base for excursions to the surrounding wilderness and Antarctica), Puerto Varas (A traditional German-style architecture characterizes the town, reflecting its colonial past) and Santiago (a truly cosmopolitan city able to preserve its traditions, located close to vineyards, wineries, ski resorts and beach towns). This is a flexible vacation package. Select your number of nights in each city, desired hotel and activities.

Estancias near Buenos Aires
Map of Point of Interest