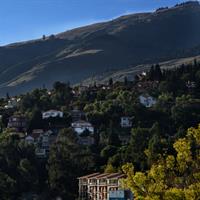 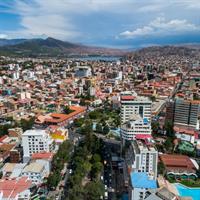 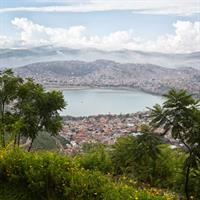 Cochabamba is a city and municipality in central Bolivia in a valley in the Andes mountain range. If you are traveling to Cochabamba Bolivia for the first time, the city is known for its good food, beautiful surroundings and for having the nicest climate in the country. Its name is from a compound of the Quechua words qucha lake and pampa, open plain. Residents of the city and the surrounding areas are commonly referred to as cochalas or, more formally, cochabambinos. The gastronomic center of Bolivia, Cochabamba is famous for serving huge portions of the countrys finest cuisine. It also happens to have a perfect year-round climate, a thriving cultural scene and plenty of stunning nature reserves right on its doorstep. King Charles III of Spain renamed the city has Villa of Cochabamba in 1786. 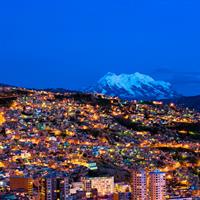 Highlights of Bolivia by Air

Discover Bolivia!. Start in La Paz (the highest capital city in the world and its cable car system, which is the world`s longest and highest, offers stunning views of the city. The city is an important cultural center of Latin America, as it hosts several landmarks belonging to the colonial time, renowned for its unique markets). The fly to Cochabamba (a city known as the heart of Bolivia and the gastronomic capital, with a very pleasant permanent spring-like climate, historic and colonial buildings at the city center and several nearby national parks). Last but not least, explore Santa Cruz de la Sierra (is the largest city in Bolivia, considered the most economically prosperous city in the country; known for its exciting nightlife, and as a base to a wide range of exciting tourist attractions). This is a flexible vacation package. Select your number of nights in each city, desired hotel and activities.

Cochabamba
Map of Point of Interest