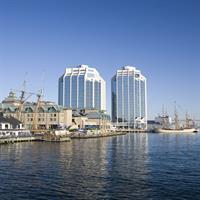 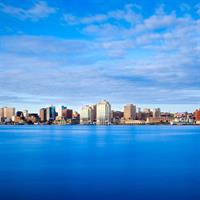 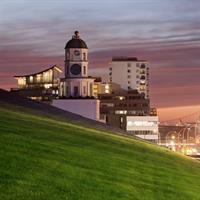 Discover iconic lighthouses, urban gardens, stunning galleries and museums, a waterfront science centre, and more world-class attractions in Halifax. This charming city is also well known for its multitude of unique dining, shopping, live music venues and nightlife. The city`s nearly 2.4 miles long harbourfront boardwalk is lined with shops, restaurants, cafes, and entertainment. Halifax is also the home to many of the region`s major cultural attractions, such as Halifax Pop Explosion, Symphony Nova Scotia, the Art Gallery of Nova Scotia, The Khyber, the Maritime Museum of the Atlantic and the Neptune Theatre. 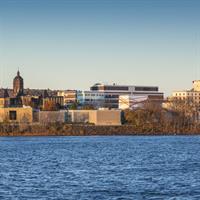 Best of Eastern Canada (Self Drive)

The Eastern Canada Provinces are famous for its stunning coastal views with miles of sandy beaches, red sandstone cliffs, marine wonders and historic sites. With a Rental Car, discover their main destinations with stays in: Fredericton (New Brunswick’s capital city, rich in culture, and history. This quaint city is as the craft beer brewing town of Canada, an center for education and vibrant centre point for the region's top visual artists and music festivals) and Saint John (the only city on the shore of the Bay of Fundy, home to the world's highest tides and popular tourist destination known for its historic uptown streetscapes, cultural attractions and natural wonders). After that, visit Charlottetown (the capital and largest city of the Province of Prince Edward. Is Canada's “Birthplace of Confederation” with Victorian-era houses and buildings, a bustling harbor and picturesque waterfront boardwalk); and finally, Halifax (capital of Nova Scotia and the largest urban area in Atlantic Canada, usually called "Warden of the North" for its historic military role). This is a flexible vacation package. Select your number of nights in each city, desired hotel and activities.

Get an insider's access to Canada's most populous provinces, with a Rental Car. Start at: Calgary (the major urban centre for the entire province of Alberta, at the eastern foothills of Canada’s Rocky Mountains); then, Banff (Canada's first national park and the world's third, it has a rich heritage as one of the world's most awe-inspiring mountain destinations); and after that, Edmonton (Capital city of the Canadian province of Alberta, known for for its natural beauty, culture, history and attractions). Continue, driving along Fredericton and finally, explore Halifax (is the capital and the most multicultural city and largest municipality of the Canadian province of Nova Scotia, home to many of the region's major cultural attractions and is home to one of the world’s longest downtown boardwalks). This is a flexible vacation package. Select your number of nights in each city, desired hotel and activities.